Opioids were part of 70% of the deaths. by Christopher Conover Tweet 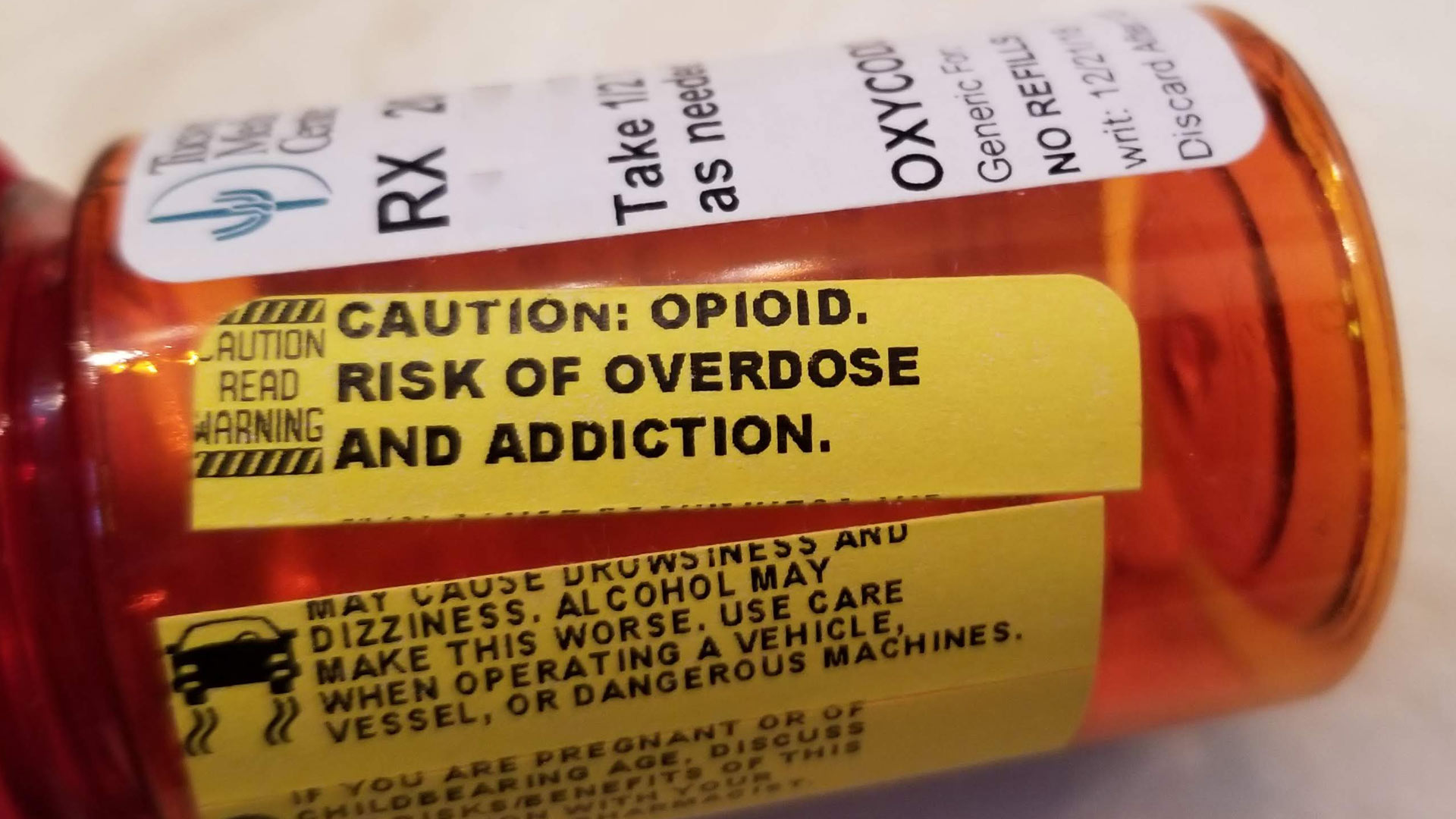 A warning label for opioid addiction on an oxycodone bottle.
AC Swedbergh/AZPM

In 2020, 446 people in Pima County died from overdoses, according to the Pima County Health Department. That was a 32% increase from 2019 and 70% of the deaths involved opioids.

Pima County wasn’t alone with those types of numbers in Arizona.

“We are seeing overall numbers increase at a rate we haven’t seen in quite a while, to be honest,” said Haley Coles, Executive Director of Sonoran Prevention Works.

Coles said pandemic stresses and the related sagging economy were contributing factors to the increasing numbers.

“We know that when people’s social environments are uprooted that absolutely leads to more chaotic and risky substance use. One of the things that we encourage folks to do to be safe is if they are going to be using to not use by themselves. And especially in the early days of the pandemic that was really difficult for a lot of people,” said Coles.

The Tucson Police Department’s Substance Use Resources Team gets help to people with substance misuse disorder. It offers them a chance at rehab instead of a trip to jail. Officers also give them information and Naloxone, an anti-overdose drug, if they want.

“Now more than ever, it seems as if we are dealing with a lot more individuals who are homeless who are finding themselves on the streets when they didn’t anticipate that happening to them,” said Sgt. Erika Straka with TPD’s Substance Use Resources Team.

“We really wanted to encourage peer distribution, so we didn’t have to have 10 people coming to us for an overdose prevention kit. We could give one person 10 kits and that person could go to each of those folks,” said Coles.

During the pandemic, Sonoran Prevention Works also began a mail-order system for the distribution of Naloxone. The system allowed them to distribute the drug without personal contact. Adding to the difficulty of the fight against opioids is a new synthetic form of Oxycontin laced with fentanyl that has hit the streets. It has become more common than heroin.

Nearly half of the overdose deaths in Pima County last year involved fentanyl, according to the health department. Between 2014 and the end of last year that marked a 4040% increase.

In 2020, overdose deaths among Black and African Americans in Pima County increased by 71% and among Native Americans, the increase was 73%.

In many places, life has started to return to something like normal, but overdose deaths are still rising.

More than 125 overdose deaths have already been reported in Pima County putting 2021 on pace to surpass 2020.

The number of fentanyl deaths in the county during the first three months of the year is more than double the same time frame in 2019.

Monsoon or nonsoon? Hard to say Some pushing for wider distribution of opioid-overdose antidote Pascua Yaqui clinic working to treat opioid addiction, overcome stigma
By posting comments, you agree to our
AZPM encourages comments, but comments that contain profanity, unrelated information, threats, libel, defamatory statements, obscenities, pornography or that violate the law are not allowed. Comments that promote commercial products or services are not allowed. Comments in violation of this policy will be removed. Continued posting of comments that violate this policy will result in the commenter being banned from the site.