Officials from the Coronado National Forest and the National Park Service discuss conditions this year. by Zachary Ziegler TWEET SHARE 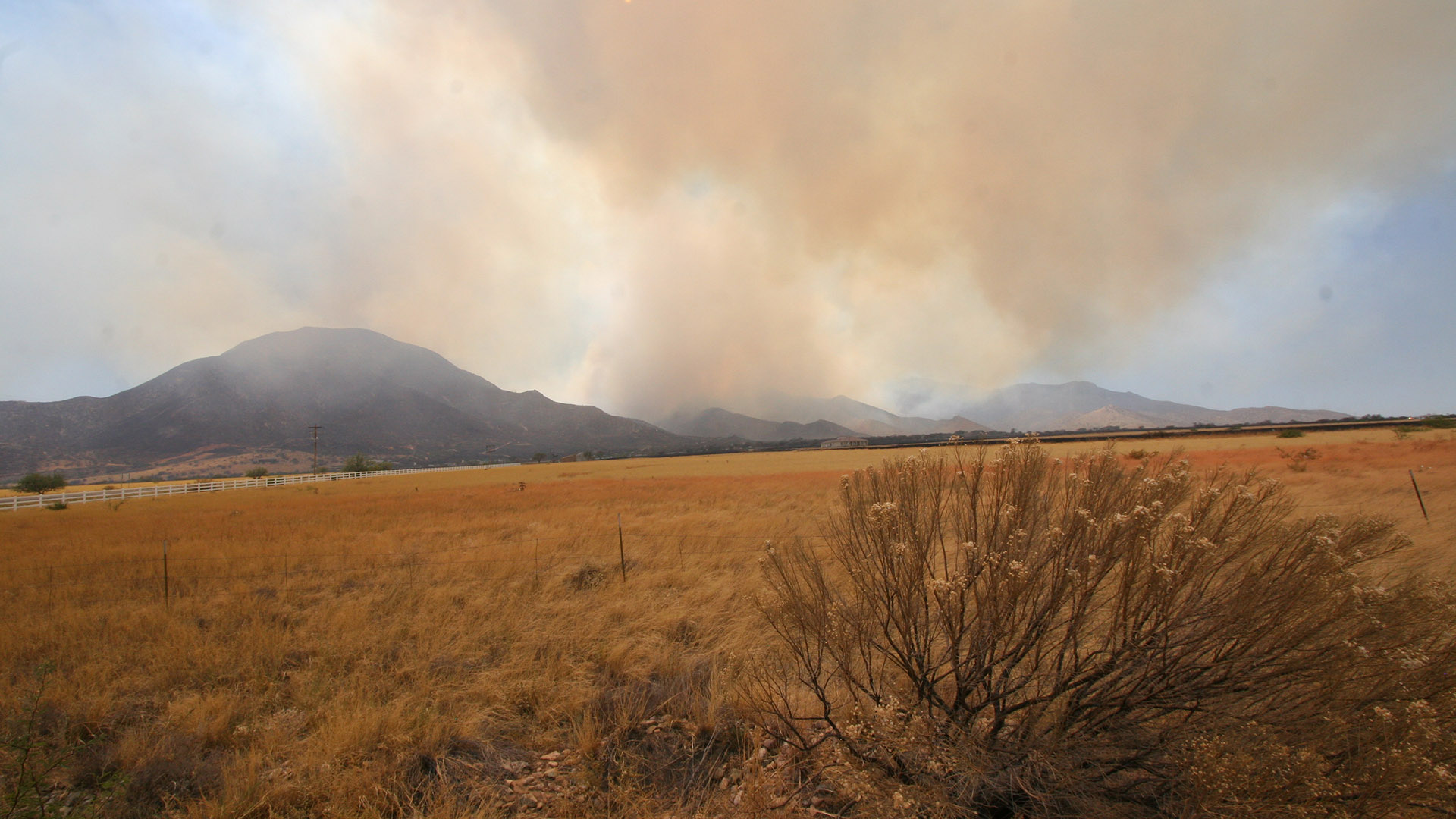 The Wallow Fire burns in the distance, in 2011.
Michel Marizco, Fronteras Desk

If you use public lands, you’ll likely be wary of the risk of wildfire in spring and summer. But land managers say the danger doesn’t stop there.

Instead, wildfire is a year-round issue, according to Coronado National Forest spokeswoman Heidi Schewel and the National Park Service’s Michelle Fidler. Arizona Public Media’s Zac Ziegler spoke to the two officials, who discussed current conditions and the forecast this year. See the complete interview this Friday on Metro Week.

Wildfire Crews Gaining Upper Hand in Cochise County Containment Expands on Wildfire East of Tucson Winds Drive Cochise County Wildfire to 14,900 Acres
By posting comments, you agree to our
AZPM encourages comments, but comments that contain profanity, unrelated information, threats, libel, defamatory statements, obscenities, pornography or that violate the law are not allowed. Comments that promote commercial products or services are not allowed. Comments in violation of this policy will be removed. Continued posting of comments that violate this policy will result in the commenter being banned from the site.