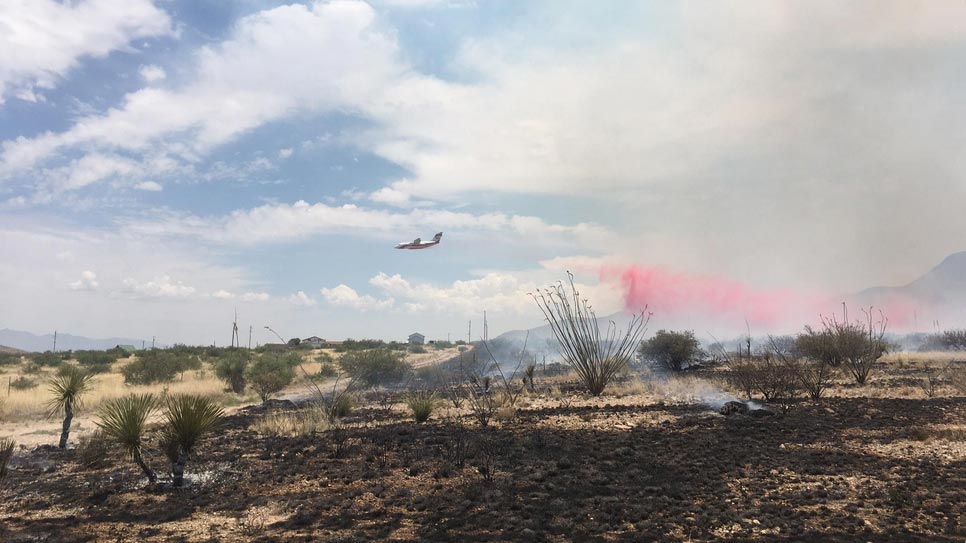 The Lizard Fire, near Cochise Stronghold 50 miles east of Tucson, was at 5 percent containment, and occupants of nearly three dozen homes remained evacuated.

Electricity to some of the sparsely populated area was cut off because the fire threatened a transmission line.

A ban was announced for aircraft not associated with the fire, after a drone was spotted over the area last week. Fire Information Officer Gerry Perry said the unmanned aerial vehicle was spotted near the northern edge of the fire Thursday evening.

“It could have been a very critical situation had it been any earlier," Perry said. "Luckily it was at night and our air operation had stopped.”

An air tanker and a helicopter were working over the fire earlier in the day, and if they had still been flying, Perry said, officials would have called the aircraft back to base.

“It would have stopped our operations," he said. "It may have resulted in more private property being burned. There’s all sorts of bad things that could have happened if it had been there just a little bit earlier.”

Federal law makes it a crime to interfere with firefighters on federal land. Perry said the case has been turned over to the Cochise County Sheriff’s Department for investigation.

The Lizard Fire started Wednesday from a lightning strike.

Wildfire Crews Gaining Upper Hand in Cochise County Containment Expands on Wildfire East of Tucson Cochise County Fire at 15K Acres, 15% Contained
By posting comments, you agree to our
AZPM encourages comments, but comments that contain profanity, unrelated information, threats, libel, defamatory statements, obscenities, pornography or that violate the law are not allowed. Comments that promote commercial products or services are not allowed. Comments in violation of this policy will be removed. Continued posting of comments that violate this policy will result in the commenter being banned from the site.