Flake On Gorsuch: Nominee Right About Role of Courts 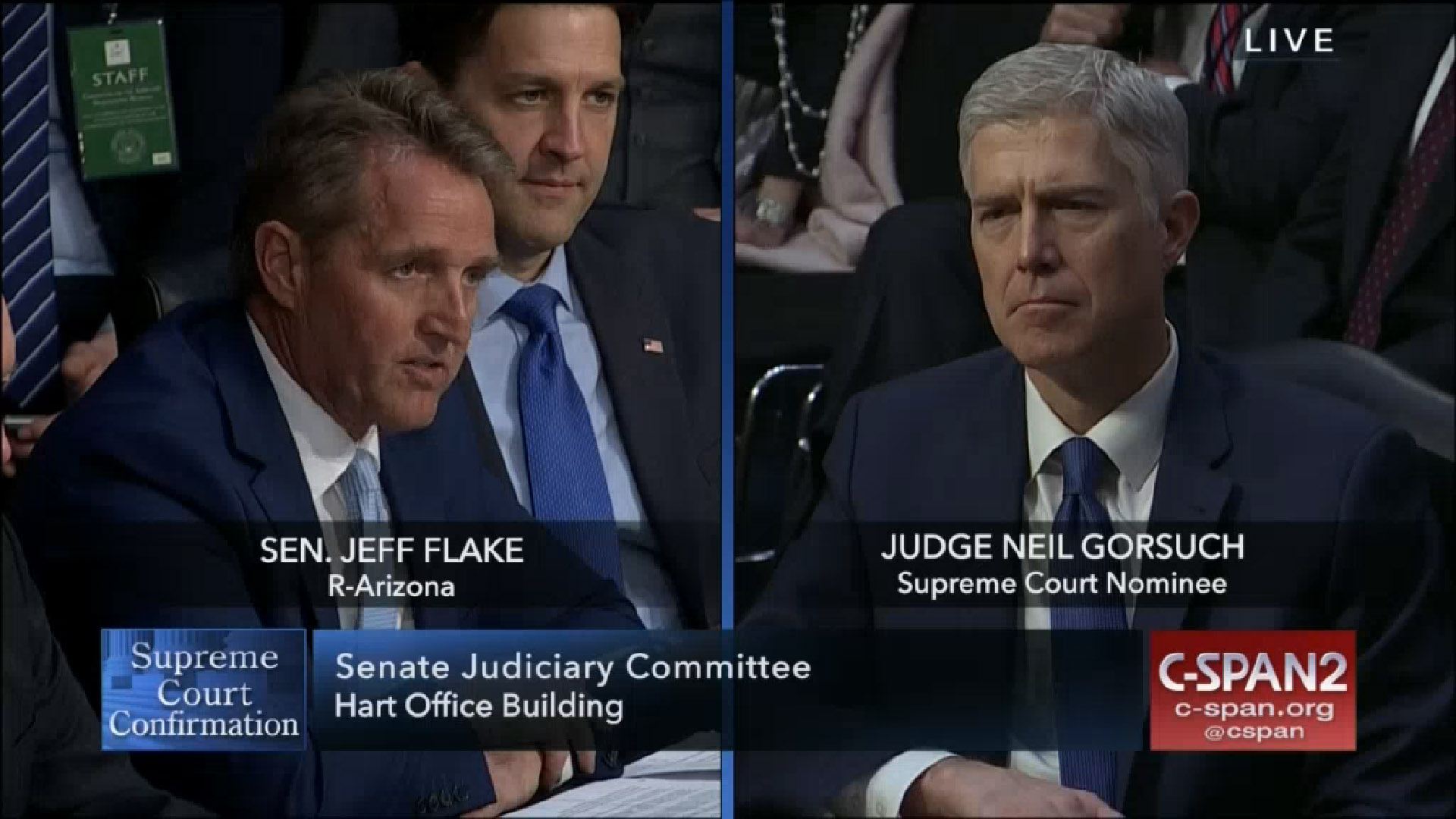 U.S. Sen. Jeff Flake, R-Arizona, told Supreme Court nominee Neil Gorsuch he is pleased with the judge’s views on the role of the court.

“I’ve been particularly struck by his recognition that, quote, ‘It is for Congress, not the courts, to write new law and that a justice should make decisions based on what the law demands not an outcome he or she desires,’” said Flake during Monday’s confirmation hearing.

Flake is a supporter of Gorsuch, as are the other Republican members of the Senate Judiciary Committee.

The first day of the hearing is a time for members of the committee to give statements about where they stand on the nominee.

Democrats are roundly opposed to President Donald Trump’s nominee. In their opening statements they tried to paint Gorsuch as a puppet of Trump who is against “the little guy.”

Republicans pushed back, praising the judge’s conservative credentials and assuring people the judge is his own man.

The hearing moves to questions of the judge on Tuesday and is expected to last through much of the week.

Flake Asks Dems to Consider Gorsuch; Vote Moves to Senate Floor Gorsuch Pleads 5th to Lighthearted Questions from Flake Sen. Flake: A Border Tax Is Bad For Business
By posting comments, you agree to our
AZPM encourages comments, but comments that contain profanity, unrelated information, threats, libel, defamatory statements, obscenities, pornography or that violate the law are not allowed. Comments that promote commercial products or services are not allowed. Comments in violation of this policy will be removed. Continued posting of comments that violate this policy will result in the commenter being banned from the site.