Mexican Consulates Offer Free Legal Help to Their Citizens in US 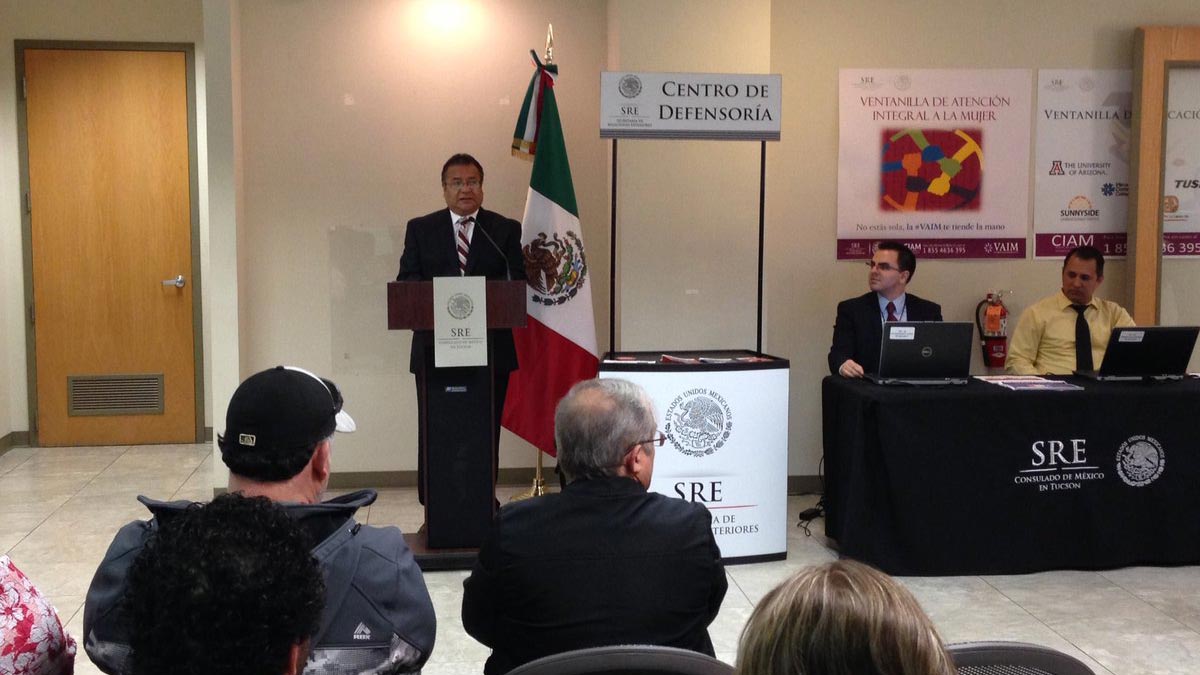 The president of Mexico has ordered all Mexican consulates in the United States to create legal defense centers to help Mexican citizens with immigration issues, including the three consulates in Arizona.

There are more than 50 consulate offices in cities across the United States, including Tucson, Phoenix and Nogales.

The move to create the centers was sparked by what the Mexican government said is the deportation of Mexicans who are in the U.S. legally and need help.

“They ask, 'What’s going on? What’s happening? What regulations have been changing?'” Santana said.

The centers will have U.S. lawyers who are familiar with current immigration laws and policies and are ready to defend Mexican citizens to try keeping them in the U.S. legally.

They will inform clients about "the process to get the green card, about the work visas, explain to the people, to the local community about the process of citizenships," Santana said.

The Tucson consulate's center will be open Monday through Friday, 8 a.m. to 5 p.m. The services are free and no appointment is necessary.

ACLU Ad Campaign on ICE Interactions Won't Air in Arizona A Seminar to Help Public Understand Common Legal Issues Politics Lurk In Dual Efforts To Defend Mexican Immigrants
By posting comments, you agree to our
AZPM encourages comments, but comments that contain profanity, unrelated information, threats, libel, defamatory statements, obscenities, pornography or that violate the law are not allowed. Comments that promote commercial products or services are not allowed. Comments in violation of this policy will be removed. Continued posting of comments that violate this policy will result in the commenter being banned from the site.