2015 May Be Hottest Year on Record in Arizona and Globally 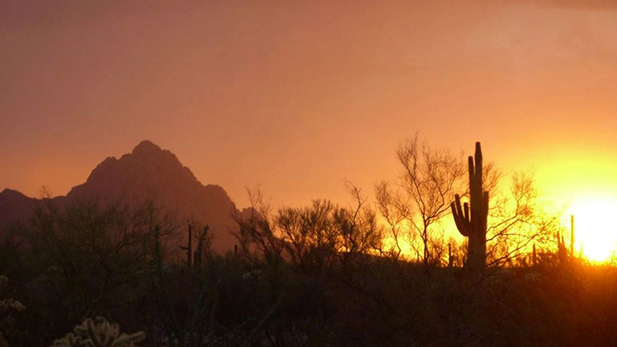 Meteorologists say 2015 could be the hottest on record globally. In Arizona, the biggest impact is coming in winter and when the sun is not shining. Hear more:

Arizona's daily high temperatures have been warm this year, so far ranking in the top 10 since record keeping began in 1895. But it is the low temperatures and cooler season readings that may make it a record year, meteorologists said.

Meteorologist Ken Waters with the National Weather Service in Phoenix said that recent overnight low temperatures have broken records recently for how high they are. January through September ranked first in the highest minimum temperatures ever recorded for that nine-month period in Arizona.

“We have had fewer winter storms, and that means we don’t have as much cloudiness and cold air," Selover said. "So we’re having clear skies, sunny conditions, and that leads to warmer temperatures in the winter.”

With the warm-moisutre weather phenomenon El Niño forecast for this winter, temperatures could remain high, meteorologists said. Polar winds from the north would help keep temperatures down over the winter months if there is a shift on the upper atmosphere.

Excessive Heat Expected Sunday, Monday in Tucson Feeling Ill? 104-Degree High, Ongoing Heat May Be Reason Where's the Heat? Tucson's Weather Is Topsy-Turvy
By posting comments, you agree to our
AZPM encourages comments, but comments that contain profanity, unrelated information, threats, libel, defamatory statements, obscenities, pornography or that violate the law are not allowed. Comments that promote commercial products or services are not allowed. Comments in violation of this policy will be removed. Continued posting of comments that violate this policy will result in the commenter being banned from the site.