How would the next secretary of state handle future elections? Look back to 2020

One task, once mundane, has been politicized by some of the candidates vying for the office: election certification. by Ben Giles, KJZZ Tweet 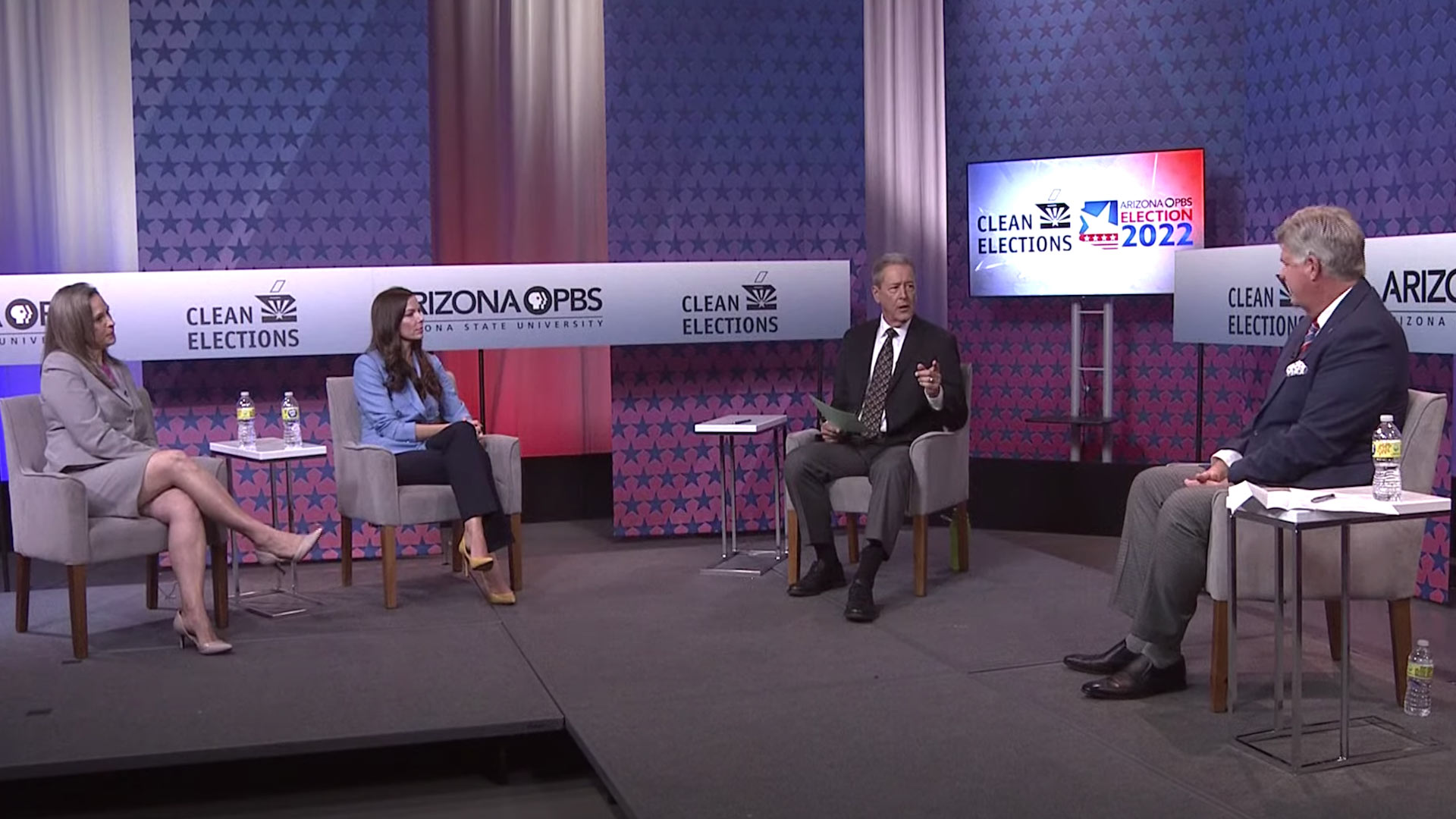 Arizona’s secretary of state has many election-related and administrative functions. But one task, once mundane, has been politicized by some of the candidates vying for the office: election certification.

Here’s how that works. By law, boards of supervisors in all 15 counties must “canvass” the local election results — that’s the process more simply known as certification.

“Once the secretary of state receives the canvass from all 15 counties, she will then canvass the statewide election results and certify the election at the statewide level,” says Kori Lorick, Arizona’s election director under the current secretary, Katie Hobbs.

There are precise deadlines in statute for when these things must occur — for example, this election year, Hobbs must certify the primary election results by Aug. 22.

“These aren’t numbers that we’re just making up or dates that we’re, you know, kind of a discretionary thing,” Lorick says. “This is under statute and required by Arizona law.”

The two Democrats running to be the next secretary of state — state Rep. Reginald Bolding and former Maricopa County Recorder Adrian Fontes — have no problem with that.

But among the four Republicans vying for the office, not all agree.

During a June debate, Arizona Horizons host Ted Simons asked each of the GOP candidates on stage the same questions: Would they have certified the election in 2020 – results that former President Donald Trump, then the Republican nominee, has falsely, repeatedly claimed were fraudulent?

“Ted, I would have signed it because it’s our constitutional duty as the Secretary of State to do that,” he said. “There really is no option.”

“If you read statute, the only way to stop certification is through a court order,” she said. “So I would follow the law. I would operate within the confines of the law.”

“My opinion, at the time, I would not have certified it,” she said.

Bolick explained that she thought forensic audits — think the Senate’s flawed and discredited election review in Maricopa County — were necessary in all 15 Arizona counties before results should be certified.

It bears repeating — that’s not actually an option.

“No, the statute is very clear that this is a mandatory responsibility by the Board of Supervisors and by the Secretary of State's office,” Lorick says.

Nonetheless, here’s Bolick arguing in the debate that it was wrong of Hobbs to follow the law.

“I don't think she should have signed it right when she did. We did not have a full forensic,” she said.

Lane points out the obvious: “That've been breaking the law.”

After two years of Republican leaders bashing elections across the nation, this isn’t just a hypothetical question anymore. Just last month, it took a court order to force a county commission in rural New Mexico to certify primary election results from this year.

This wasn’t the first time Bolick considered upending the law in consideration of false claims of fraud. In 2021, she sponsored a bill that would allow the legislature to simply override the will of the voters by allowing legislators to overturn the certification of presidential electors by a simple majority vote at any time before the inauguration. She’s since claimed that wasn’t her intent, and that the bill was poorly drafted.

Bolick isn’t alone in questioning the validity of the election, to the point of considering tossing aside the will of most Arizona voters.

State Rep. Mark Finchem declined to participate in that June debate, and didn’t respond to KJZZ to answer the same question as his opponents. But in word and deed, FInchem has made it crystal clear he doesn’t trust elections.

At a rally in Florence earlier this year, he described the 2020 vote as “irredeemably compromised,” and declared, falsely: “Ladies and gentleman, we know it, and they know it, Donald Trump won.”

To this day, on his campaign website, Finchem is gathering petitions from fellow election-deniers to decertify the 2020 election — an idea even most of his fellow Republicans acknowledge isn’t legally possible.

Now, on the campaign trail, Finchem is taking a page out of the Trump playbook and declaring the election he’s running in could be rigged — that is, if he loses.

At a gathering in Chandler with fellow Republican and gubernatorial candidate Kari Lake, Finchem said he would demand recounts above and beyond what’s allowed in law.

“Ain’t gonna be no concession speech coming from this guy,” he said. “I'm going to demand a 100% hand count, if there is the slightest hint that there's an impropriety.

Smooth election, with a few bumps Trump, Pence to campaign for rivals in Ariz. governor's race Hobbs declines to meet Lake in live Arizona governor debate
By posting comments, you agree to our
AZPM encourages comments, but comments that contain profanity, unrelated information, threats, libel, defamatory statements, obscenities, pornography or that violate the law are not allowed. Comments that promote commercial products or services are not allowed. Comments in violation of this policy will be removed. Continued posting of comments that violate this policy will result in the commenter being banned from the site.