The race for state attorney general is one of the most crowded fields on Arizona’s primary ballots. by Katherine Davis-Young, KJZZ Tweet 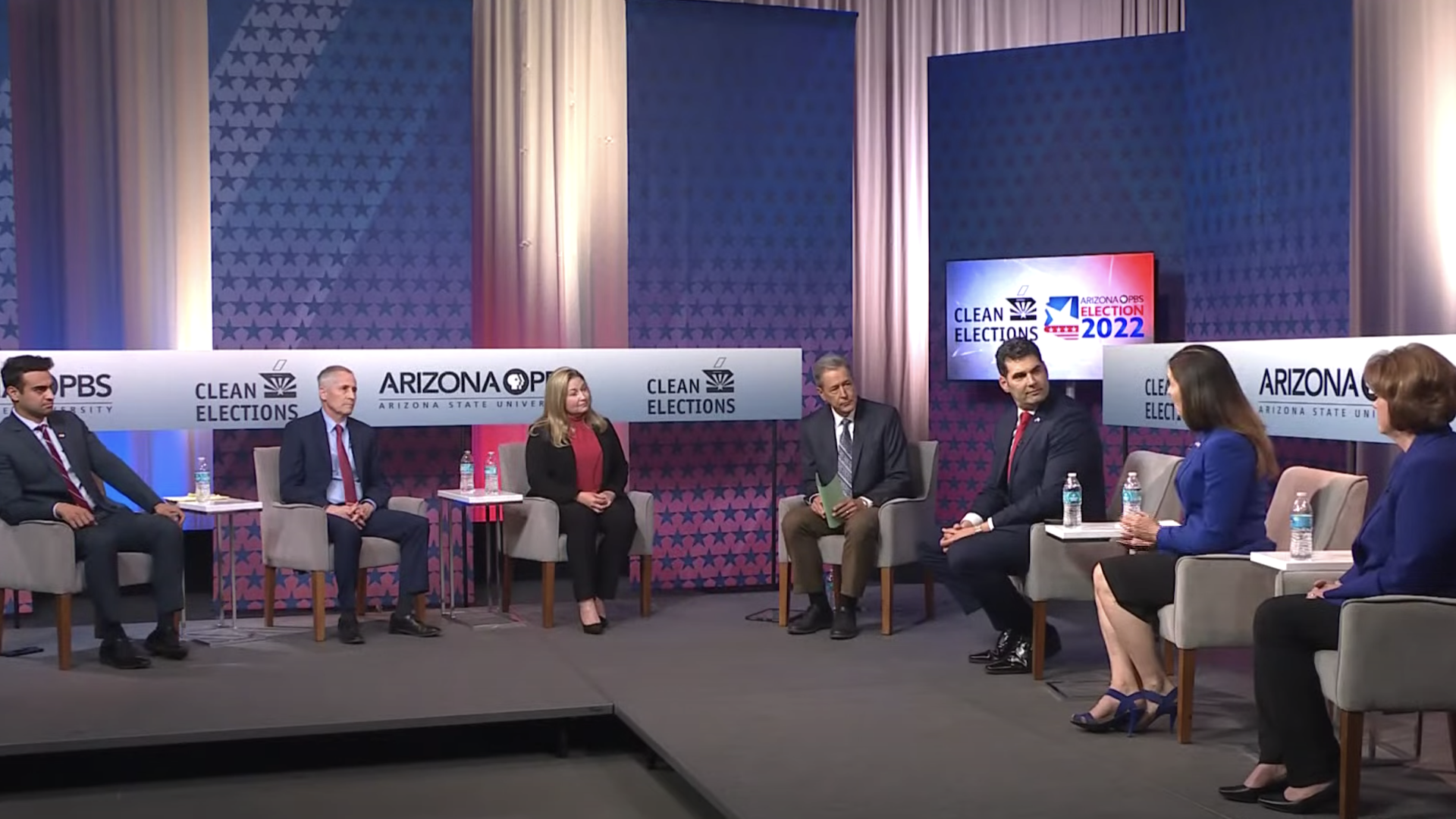 The race for state attorney general is one of the most crowded fields on Arizona’s primary ballots. And recent Supreme Court decisions have put this down-ballot race in the spotlight.

“It really is an important position, and I think this primary will be particularly important with so many people running,” said Valena Beety, a professor with the Sandra Day O’Connor College of Law at Arizona State University.

Attorneys general serve four-year terms in Arizona. The Attorney General’s Office provides legal representation for the state and all state government agencies. Beety said the office is actually made up of hundreds of lawyers, but they all answer to the elected official at the top.

“The attorney general is the one who is setting the policies, who is really setting the trajectory for what the office wants to accomplish,” Beety said.

The six Republicans vying for a nomination have each made border security central to their platforms. But it’s another issue entirely that has brought increased attention to the race. Since the Supreme Court overturned Roe v. Wade, Arizona’s current attorney general, Mark Brnovich has sought to revive a statute from Arizona’s territorial days that bans abortion in almost all circumstances.

“With Roe overturned, the pre-Roe law is now enforceable. Attorney General Brnovich made the right call,” said Cathi Herrod, president of the Center for Arizona Policy.

Herrod's organization has been working for decades to see Roe v. Wade overturned. Now that that’s a reality, she said her work is not over. She’s turning her attention to the elections ahead.

“The races for governor, for attorney general, for county attorney, for state legislative offices, for federal offices, all matter for the cause of life,” Herrod said.

Herrod said she’s paying close attention to the race for attorney general because she wants the next AG continue Brnovich’s push to enforce Arizona’s abortion ban.

The six Republicans running for the nomination have each indicated on social media or in interviews that they would uphold state laws that limit access to the procedure.

It’s a dark day in American history. We refuse to go backwards & I will fight like hell to ensure women have control over our own bodies.When elected Attorney General my 12-point plan for protecting & retaining reproductive rights - incl. the right to an abortion - starts DAY 1. pic.twitter.com/Y1s6zCat5a

Today, Roe v. Wade was overturned by SCOTUS, rightfully returning the authority to establish laws related to abortion back to the states. This is a victory for life. pic.twitter.com/eGvuvwNyK2

ROE is no more! Today we celebrate the blessings of life across our great state and recommit ourselves to defend every innocent life. #postroegeneration #Dobbs #Prolife pic.twitter.com/LzA49iT6Xq

Mayes, the lone Democrat in the race, has said she would not. In campaign materials, multiple public appearances, and interviews, Mayes has said she thinks laws that attempt to restrict abortion access in Arizona are in violation of the right to privacy guaranteed by the state constitution.

The mission of Arizona List has always been to back pro-choice women running for office. But in the days after the Supreme Court’s abortion ruling came down, Arizona List zeroed in on the race for attorney general, telling supporters one of the most important things they could do to protect abortion rights in the state would be to elect Mayes to that role.

“Even if we aren’t able to flip the legislature, even if we don’t get the governor’s seat and are able to veto bills, she would still have the ability to stop some of this prosecuting and be able to protect folks here in Arizona,” Knipe said.

Polling from OH Predictive Insights suggests nine out of 10 Arizona voters do want abortion to remain legal, at least in some circumstances in the state. Mike Noble, the firm’s chief of research, said Republicans have several advantages going into this election, but in recent weeks, this issue has narrowed the enthusiasm gap between the parties.

“This definitely is the kick in the side the Democrats need to compete with Republicans at the ballot box,” Noble said. “Also, it can be a differentiator in the general election among those all-important independent voters.”

Noble said in November’s general election, abortion access is likely to be an important talking point for candidates up and down the ballot.

But the attorney general, more than other offices up for election, will have powers of enforcement.

Beety said if Arizona’s top law enforcement officer says the state will or won’t prosecute doctors for providing abortions, that’s likely to be more than a just a campaign slogan.

“That is both messaging, and it also can change the reality of it,” Beety said.

The Buzz: A look at Arizona's new government Recall petitions circulating for Cochise County supervisor The Buzz speaks with two newly-elected officials: Juan Ciscomani and Katie Hobbs
By posting comments, you agree to our
AZPM encourages comments, but comments that contain profanity, unrelated information, threats, libel, defamatory statements, obscenities, pornography or that violate the law are not allowed. Comments that promote commercial products or services are not allowed. Comments in violation of this policy will be removed. Continued posting of comments that violate this policy will result in the commenter being banned from the site.