The Buzz takes a trip down the Verde River 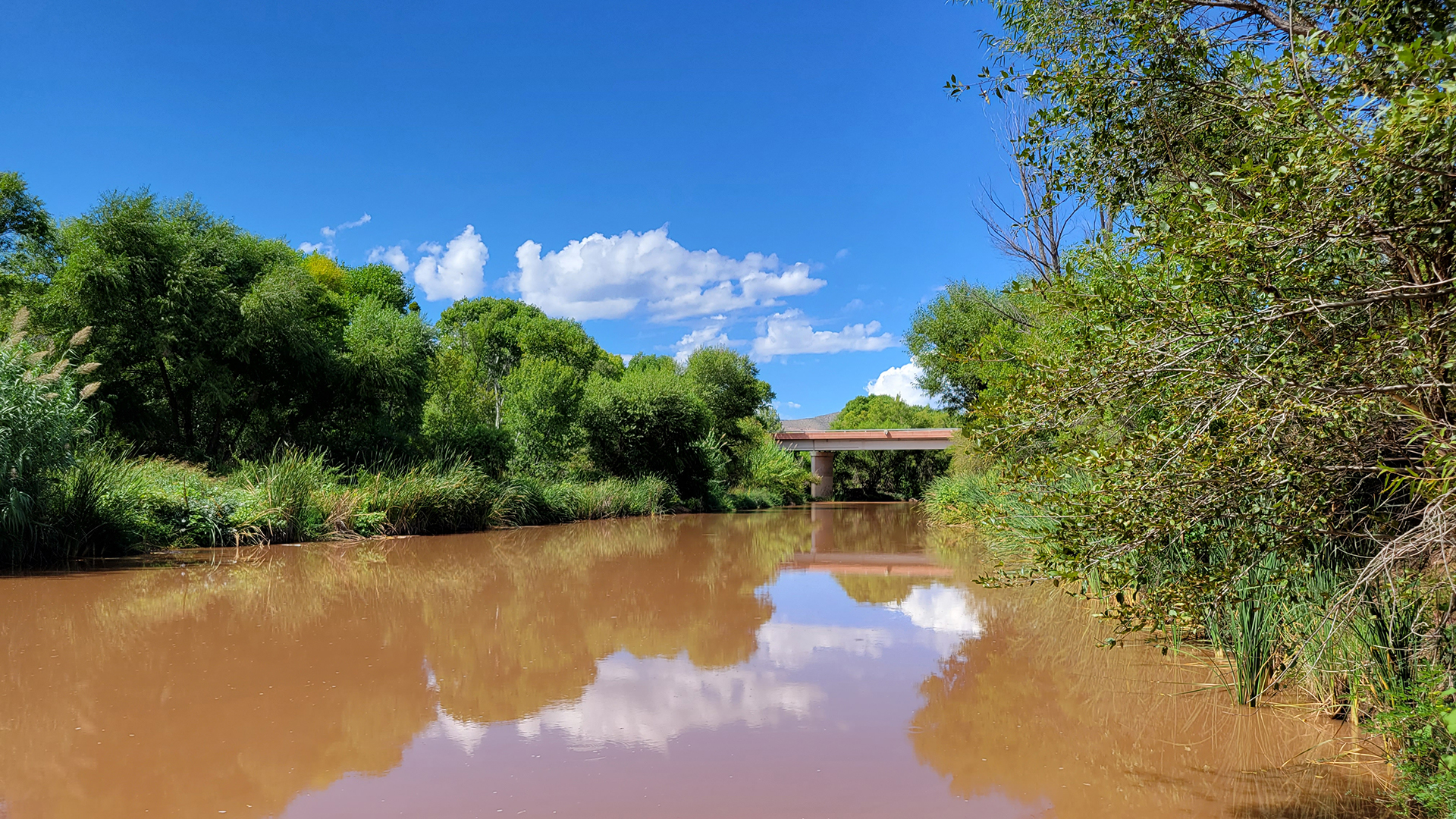 The stretch of the Verde River that goes through Clarkdale ends near the Tuzigoot Road Bridge.
Zac Ziegler, AZPM

The Verde River is the longest river in Arizona that still runs from its original starting point to its terminus.

The river begins near Perkinsville in Yavapai County and empties into the Salt River near Fountain Hills.

The water in the river wasn't as clear as it normally would be, according to Von Gausig.

"This stuff comes primarily from Sycamore Canyon, upstream about 8 miles from here," he said.

In the summer of 2021, more than 36,000 acres burned in the Raphael Fire. About half of what burned was in or near the canyon. It spread far enough to the northeast that residents as far away as southwestern Flagstaff were told to be ready for evacuation.

Layers of silt that flowed into the river made the banks as much as seven feet taller than before the storms. Von Gausig said that this soil arrived in a place that is normally not so organically rich, resulting in an opportunity for plants that are not often found on the riverbanks to move in.

"And now all of a sudden you have this garden that's been over-fertilized. And if you look at the bank here, you've got a lot of cocklebur, you've got a lot of different grasses creeping in toward the river now. And the worst part of it though is that a couple of our really wonderful significant trees like Arizona alder have been dying off ever since this silt was introduced."

The dying off of Arizona alders on the Verde is affecting wildlife too. He said that Dobson flies like to lay eggs on the alders because they overhang the river and larvae fall into the water when they hatch. Those larvae are a preferred food for bird species like the belted kingfisher.

Von Gausig said that the fire and following flood are just an example of how a changing climate is also changing the Verde River.

“I have no idea what’s going to happen next month anymore. I could have answered that question years ago. I could reliably have told you what it was going to be like in two months, or in a year. It’s completely unpredictable now because of climate change.”

Von Gausig's efforts to protect the river included turning a stretch into an easily accessible space for water-based activities like kayaking, swimming, and fishing. He took on the project during his 17 years as mayor of Clarkdale, a town of 4,400 people that the river runs through.

"When we first started this project in the town of Clarkdale, to allow a lot of people to enjoy [the river], Everybody came out and said, 'Oh, you're going to ruin the river. You're going to love it to death, it's going to become just like the Salt River.'"

That concern prompted the town to place what it calls river ambassadors along the portion of the river that goes through Clarkdale. It also requires that outfitters who lead tours down the river be licensed to the town, and those outfitters must follow some environmentally-friendly rules in order to keep their licenses.

Von Gausig said that he would frequently tell town residents that the project would likely mean more people, but it was better than the alternative.

"There are few people that live along the river who were really worried that they were going to have all these people in their backyard, and I said you might, and we're going to do everything we can. There are signs up that say be respectful of residents and all of the stuff, and the outfitters are very cognizant of that. But I said, 'what your choice is here is don't put people on the river and lose it entirely or put up with a little more traffic on the river and save the river." 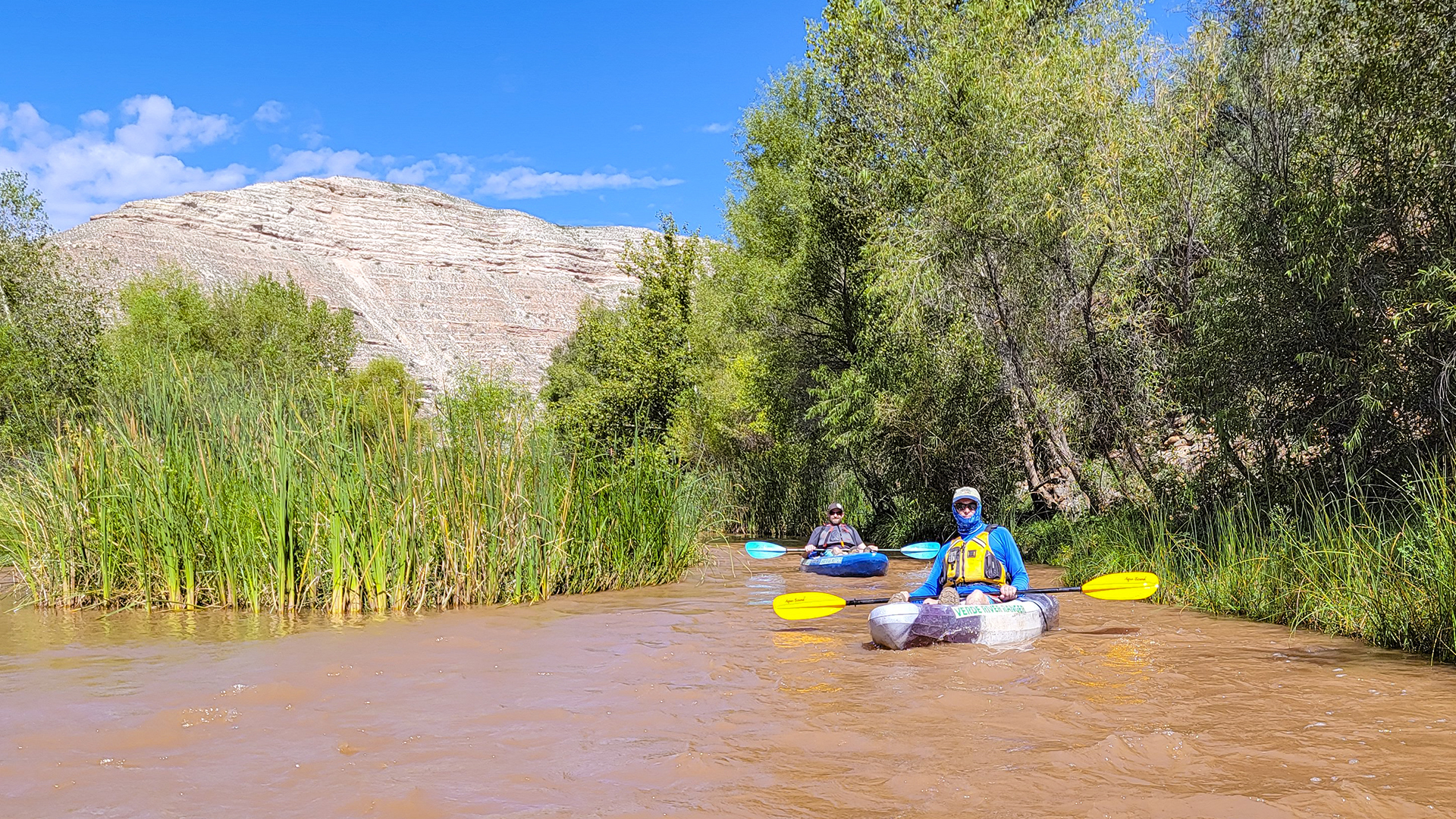 During the days when mines in the Verde Valley were operating, the river was in need of restoration and saving.

Mining largely stopped in the area in the 1950s, which allowed some life to return to the river, but environmental efforts in the 1990s allowed the river to more fully recover to its current state.

Part of that effort included the reintroduction of a species that was hunted out of the Verde, river otters.

"Arizona Game and Fish went down to Louisiana and got a bunch of river otters and brought them back here, and now they're very very common. They're a major part of the ecosystem because they're the top river predator. Do you know what otters eat? Crayfish, which are all non-native invasives. And they came from Louisiana, which means they eat them etouffee, they eat them boulette." Von Gausig said the river is unique among Arizona's rivers, which have largely been shortened by drought, groundwater pumping, and dams.

"This river runs all the way from its headwaters to its natural terminus. It's the largest river that does that in the state now. Seven rivers no longer do that in Arizona."

Ground pumping is a major concern for the Verde, Von Gausig said, especially as some northern Arizona communities grow.

"The first time I saw the Verde River, if I look back at the historical records, there were about 150 wells in the Verde Valley. There are now close to 8,000," he said. "Anywhere in the watershed, Prescott, Prescott Valley, Chino Valley, Paulden, this side of Flagstaff, and all five communities in the Verde Valley use groundwater. And every drop of the groundwater that they take out is a drop that was headed here."

Along the stretch of the river that is now commonly kayaked in Clarkdale is a 20-million-ton-slag pile formed during the area's mining heyday.

The pile changed the course of the river as the mine waste was dumped next to the smelter that was Clarkdale's lifeblood at the time. The United Verde Copper Company (UVX) built the smelter and much of the town in the 1910s.

"There's no impact [on water quality] that we've been able to measure. It's vitrified. It's ferrosilicon, it's made of iron and silicon primarily, the two waste materials of the smelter. It's just like glass. It doesn't leach anything. Anything that could leach out of it was taken out in the smelting process."

The mine not only built the smelter and much of Clarkdale, but also a dam that created a recreation area known as Peck's Lake. That dam breached in February 2019.

"That dam was removed this year, in February, after a million phone calls from Doug harassing [current claim owner] Freeport McMoRan about the fact that this dam didn't do anything and that it was just bad for the river."

Von Gausig said that the dam rupture made this the perfect time to remove the dam because any deleterious effects of its removal had already happened.

"For the Verde River, this was the biggest event ever, the biggest single conservation project on the river ever."

The river is now a more diverse ecosystem, according to Von Gausig, and the area that was Peck's Lake is now an aquifer-fed seasonal wetland that also increased biodiversity. 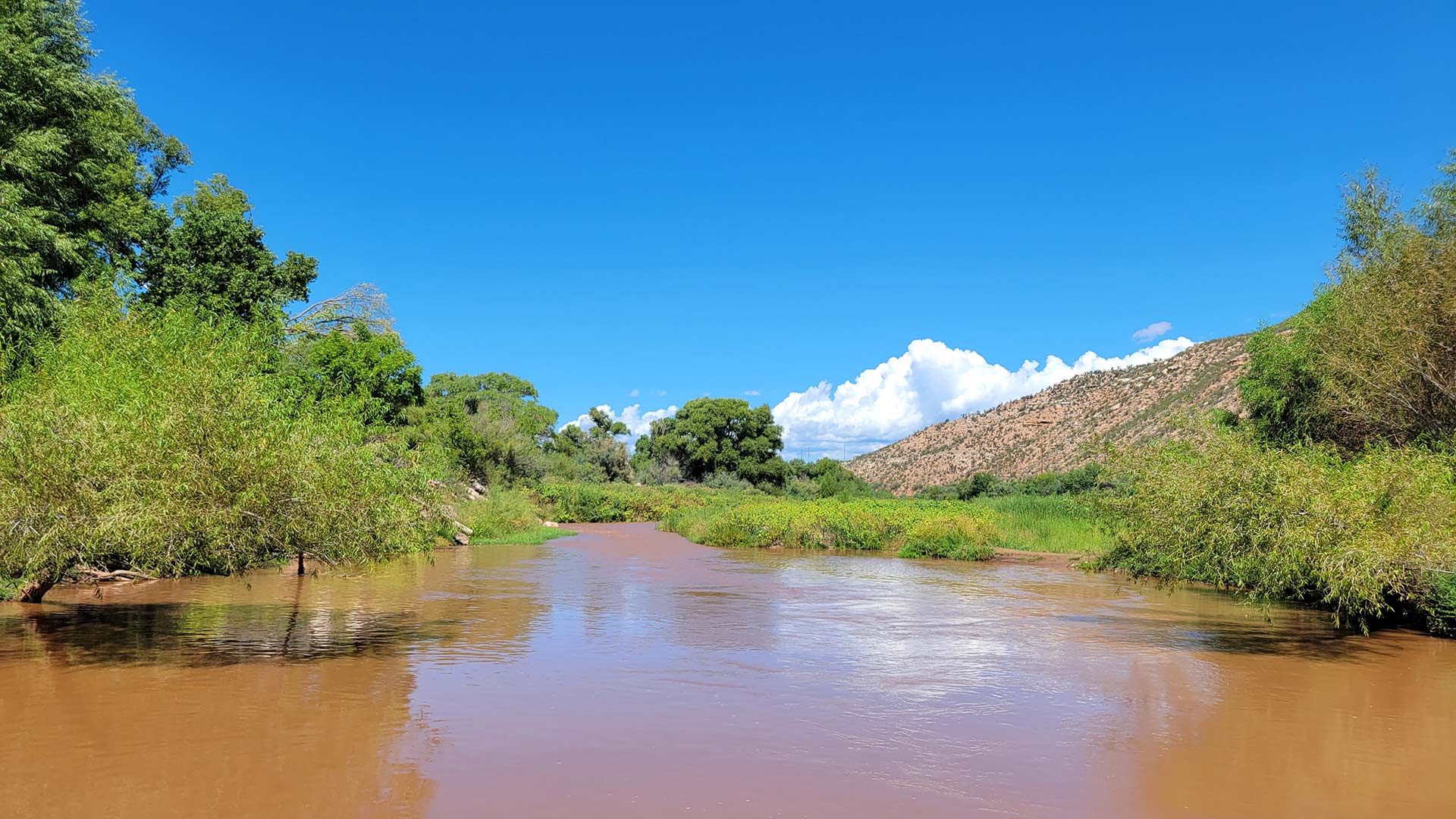 The Verde River near the site of a dam that was removed in 2022.
Zac Ziegler, AZPM

Projects such as the dam removal and the improved access have been a large part of Von Gausig's life work.

"This river is part of my blood, I mean it's my passion in life. Since I was a kid, it was where I always wanted to be. I would sit by streams in Arizona when I was a kid and just be mesmerized by the number of insects and birds and plants around and by the sound of the water.

Von Gausig grew up in Prescott and has visited the Verde routinely for 65 years. He began his work to conserve it 40 years ago.

"For most river people, they have a special place in their heart and in their body and their head for running water. And we know that it's threatened. We know that it's endangered and we want to work really hard so other people will share that experience and have this kind of a thing in their life, and it's not altogether clear that they always will."

Von Gausig is not alone in his efforts. Groups such as Friends of the Verde River are working to keep the river healthy. Among their efforts are projects to remove invasive species from the Verde and many of its major tributaries, including Oak Creek.

The Buzz: Looking back on 2022 The Buzz: Winter Solstice Celebrations The Buzz: Forecasting the Southern Arizona economy for 2023
By posting comments, you agree to our
AZPM encourages comments, but comments that contain profanity, unrelated information, threats, libel, defamatory statements, obscenities, pornography or that violate the law are not allowed. Comments that promote commercial products or services are not allowed. Comments in violation of this policy will be removed. Continued posting of comments that violate this policy will result in the commenter being banned from the site.