Basing the fighter jets at Davis-Monthan would increase flights in and out of the base. by Christopher Conover Tweet 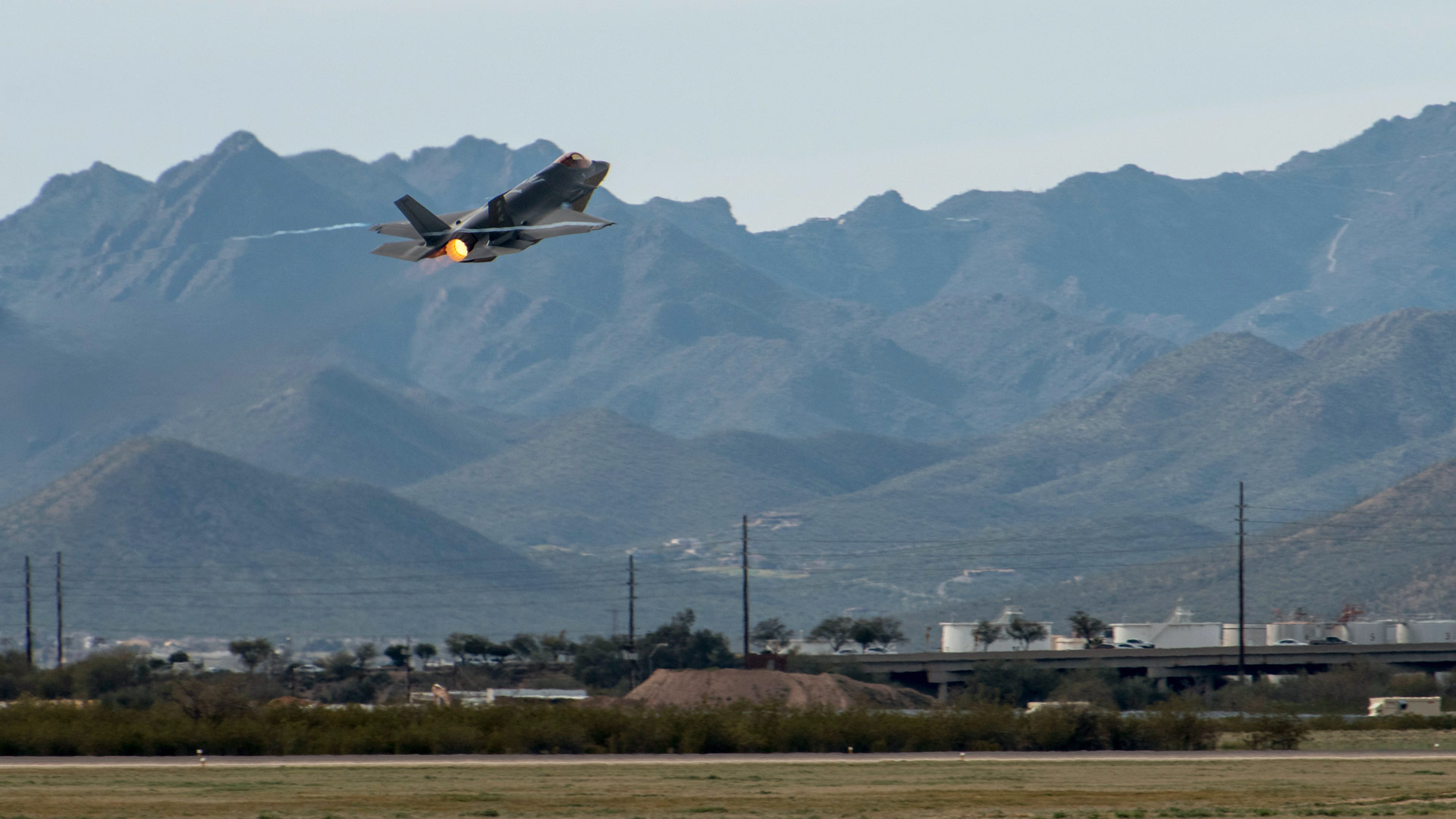 An F-35A takes off from Davis-Monthan Air Force base in Tucson during the annual Heritage Flight Training course, Feb. 27, 2020.
Codie Trimble/U.S. Air Force

The Air Force has opened a final public comment period on the proposal to base F-35 fighter jets in Tucson.

The Environmental Impact Statement (EIS) issued by the Air Force says if the F-35 is based at Davis-Monthan Air Force Base the number of flights in and out of the base will increase by about 5% annually.

The report also said that Davis-Monthan is not the preferred new home for the fighter jet, but it is a “reasonable alternative.”

Earlier this year, the Air Force held a public meeting in Tucson about the possibility of basing the planes here. Most who attended the meeting expressed concern about the noise from the new planes when compared to the current plane, the A-10, flown at the base.

The EIS says the biggest noise impact would be on Griffin Foundation Charter School on Alvernon Way. The report says the school would experience noise levels of about 65 db. Noise levels of 80 db or above can cause harm, according to the University of Michigan Medical School.

Naval Air Station Fort Worth Joint Reserve Base is the favored location by the Air Force.

The public can comment on the EIS, linked above, until Sept. 21. After the comment period closes the Air Force will issue its final decision on where the new F-35s will be based.

Noise pollution in Arizona Opponents speak out at hearing on bringing F-35 fighter jet to Tucson Meeting to Test Waters for Basing F-35s in Tucson
By posting comments, you agree to our
AZPM encourages comments, but comments that contain profanity, unrelated information, threats, libel, defamatory statements, obscenities, pornography or that violate the law are not allowed. Comments that promote commercial products or services are not allowed. Comments in violation of this policy will be removed. Continued posting of comments that violate this policy will result in the commenter being banned from the site.