The agency can now give the Orion parachute system the go-ahead for flights with astronauts. by Nicholas Gerbis, Arizona Science Desk TWEET SHARE 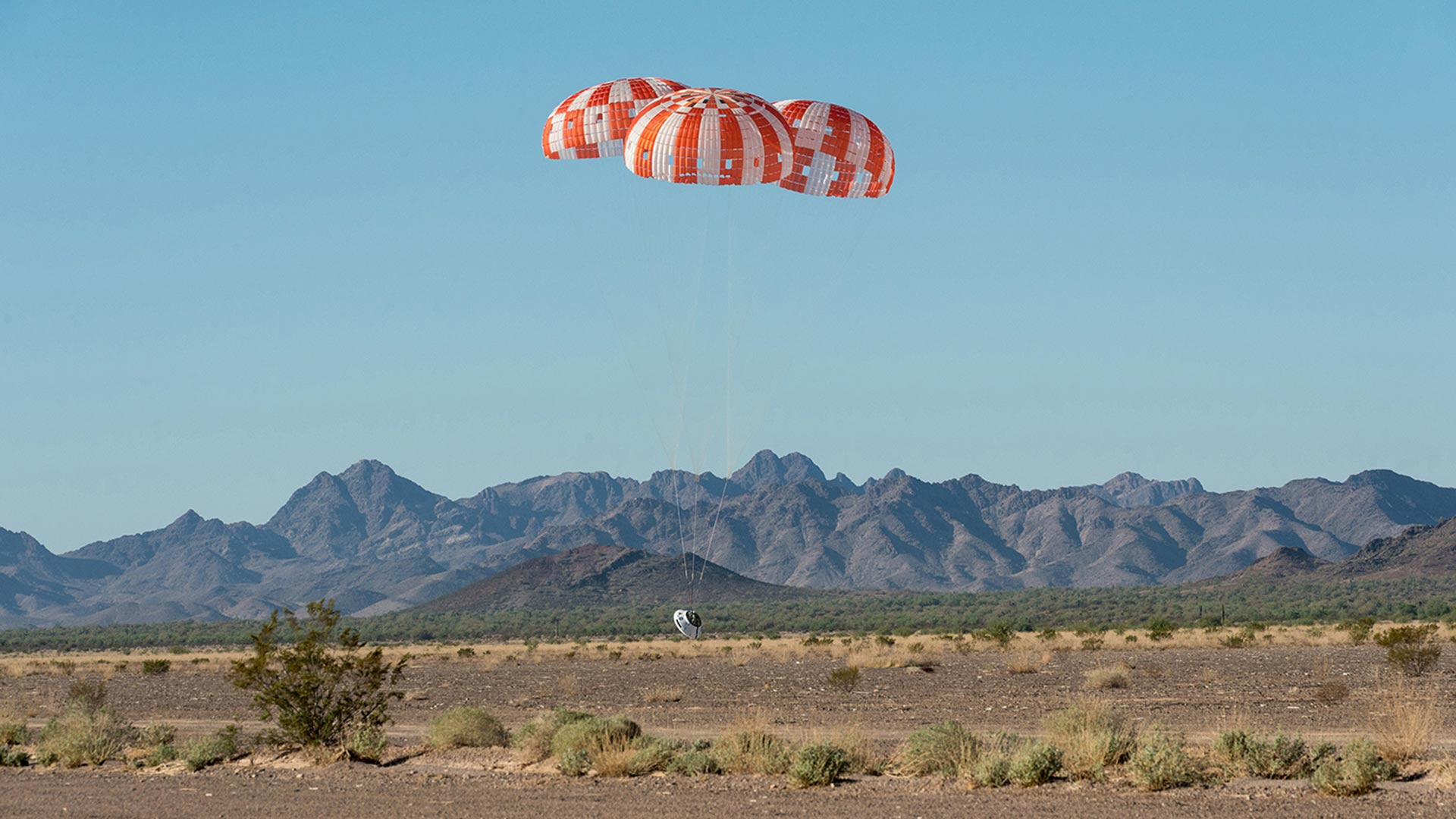 Touching down during a Sept. 12 parachute test for the Orion spacecraft at the Yuma Proving Grounds.
NASA

PHOENIX — The U.S. Army’s Yuma Proving Ground last week saw NASA pass a key milestone in its plans for human spaceflight. After a decade of tests, eight of them in Yuma, NASA can now approve the Orion spacecraft’s parachute system for flights with astronauts.

Like the Apollo capsules that carried astronauts to the moon, the Orion will rely on chutes to slow its descent before splashdown in the Pacific. But the resemblance stops there: The much larger and heavier Orion uses an intricate system of 11 chutes and 30 miles of Kevlar lines, assembled via a timed sequence of fuses firing, blades cutting and parachutes unfurling into 12,000 square feet of canopy.

Orion’s maiden, unpiloted flight is slated for late 2019 or early 2020, with a piloted mission to follow within three years, although high costs and political wrangling still plague the program.

OSIRIS-REx Mission to Asteroid Bennu Marks Milestone Made to Fail, Parachutes for NASA Capsule Pass Newest Test in Yuma Arizona Desert Is Testing Spot for NASA's Mars Capsule
By posting comments, you agree to our
AZPM encourages comments, but comments that contain profanity, unrelated information, threats, libel, defamatory statements, obscenities, pornography or that violate the law are not allowed. Comments that promote commercial products or services are not allowed. Comments in violation of this policy will be removed. Continued posting of comments that violate this policy will result in the commenter being banned from the site.