The nonpartisan races in Marana, Oro Valley and Sahuarita will be decided Tuesday unless they end in a tie. by Zachary Ziegler TWEET SHARE 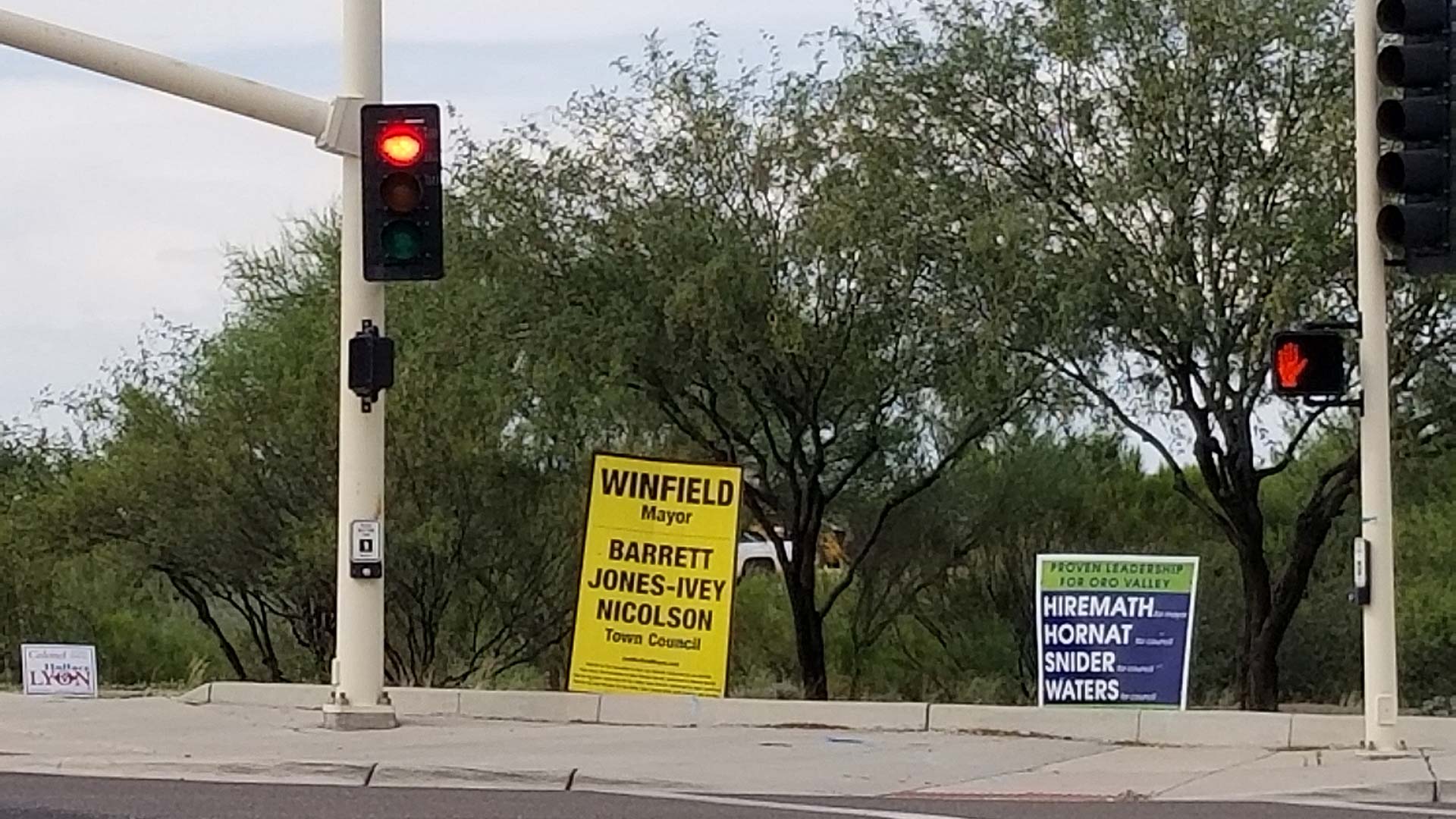 Town council races in three Southern Arizona communities are nonpartisan, meaning open seats will likely be decided by Tuesday's primary. The top vote-getters will win seats, with a run-off occurring if there is a tie between two people and only one available seat, such as a tie for third place in a race where three seats are available.

Marana voters appear to be sticking with incumbents Patti Comerford, Herb Kai and Jon Post — along with recent appointee John Officer. They were leading the race for four council seats in against challengers are Mace Bravin, Jeff Gray and Jack Neubeck.

Three seats on Sahuarita's town council are up for election. Incumbents Kara Egbert and mayor Tom Murphy were ahead in the early results, along with challenger Dalia Zimmerman. The other challengers are Ryan Huber, Mitchell Miramontes, and Lora Nastase, who was close behind in the early vote count. Councilman Duane Blumberg is not seeking re-election. Once Sahuarita's town council is elected, the body will convene and elect a mayor from among the members.

Visit our primary election results page for updated numbers on these races.

McSally to Face Sinema for U.S. Senate Seat Marana Developing Plan to Treat Two Contaminated Wells Sahuarita to Consider New Hospital
By posting comments, you agree to our
AZPM encourages comments, but comments that contain profanity, unrelated information, threats, libel, defamatory statements, obscenities, pornography or that violate the law are not allowed. Comments that promote commercial products or services are not allowed. Comments in violation of this policy will be removed. Continued posting of comments that violate this policy will result in the commenter being banned from the site.