27 cars derailed Tuesday on a route parallel to I-10 during heavy monsoon rains. by Associated Press TWEET SHARE 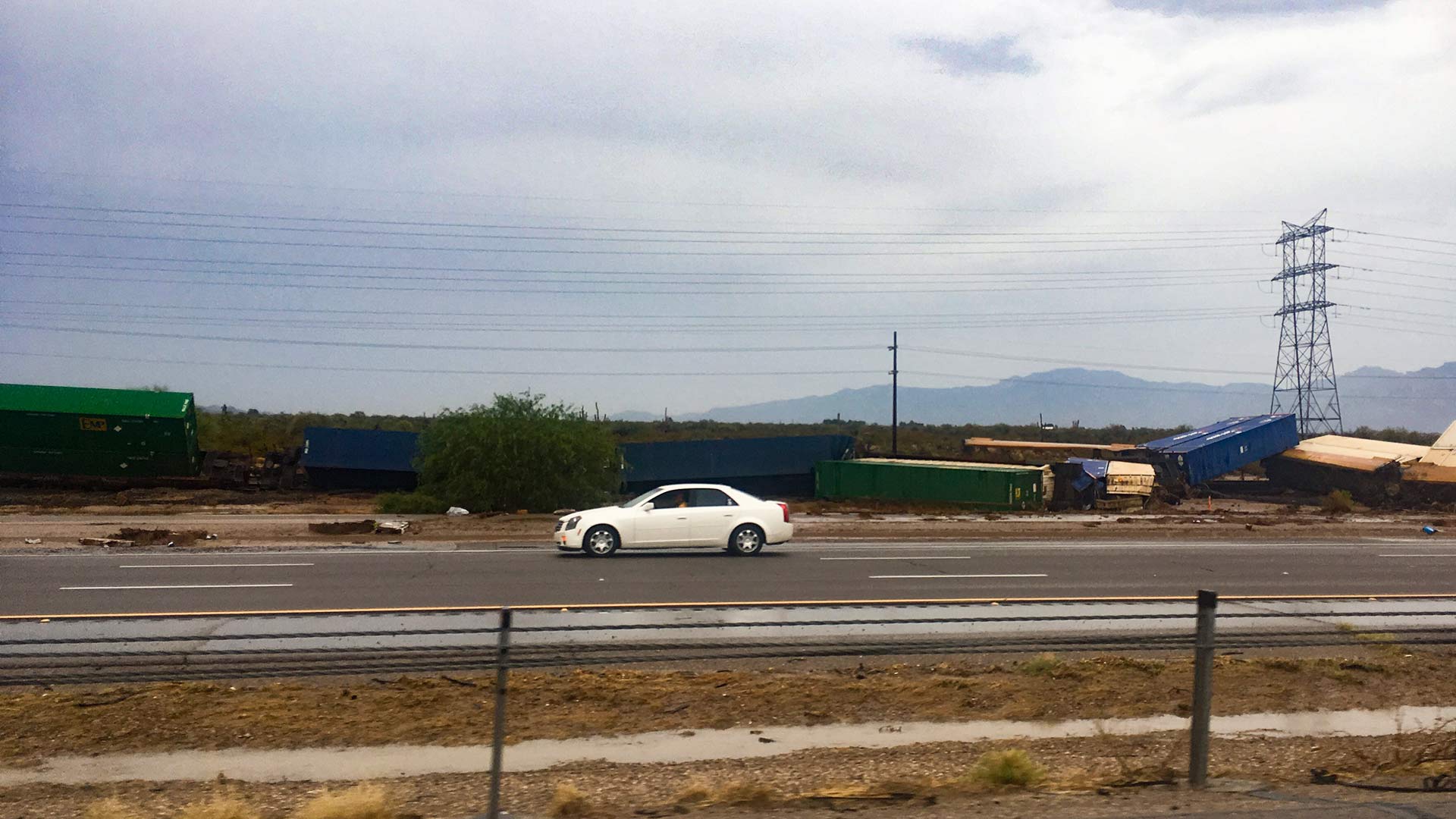 July 10 photo of a train derailment outside of Marana during monsoon rains.
Christopher Conover, AZPM

MARANA — Rail traffic resumed Wednesday through a derailment site in Marana on the outskirts of Tucson on Union Pacific tracks that are a main freight route between Texas and California.

Crews worked overnight to clear one of the two tracks, allowing train traffic to resume through the derailment site at reduced speeds. Work on the second track continues.

Running water was reportedly on the tracks when firefighters arrived at the derailment site, but Union Pacific spokesman Jeff DeGraff said cause of the derailment remains under investigation.

DeGraff said the derailed cars carried consumer and manufactured goods but that no hazardous materials were released or involved in the derailment.

Weather Extremes Are Part of Tucson Spring Hot Summer Could Mean Strong Monsoon Dry End Bringing a Close to Above-Average Monsoon
By posting comments, you agree to our
AZPM encourages comments, but comments that contain profanity, unrelated information, threats, libel, defamatory statements, obscenities, pornography or that violate the law are not allowed. Comments that promote commercial products or services are not allowed. Comments in violation of this policy will be removed. Continued posting of comments that violate this policy will result in the commenter being banned from the site.