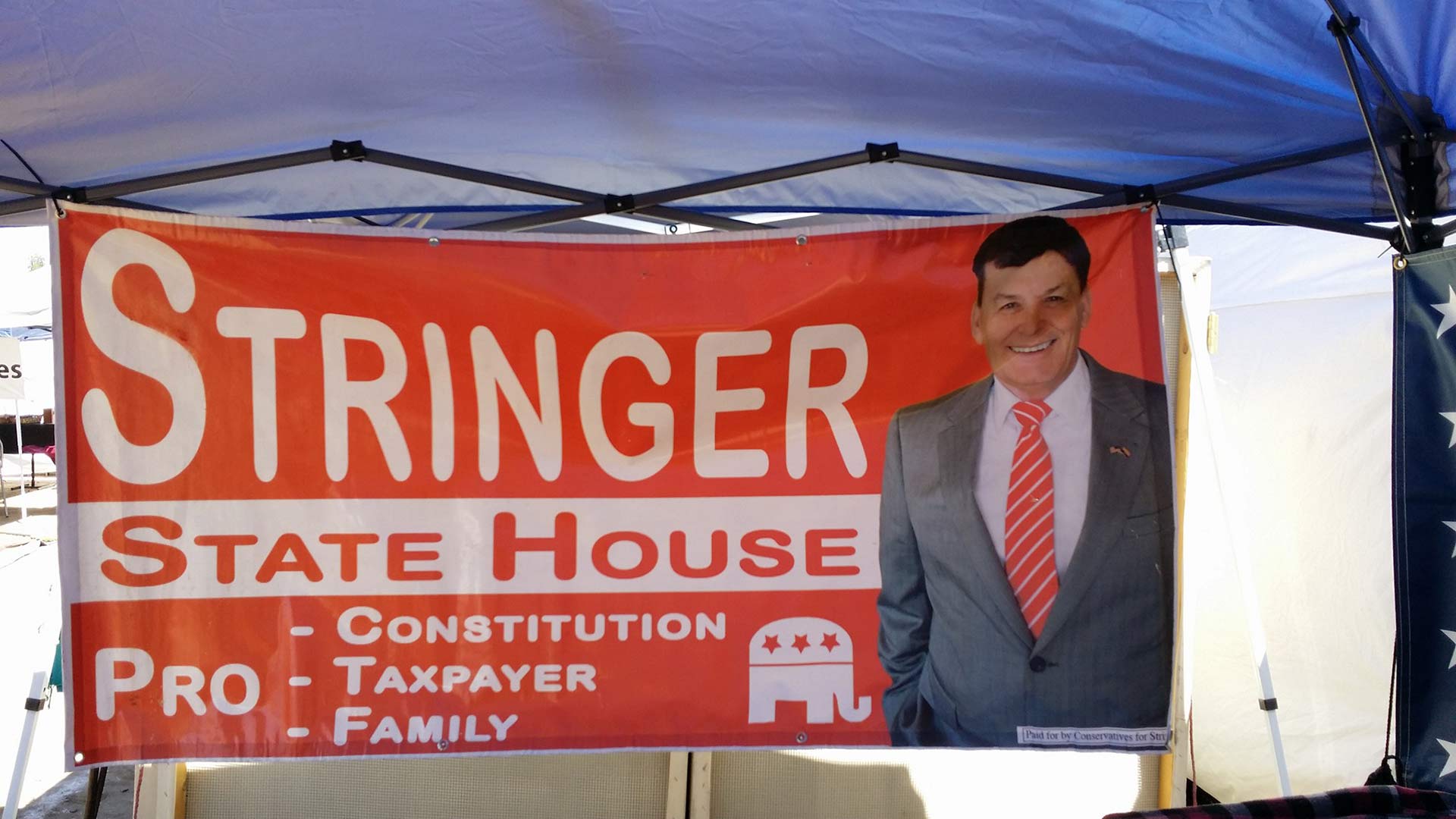 PHOENIX — The state's Republican governor and party chairman called Thursday for the resignation of a state lawmaker who said "there aren't enough white kids to go around" when discussing integration in schools.

Rep. David Stringer, also a Republican, said his political opponents "have taken 51 seconds out of a 16 minute speech to try to distort my message and mislead voters" and he's "not interested in taking the fake news bait."

Stringer's speech Monday at the Yavapai County Republican Men's Forum was livestreamed on Facebook and was available to watch on his campaign page. It was later removed.

But a clip widely circulated on social media by a Democrat showed Stringer talking about how immigration is changing the demographic makeup of the country.

"Sixty percent of public school children in the state of Arizona today are minorities. That complicates racial integration because there aren't enough white kids to go around," Stringer said in the speech.

The clip also shows Stringer saying immigration is "politically destabilizing" and "represents an existential threat to the United States."

"If we don't do something about immigration very, very soon, the demographics of our country will be irrevocably changed and we will be a very different country and we will not be the country you were born into," he said.

Stringer, who is from Prescott, told the Arizona Capitol Times that he apologized to anyone he offended, and that he planned to re-post the entire 17 minute video of his comments. He said he wants people to hear the whole speech.

"I am calling on him to resign immediately," Arizona GOP chairman Jonathan Lines said in a statement Thursday. "These words have no place in our party, or in our state."

Gov. Doug Ducey, who is seeking re-election in November, "agrees with Chairman Lines and supports this call from AZ GOP," Ducey spokesman Daniel Scarpinato said in a Twitter post.

Stringer didn't immediately return emails or a call to his office Thursday afternoon seeking comment on the calls by his fellow Republicans to resign.

But in his Facebook page, Stringer said his comments about school integration "were factually accurate and were intended to illustrate the challenges facing successful integration when white students are a rapidly declining percentage of the whole.

"This issue cries out for honest and open public discussion. Regrettably, my political opponents seek to shut down discussion with name calling and vile accusations," Stringer added. "I am not afraid of conservative bigwigs and I'm not afraid of liberal bullies either."

This story has been updated from a previous version to include Republican calls for Rep. Stringer's resignation.

Arizona Legislature Closes Session With Big Issues Undone Former Rep Don Shooter, Expelled for Harassment, Files $1.3M Claim Arizona House Votes to Expel Rep. Don Shooter
By posting comments, you agree to our
AZPM encourages comments, but comments that contain profanity, unrelated information, threats, libel, defamatory statements, obscenities, pornography or that violate the law are not allowed. Comments that promote commercial products or services are not allowed. Comments in violation of this policy will be removed. Continued posting of comments that violate this policy will result in the commenter being banned from the site.