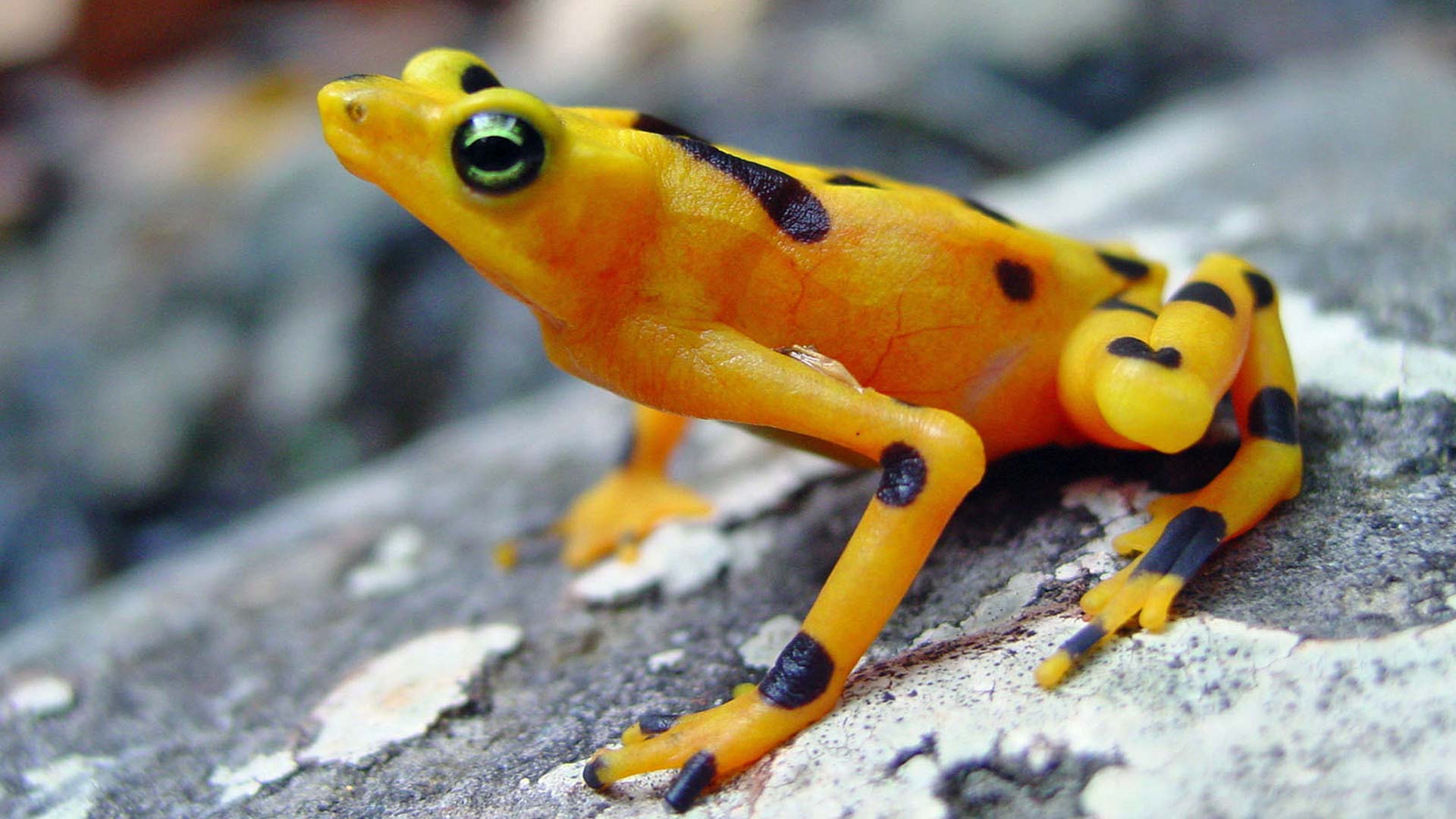 A healthy golden frog in the streams of Panama.
Courtesy Cori Richards-Zawacki
LISTEN

Scientists from the U.S. and Panama have found that some frog species can recover from chytridiomycosis, an infectious disease partly responsible for amphibian die-offs around the world.

"The infectious disease is a distinctive one; it's not very common that an infectious disease can cause a species to go to extinction," said James Collins, an evolutionary ecologist at Arizona State University who wrote an article describing the results.

Both Collins's article and the research appear in the March 30 issue of the journal Science.

Globally, frogs, toads and other amphibians are disappearing from their habitats at an alarming rate. These declines stem from a combination of climate change, habitat loss, invasive species and disease.

That includes frogs in Arizona, such as common grass frogs and the threatened Chiricahua leopard frog. 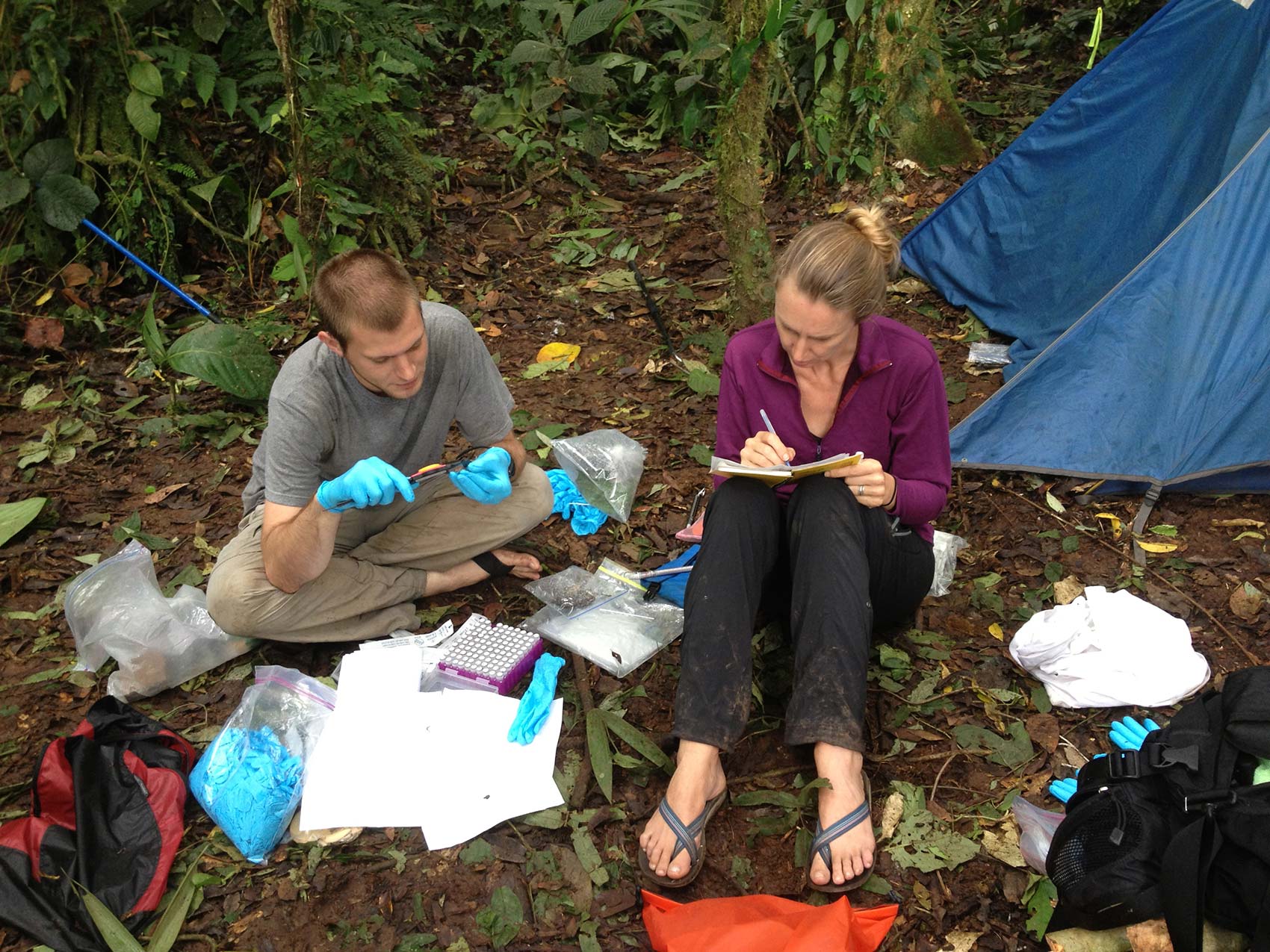 Chytridiomycosis is caused by Batrachochytrium dendrobatidis, a microscopic aquatic fungus that colonizes and infects amphibian skin, disrupting the animal's ability to absorb moisture, ultimately killing it.

Responses to chytridiomycosis vary: Some species shrug it off; others go extinct.

Other species undergo steep population drops, then recover and successfully coexist with the disease.

"The question is, what is it that's enabling these animals to come back?"

By comparing the current disease to samples gathered a decade earlier, researchers were able to eliminate one key possibility: that the disease had weakened.

"The pathogen has not changed. It's as lethal today as it was a decade ago, which suggested to these researchers that it was the frogs that were in fact changing in some way."

Collins worked in one of the Panama research sites from 2004-2005. He says that, once the infectious fungus appeared in the communities, 65-70 species quickly declined.

The new research shows nine species have rebounded, although the pathogen remains.

Whether the rebound occurred because circumstances induced changes in gene expression or because of genetic changes that provided a new survival advantage remains unclear. But the recovery does suggest avenues for future infectious disease research.

Watch: Scientists take diagnostic samples to test for disease in a glass frog

Study Traces Citrus Family Tree to Foot of the Himalayas Honeybee Research Hints At How Microbes Spread Antibiotic Resistance 25 Years Later, Global Scientists Issue Second 'Warning To Humanity'
By posting comments, you agree to our
AZPM encourages comments, but comments that contain profanity, unrelated information, threats, libel, defamatory statements, obscenities, pornography or that violate the law are not allowed. Comments that promote commercial products or services are not allowed. Comments in violation of this policy will be removed. Continued posting of comments that violate this policy will result in the commenter being banned from the site.