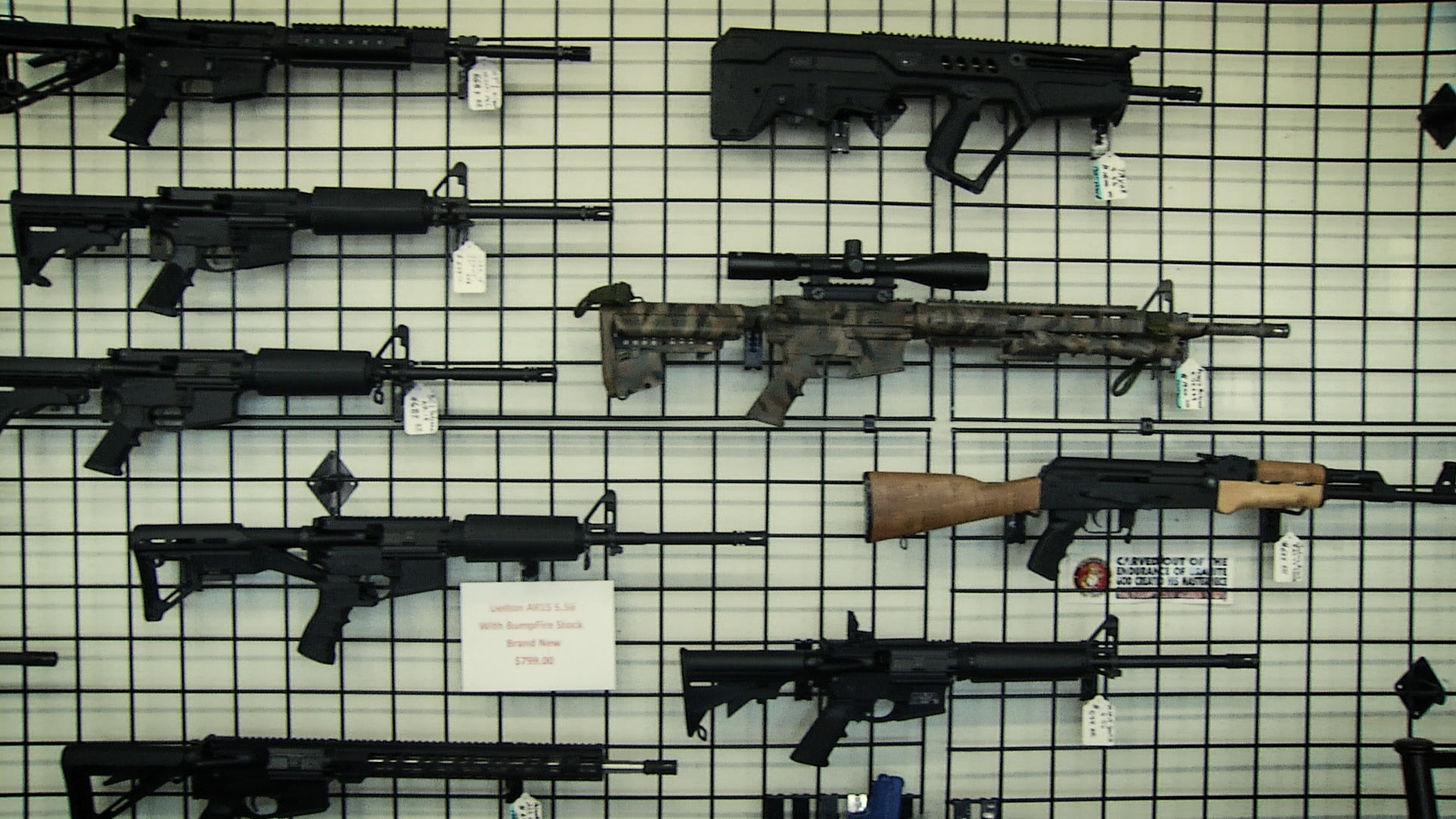 Guns for sale hang on the wall of a Tucson store.
AZPM

A bill sponsored by Sens. Jeff Flake, R-Arizona, and Diane Feinstein, D-Calif., would raise the minimum age to purchase an assault weapon from 18 to 21.

Currently, a person must be 21 to purchase a handgun, but the same law does not apply to assault weapons.

The bill comes in the wake of a school shooting in Parkland, Florida, that left 17 teachers and students dead.

In that incident, the shooter was 19 years old and had legally purchased the AR-15 assault weapon he used in the shooting.

Flake said the change in the law is "long overdue, and would have made as much sense before the tragedy in Parkland as it does after."

President Donald Trump has indicated he supports an increase in the minimum age to buy an assault weapon.

Legislature Won't Vote on Proposed Bump Stock Ban Giffords, Kelly Call for Action on Gun Control Following Vegas Shooting Arizona Supreme Court: Tucson Can't Destroy Seized Guns
By posting comments, you agree to our
AZPM encourages comments, but comments that contain profanity, unrelated information, threats, libel, defamatory statements, obscenities, pornography or that violate the law are not allowed. Comments that promote commercial products or services are not allowed. Comments in violation of this policy will be removed. Continued posting of comments that violate this policy will result in the commenter being banned from the site.