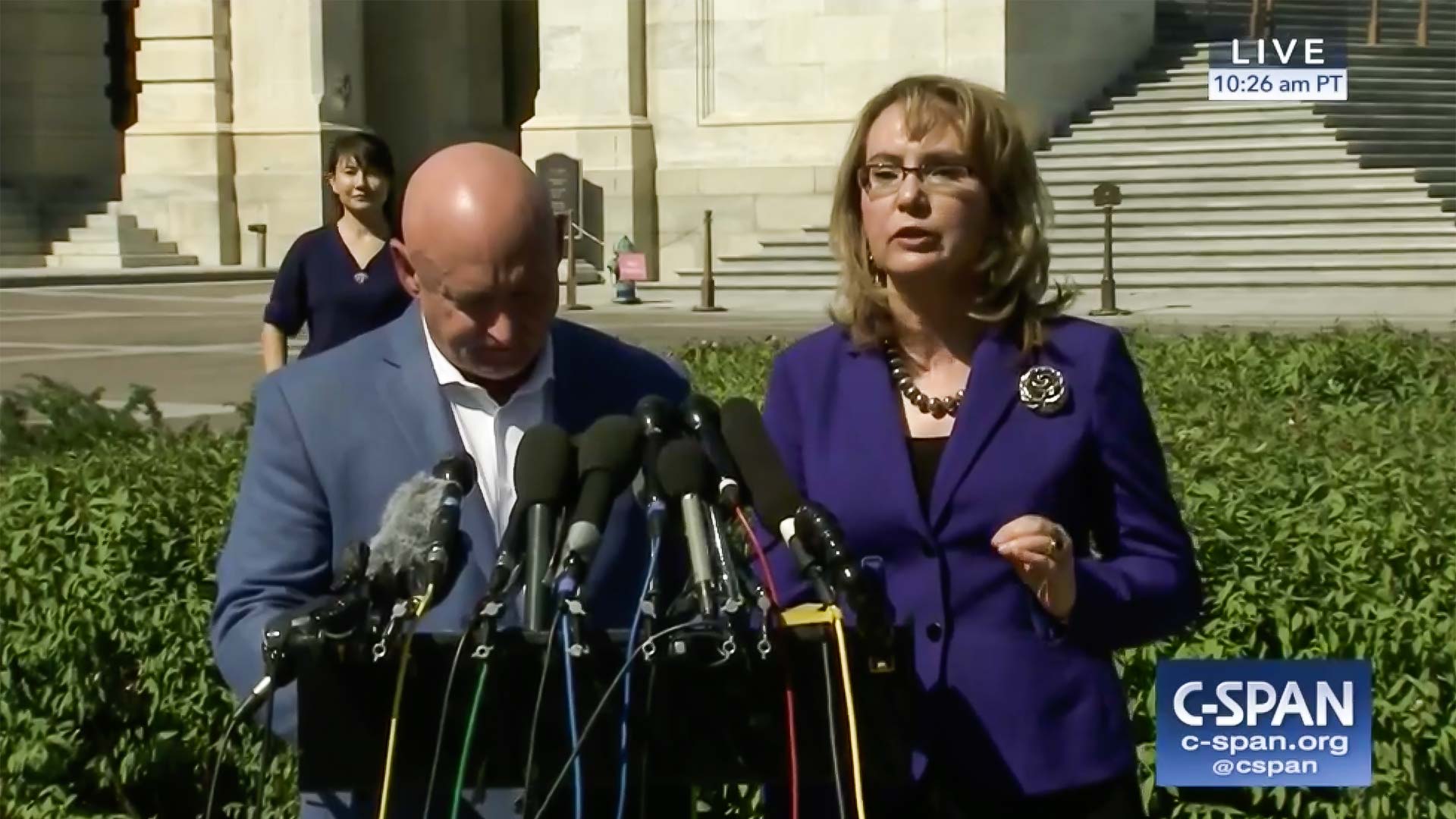 At a Capitol Hill news conference Monday, they called for universal background checks. Kelly said the Second Amendment is important but that it is time for Congress to stop talking and start acting.

“We can respect the Second Amendment and the rights of responsible gun owners, and at the same time we can keep guns out of the hands of criminals, domestic abusers, potential mass shooters and idiots,” said Kelly.

Kelly and Giffords founded Americans for Responsible Solutions to advocate for stronger gun laws after the 2011 mass shooting in Tucson.

That incident left six people dead and 13 wounded including Giffords.

Some at the news conference questioned whether Monday was the best time to hold such an event.

In light of the shooting in Las Vegas, there was no better time, Kelly said.

Flake-Sponsored Bill Would Raise Assault-Rifle Purchase Age Legislature Won't Vote on Proposed Bump Stock Ban Exploring What it Takes to be a 'Well Armed Woman'
By posting comments, you agree to our
AZPM encourages comments, but comments that contain profanity, unrelated information, threats, libel, defamatory statements, obscenities, pornography or that violate the law are not allowed. Comments that promote commercial products or services are not allowed. Comments in violation of this policy will be removed. Continued posting of comments that violate this policy will result in the commenter being banned from the site.