No Rain Fell in Tucson in October, Officially

It was the 12th time the Weather Service recorded no rainfall for the month. by Sara Hammond TWEET SHARE 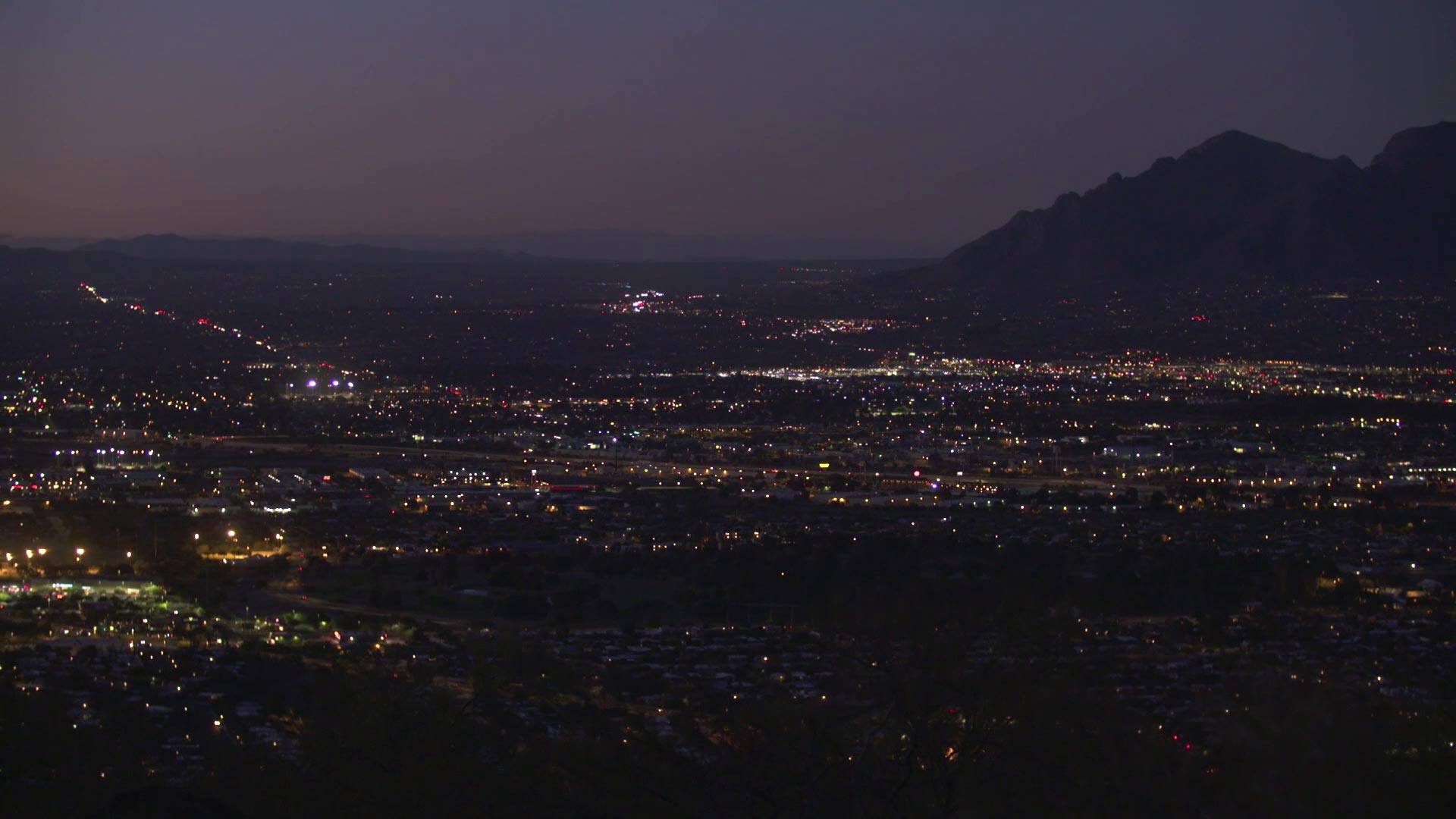 Looking across the city of Tucson from Tumamoc Hill.
Sandra Westdahl, AZPM
LISTEN

October 2017 will go down in the Tucson weather record books as recording no rainfall, despite a storm that produced some moisture earlier in the week.

There was rainfall and plenty of lightning in parts of the Tucson metropolitan area late Monday into Tuesday morning, just not where it counts — at Tucson International Airport.

John Glueck of the National Weather Service said no rain is a rare occurrence for an October, but not the first time it’s happened.

“It would be the 12th October on record with not a drop of rain at the official recording spot in Tucson,” he said.

Glueck said the last measurable precipitation at the airport occurred Sept. 8, when 0.03 inches were recorded.

Tucson’s official rainfall total to date is just over 10 inches, about normal for the first 10 months of the year.

Global Temperatures in 2017 Rank in Top 3 on Record Thanksgiving High Temp Could be Hottest on Record in Tucson Dry End Bringing a Close to Above-Average Monsoon
By posting comments, you agree to our
AZPM encourages comments, but comments that contain profanity, unrelated information, threats, libel, defamatory statements, obscenities, pornography or that violate the law are not allowed. Comments that promote commercial products or services are not allowed. Comments in violation of this policy will be removed. Continued posting of comments that violate this policy will result in the commenter being banned from the site.