A group of Pima JTED students will travel to Houston to help with recovery efforts from Hurricane Harvey. by Nick O'Gara TWEET SHARE 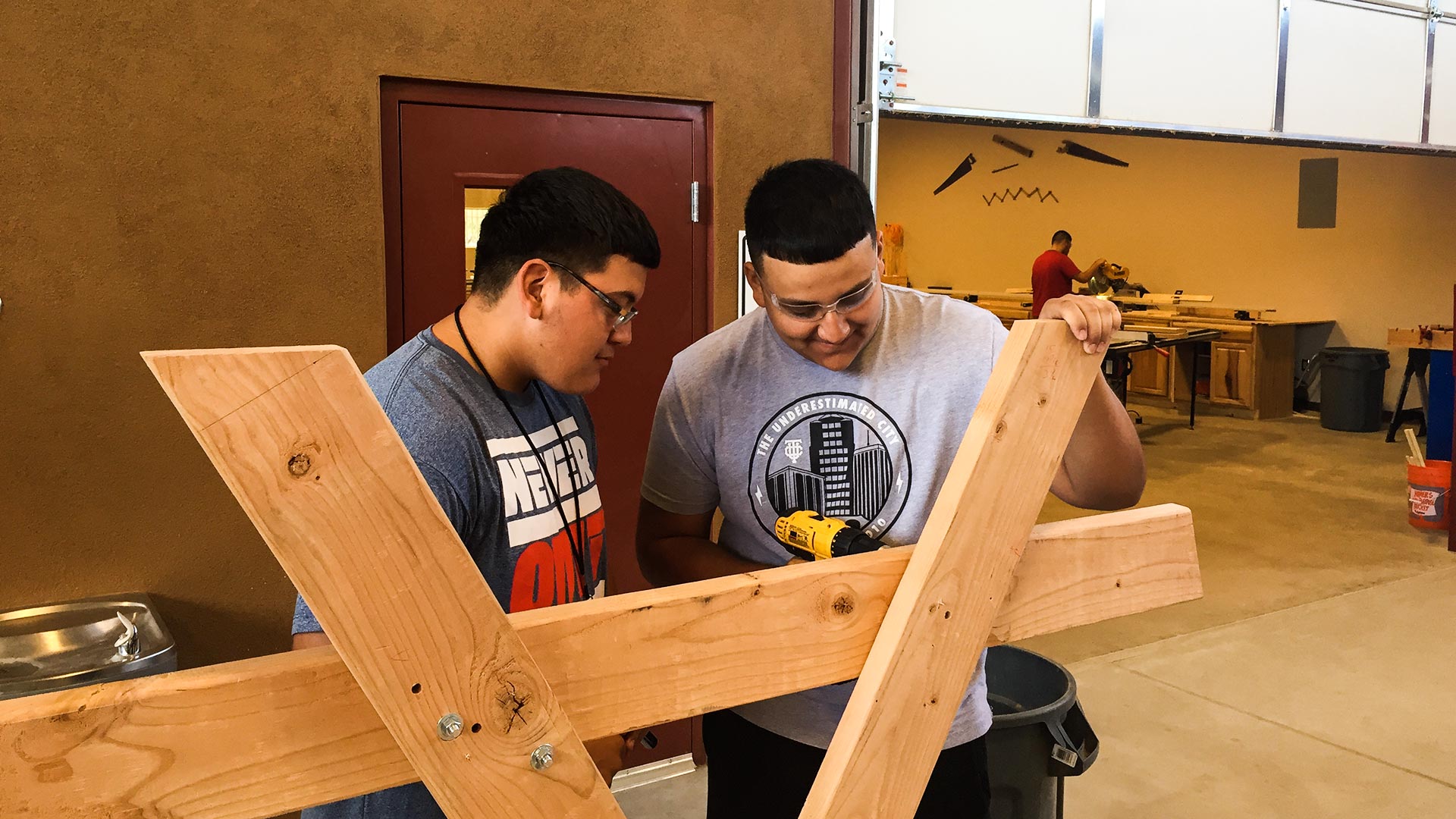 As news of the destruction in Texas from Hurricane Harvey arrived in Tucson, one teacher asked his students if they wanted to do something about it.

Jim Luckow, a teacher of 39 years, put the question to construction students at the Pima JTED Star Campus in Tucson. Soon, his students started adding their names to a list at the front of the class, he said, to spend their fall break making the trip to Texas to help in rebuilding efforts in Houston and surrounding areas.

The main skill sets the students focus on in the construction class could see them pursue careers as carpenters, masons, plumbers and electricians. Ten of these students will pile into a van to make the journey to Houston Oct. 8.

“They were a little unsure what they were signing up for, but I think they just bought into the idea of wanting to help,” Luckow said.

The initial goals are to focus on debris removal, cleanup and perhaps repair work. Luckow says other tasks may arise, depending on the needs they encounter.

He said reminded the students that it's not going to be a "glamorous" trip, but they're on board.

“It’ll be a life-changing moment for some of these kids, and for all of us.” 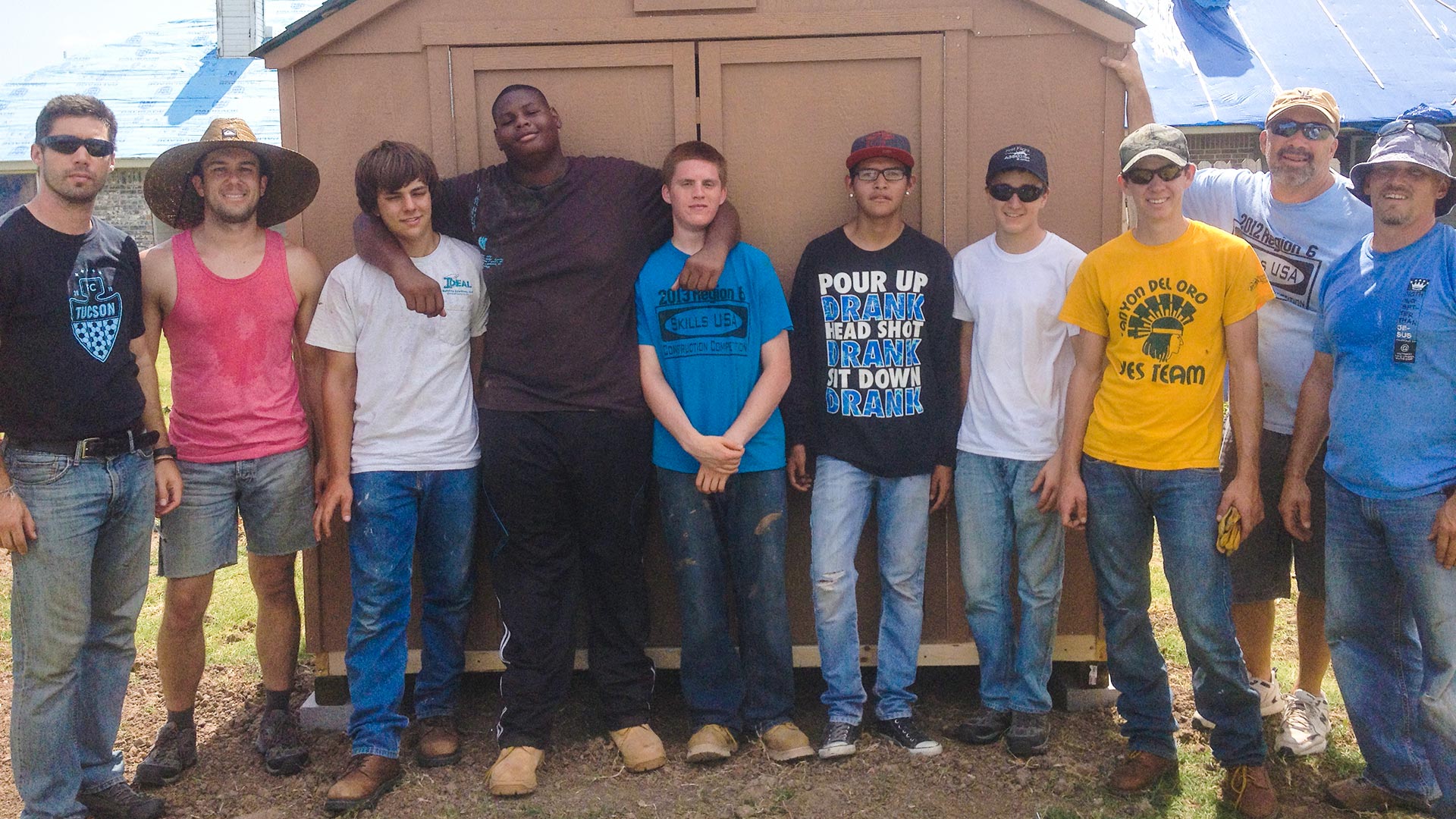 Luckow has experience involving students in disaster relief. After a deadly tornado struck Moore, Oklahoma, in 2013, Luckow traveled with a group from another high school to help in recovery efforts there.

While the group is composed of students in the JTED Star Campus construction class in the Sunnyside School District, the trip is independent, because the district would need two months of notice to travel across state lines, Luckow said. Instead, it's an unaffiliated volunteer trip, and they’re raising money online and teaming up with Tucson's Hope Community Church.

“It’s truly inspiring for me as a teacher to have as many students that were interested and wanted to go who’d be willing to give up their fall break and help people they don’t even know.”

Apart from helping in the recovery efforts, Luckow sees the trip through the lens of an educator.

"This trip is just a moment in time in their lives. The bigger picture is I want to be able to help my students out in their careers."

Visit the group’s GoFundMe page here. The money will be used to cover travel, food and other expenses, like gift cards for those affected by the destruction, Luckow said.

Career and Technical Ed Officials See Potential Boon in School Letter Grades Used Car Prices In Phoenix Area Spike After Hurricane Harvey Mexico, Facing Earthquake Aftermath, Cancels Help to Texas
By posting comments, you agree to our
AZPM encourages comments, but comments that contain profanity, unrelated information, threats, libel, defamatory statements, obscenities, pornography or that violate the law are not allowed. Comments that promote commercial products or services are not allowed. Comments in violation of this policy will be removed. Continued posting of comments that violate this policy will result in the commenter being banned from the site.