× CORONAVIRUS: The latest coverage and local resources regarding COVID-19 from the Arizona Public Media newsroom.
/ Modified may 31, 2017 10:58 a.m.

Heat May Have Killed Illinois Man West of Tucson 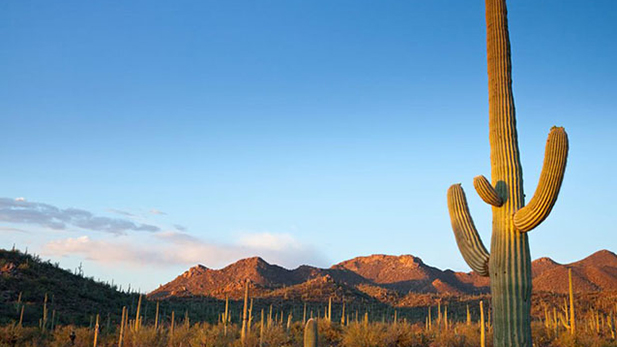 An Illinois man died when hiking in Saguaro National Park west of Tucson, possibly from exposure to the heat, park officials reported.

The man was identified as Bradley Hughes, 34, of Geneva, Ill. He was found dead on a trail Saturday. His water container was empty, and officials said heat or dehydration may have been a factor in the death.

Temperatures Saturday were in the mid-90s.

Park officials said hikers should be extra cautious during the summer by packing enough water and letting someone know of their whereabouts.

Chief Ranger Ray O’Neil recommended hikers plan to end their journeys by 10 a.m., or turning back before their water supply is half gone.

Officials: Take Caution as Tucson Heat Creeps Toward 115 As Heat Returns, Officials Urge Safety Cooling Stations Offer Urban Respite from Summer Heat
By posting comments, you agree to our
AZPM encourages comments, but comments that contain profanity, unrelated information, threats, libel, defamatory statements, obscenities, pornography or that violate the law are not allowed. Comments that promote commercial products or services are not allowed. Comments in violation of this policy will be removed. Continued posting of comments that violate this policy will result in the commenter being banned from the site.