Study: Wildfires Responsible for 99% of Erosion in West 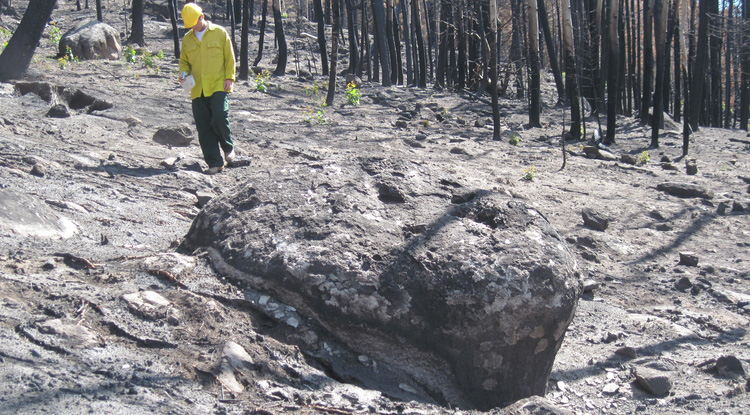 Geoscientists were already studying erosion in watersheds in the Valles Caldera in northern New Mexico when a major forest fire hit in 2011. The Las Conchas fire allowed them to see the immediate effects on the landscape of a wildfire.

“We found that wildfire was responsible for 99 percent of the total erosion over geologic time scales – so thousands of years to millions of years,” Pelletier said.

Pelletier said other studies had indicated that wildfires were a major cause of erosion but “to find numbers that were that high, 99 percent, was truly remarkable and surprised us.”

Pelletier said forests are changing and disappearing from the western U.S. for a variety of reasons. If the soil is being removed by erosion at an unsustainable rate, vegetation may not be able to return after a fire, affecting the ecosystems and putting structures in danger from flooding.

USGS: Wildfire-Caused Erosion Endangers Western Watersheds Wildfire on Mount Lemmon Contained at 50 Acres Personal Drones Can Endanger Wildfire Fighting Efforts
By posting comments, you agree to our
AZPM encourages comments, but comments that contain profanity, unrelated information, threats, libel, defamatory statements, obscenities, pornography or that violate the law are not allowed. Comments that promote commercial products or services are not allowed. Comments in violation of this policy will be removed. Continued posting of comments that violate this policy will result in the commenter being banned from the site.