Winged insects are as bothered by pathogens as humans are by them. by Sara Hammond Tweet 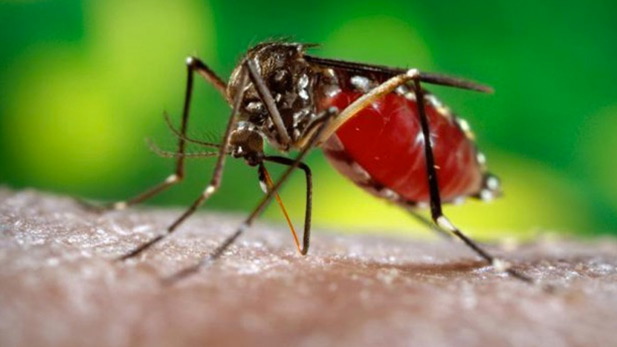 University of Arizona researchers are working to re-engineer mosquitoes to resist infectious diseases.

The researchers’ work could help curb widespread outbreaks of diseases such as dengue fever, malaria and Zika virus, all of which are transmitted by mosquitoes.

No cases of Zika have been reported in Arizona, but public health officials expect the disease to arrive here from people who have traveled to Central and South America and contracted it there.

Mosquitoes aren’t just annoying pests. They play a role in nature, serving as food for fish, spiders and other insects.

Michael Riehle, an associate professor in the UA’s Department of Entomology, has studied mosquitoes for more than 20 years. He’s trying to engineer an insect that’s resistant to malaria and other diseases.

“They don’t want to be infected with the pathogens any more than we do. The pathogens have hijacked them to get themselves from one person to the next,” Riehle said.

Riehle said his lab has had some successes toward making the insects resistant to disease, but they are unable so far to compete with wild mosquitoes.

“The long-term goal is to actually release these resistant mosquitoes with the goal of replacing wild populations that are transmitting disease,” he said.

Meanwhile, humans can protect themselves from the pests by removing standing water around their homes, applying insect repellant and wearing long clothing when outside.

Sierra Vista to Run Controlled Burns Next Week Researcher: Climate Change Could Worsen Mosquito-Borne Diseases Mosquito Season Brings Worry of West Nile More Than Zika
By posting comments, you agree to our
AZPM encourages comments, but comments that contain profanity, unrelated information, threats, libel, defamatory statements, obscenities, pornography or that violate the law are not allowed. Comments that promote commercial products or services are not allowed. Comments in violation of this policy will be removed. Continued posting of comments that violate this policy will result in the commenter being banned from the site.