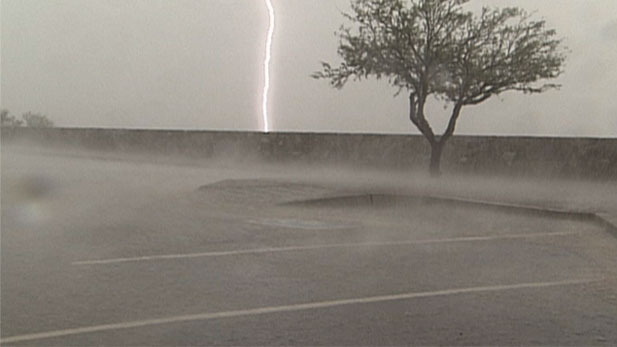 Monsoon rain is a common Tucson attraction during the month of July.
AZPM

Climate watchers say an El Niño is likely forming in the Pacific Ocean, and it may stick around for a while.

What does that mean for the Southwest’s weather?

The National Oceanic and Atmospheric Administration reports water temperatures in the equatorial Pacific warmed during May. From this, climate models now predict an 85 percent chance El Niño will persist into the 2016 winter.

Ken Waters with the National Weather Service says past moderate to strong El Niños have often brought wetter and cooler temperatures across the south, but that is no sure bet.

"However, it does give us a much higher chance of getting some significant precipitation, especially over the winter time," Waters said. "That’s generally the most likely time when you’re going to see the big effects in Arizona.”

Winds at the equator normally blow from the east, upwelling cooler water from below and pushing warmer water further west towards Asia.

But in El Niño, these winds can weaken, allowing warmer water to ebb further east toward the Americas. Warmer water increases atmospheric moisture, and can be picked up by westerly winds and carried into the southern United States.

This report is from the Arizona Science and Innovation Desk, a collaboration of four public broadcasting entities in the state.

Arizona Fire Season Looks Bad, But Not Worst in West Where's the Heat? Tucson's Weather Is Topsy-Turvy Tucson Winter Rain Has Been Reliable So Far
By posting comments, you agree to our
AZPM encourages comments, but comments that contain profanity, unrelated information, threats, libel, defamatory statements, obscenities, pornography or that violate the law are not allowed. Comments that promote commercial products or services are not allowed. Comments in violation of this policy will be removed. Continued posting of comments that violate this policy will result in the commenter being banned from the site.