AZ Week: 'El Chapo Will Never Be Extradited to US'

After an extensive manhunt one of most wanted drug lords Joaquin 'Chapo' Guzman was captured in Feb.; many argue Mexico will never hand him over to US trial system. by Maria Inés Taracena Tweet
azpm

After an extensive manhunt, one of the most wanted drug lords, Joaquin "Chapo" Guzman, was captured in February while in the city of Mazatlan, Sinaloa, Mexico thanks to a collaboration between Mexican and U.S. authorities. He had been on the run since 2001, after escaping a Mexican prison. 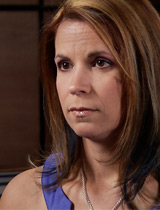 Guzman was the leader of the powerful Sinaloa Cartel, a drug smuggling organization whose influence and products spanned the entire U.S., and even dozens of other countries. He is often referred to as the pioneer of drug trafficking, because underground tunnels and other smuggling tactics emerged because of his initiative.

He faces charges in Mexico as well as the U.S., but his extradition to American soil - despite great pressure - is highly unlikely, according to many reports.

"...the U.S. was fighting so hard to extradite him...it is interesting that (Mexican President) Enrique Peña Nieto chose not to extradite him...I think Peña Nieto is trying to send the message in that...Mexico has the control over its own fate," said Sylvia Longmire, author of Border Insecurity: Why Big Money, Fences, and Drones Aren't Making Us Safer and border analyst, during Friday's broadcast of Arizona Week.

She said other drug kingpins have been extradited since Peña Nieto came to power, such as Iván Velázquez Caballero, also known as El Talibán, who was the head of the Zetas Cartel.

"We've seen numerous extraditions, because we know, if they are extradited here, they will go through a trial...a plea deal...(and amid a plea deal), they will be able to provide intelligence to the (Drug Enforcement Agency)," she said. Many argue this is the exact reason why he will never be extradited. 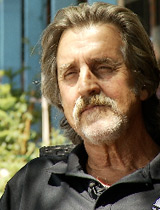 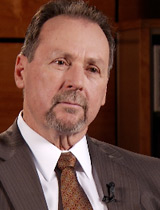 It is argued the Mexican government cannot afford Guzman to roll out a list of higher-ups who've been or still are in his pocket.

"He will never be extradited to the U.S.," said Terry Kirkpatrick, former U.S. Immigration and Customs Enforcement agent. "The attorney general from Mexico said 'absolutely not,' no matter how much pressure the U.S. puts on them. They don't want the public corruption involved there...his network..." or the identities of the politicians and law enforcement agents who allegedly collaborated with him, he argued.

Stephen Ralls, a Tucson lawyer and crime defense specialist, added that Mexico also wants to prove they can handle cases of such caliber.

"He is facing serious charges in Mexico...kidnapping, drug trafficking and allegations of homicide," he said. "So for Mexico, it is their opportunity to show they can handle high-profile (cases) like El Chapo Guzman."

AZ Week: Film Explores Whether Real 'El Chapo' Captured AZ Week: 'US Has Responsibility to Maintain Stability in Iraq' AZ Week: Once Ground Zero, Border Sees Improvements
By posting comments, you agree to our
AZPM encourages comments, but comments that contain profanity, unrelated information, threats, libel, defamatory statements, obscenities, pornography or that violate the law are not allowed. Comments that promote commercial products or services are not allowed. Comments in violation of this policy will be removed. Continued posting of comments that violate this policy will result in the commenter being banned from the site.