The Vice President stopped in Tucson to get the endorsement of the Arizona Police Association. by Christopher Conover Tweet 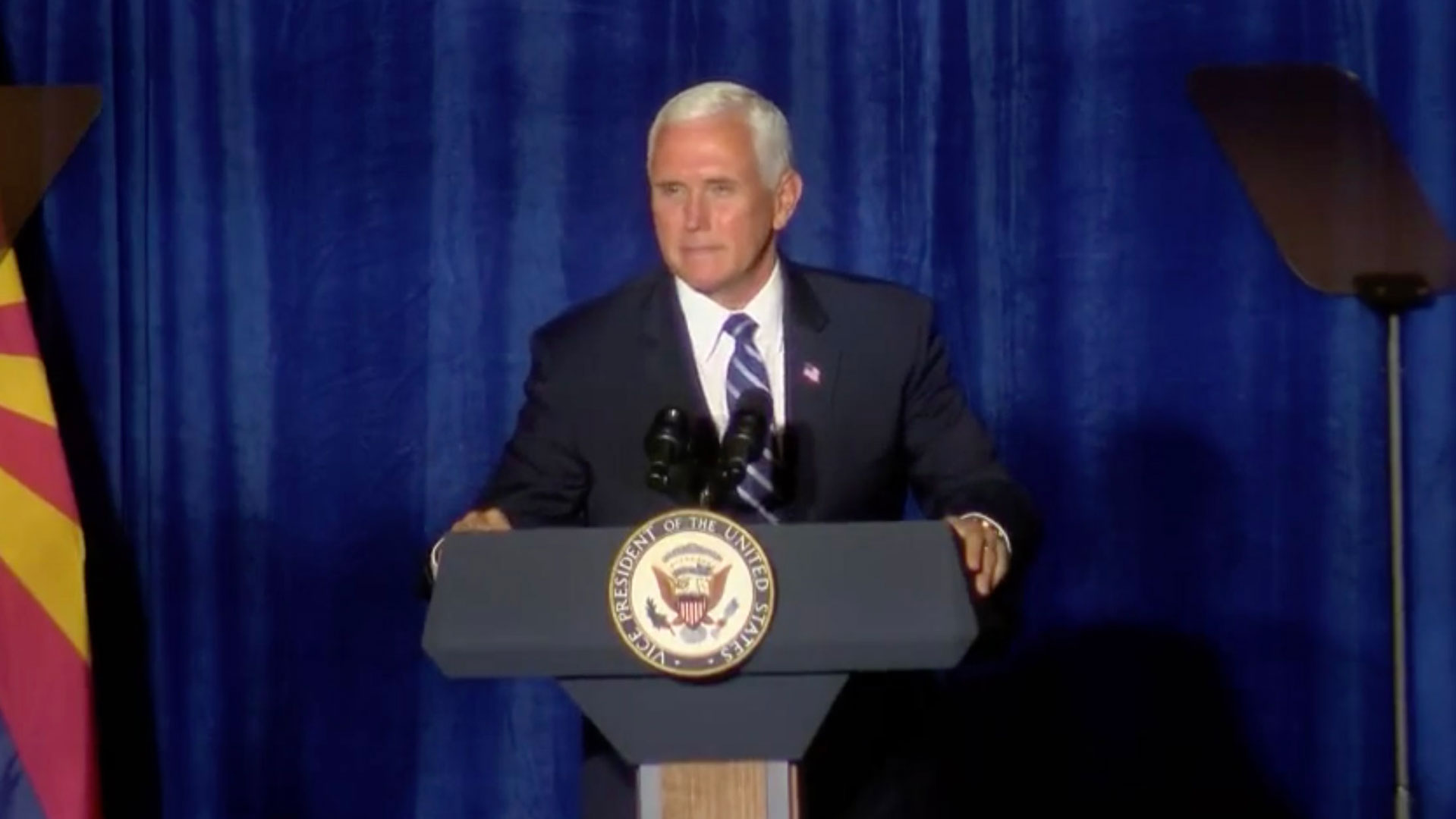 Vice President Mike Pence made two campaign stops in Arizona on Tuesday. His first stop was in Tucson to pick up the endorsement of the Arizona Police Association.

During his speech to the roomful of law enforcement officers he tried to send a simple message.

“We’ll always back the blue,” Pence said repeatedly. The Trump-Pence ticket is currently trailing in Arizona polls by five points but have begun to close the gap with the presumptive Democratic nominee Joe Biden.

Following months of protests across the country, law enforcement has become a flash point during this year’s presidential campaign.

Many of the protests have centered on law enforcement treatment of minorities, especially Black people.

“We don’t have to choose between supporting law enforcement and supporting our African American neighbors. We can do both, and we’re going to keep doing both for four more years,” said Pence.

While in Tucson, the Vice President also threw his support behind Republican Martha McSally in her race for the U.S. Senate as well as Tiffany Shedd and Brandon Martin who are both running for Congress.

Gap in U.S. Senate race narrows State unsure what to do with president’s unemployment order Poll: Majority of Arizonans uncomfortable sending kids back to school
By posting comments, you agree to our
AZPM encourages comments, but comments that contain profanity, unrelated information, threats, libel, defamatory statements, obscenities, pornography or that violate the law are not allowed. Comments that promote commercial products or services are not allowed. Comments in violation of this policy will be removed. Continued posting of comments that violate this policy will result in the commenter being banned from the site.