'Expedited Removal,' Its Scope Expanding, Blurs Lines for Many

Now, immigration officers, without a judge, can decide the fate of an undocumented immigrant. by Nancy Montoya Tweet 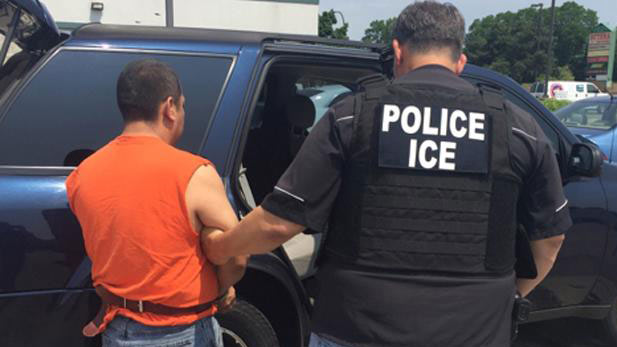 President Donald Trump’s executive order calling for the deportation of millions of immigrants is complicated and, for many, confusing.

An immigrant suspected of being in the United States illegally could be deported immediately and without a hearing, a process called “expedited removal.”

The Trump administration has expanded its scope from within 100 miles of the border to anywhere in the U.S. And the minimum has gone from two weeks to two years.

“We have so many people who have been emailing or calling about what this means to them,” said Tucson immigration lawyer Mo Goldman.

What it means is that immigration officers – not a judge – can determine if someone has the proper papers to stay in the U.S. But confusion around Trump’s new expedited removal plan goes beyond those who may be in this country illegally.

The only way an immigrant can avoid expedited removal is to declare the need for asylum, which means presenting evidence of a credible fear of torture or persecution.

Lawyers Help Immigrants Facing Deportation Assistant TPD Chief: Let Immigration Experts Enforce Laws Pima County Sheriff Says 'No Way' to Trump's Immigration Enforcement
By posting comments, you agree to our
AZPM encourages comments, but comments that contain profanity, unrelated information, threats, libel, defamatory statements, obscenities, pornography or that violate the law are not allowed. Comments that promote commercial products or services are not allowed. Comments in violation of this policy will be removed. Continued posting of comments that violate this policy will result in the commenter being banned from the site.