400 immigration attorneys are meeting through the Catholic Immigration Network in Tucson this week. by Nancy Montoya Tweet 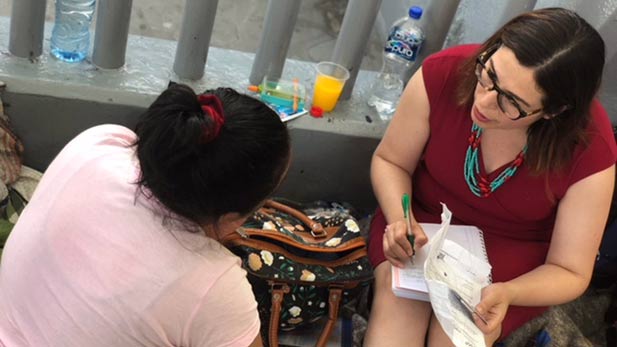 While Homeland Security Secretary Kirstjen Nielsen was holding her news conference Thursday afternoon with more than a dozen news agencies on the U.S. side of the border, a few yards away, on the Mexican side, there were no cameras, no news conference. Instead, there were volunteer attorneys and a Catholic bishop mingling among desperate families needing help.

There are some 400 immigration attorneys in Tucson this week for a conference by the Catholic Immigration Network. Many of them will make their way across the border to give free advice to families lost in a system they don't understand but are desperate to maneuver.

In the background, you can hear a child crying "mommy." Jennifer Bibby-Gerth, an immigration lawyer with the Catholic Immigration Network, said it is gut-wrenching to see children afraid of being separated from a parent. 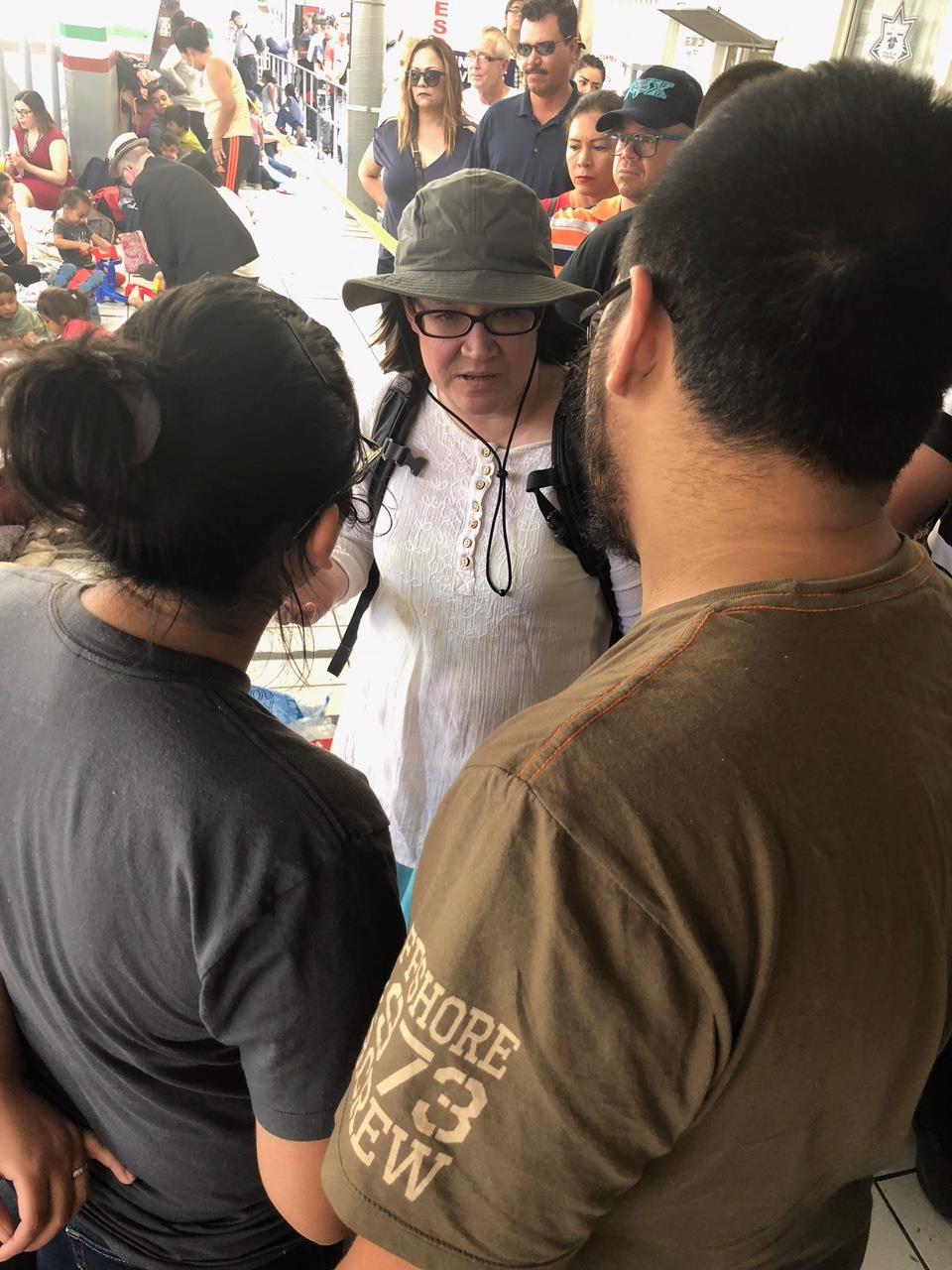 Another attorney with the Catholic Immigration Network mingling among the families waiting to ask for asylum was Lucero Ortiz.

"The families we met with, first and foremost, they are afraid. They are expressing fear for their own lives and fear for family members who are either here or are left behind in their home countries," said Ortiz.

There have been several Trump administration Cabinet members to visit the Arizona border. While they talk with ranchers, reporters, the Border Patrol and local elected officials, none have met with immigrant-rights activists.

Jill Bussey, from the Catholic Immigration Network, is one of the conference organizers that attracted more than 400 immigration attorneys to Tucson this week.

Bussey took a group of immigration attorneys to the Mexican side of Ambos Nogales to give free advice to families looking for asylum. She timed it to coincide with the border visit by the secretary of Homeland Security.

"As much as we hear from the Department of Homeland Security about their side of the story," said Bussey, "what we feel gets lost are the stories of our brothers and sisters: their struggle, what brings them here and the conditions that they undergo while they are here," she said.

Bussey says the biggest concern right now are the cases of families asking for asylum and being separated from their children while their cases are being heard.

Rep. Grijalva: Enforcement Strategy Dehumanizes Immigrant Families 2 Million Immigrants Could be Eligible for Legal Status, Study Says Homeland Security Secretary Visits Arizona-Mexico Border
By posting comments, you agree to our
AZPM encourages comments, but comments that contain profanity, unrelated information, threats, libel, defamatory statements, obscenities, pornography or that violate the law are not allowed. Comments that promote commercial products or services are not allowed. Comments in violation of this policy will be removed. Continued posting of comments that violate this policy will result in the commenter being banned from the site.