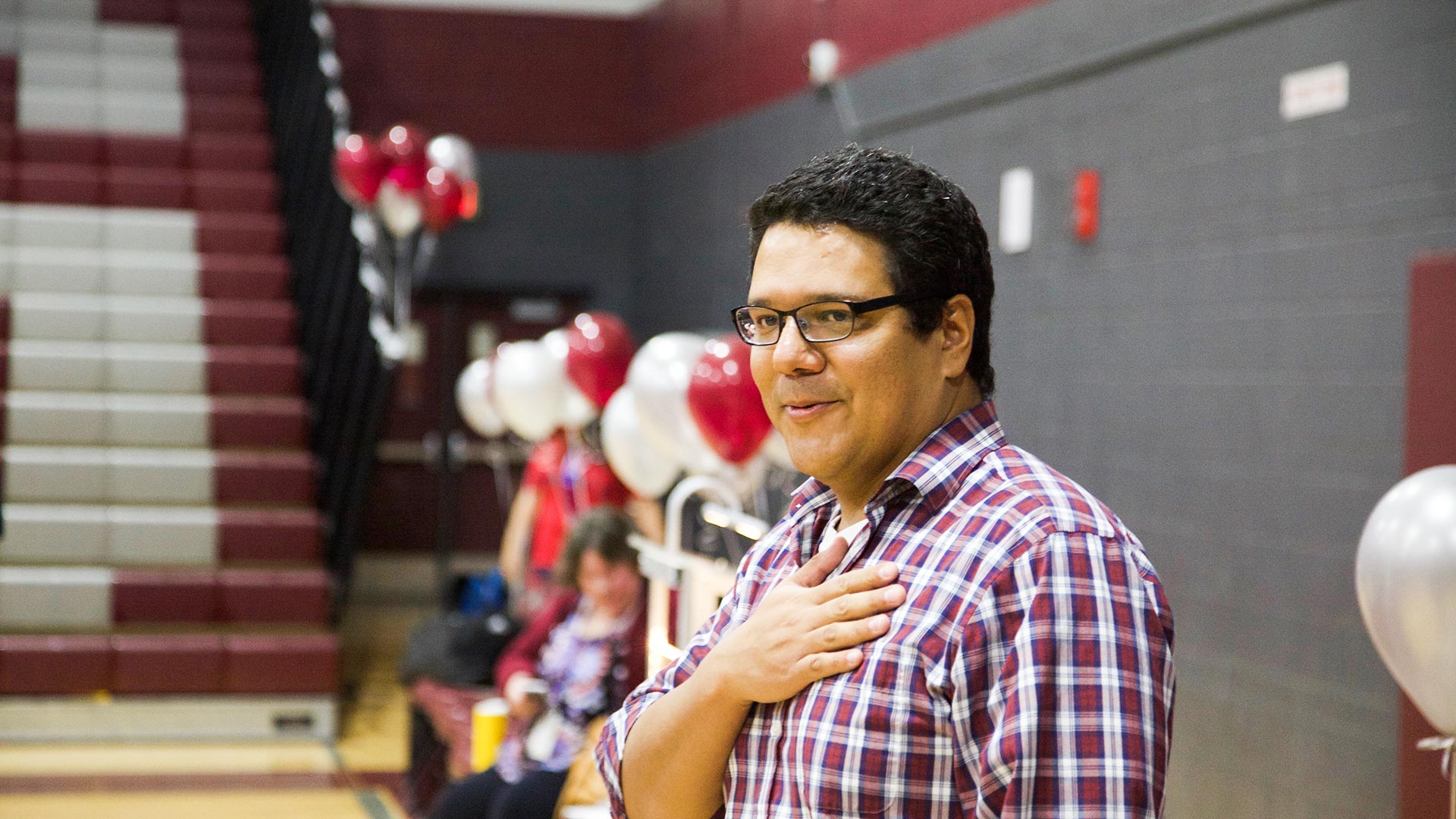 A Tucsonan became the only Arizona educator to win a national recognition this year for teaching excellence on Thursday.

The Milken Educator Award comes with $25,000, and it also came as a surprise to Desert View High School chemistry teacher Jonathan Cadena.

"I was just overwhelmed, I didn't know what to feel at first, it was just a combination of excited and happy and disbelief." 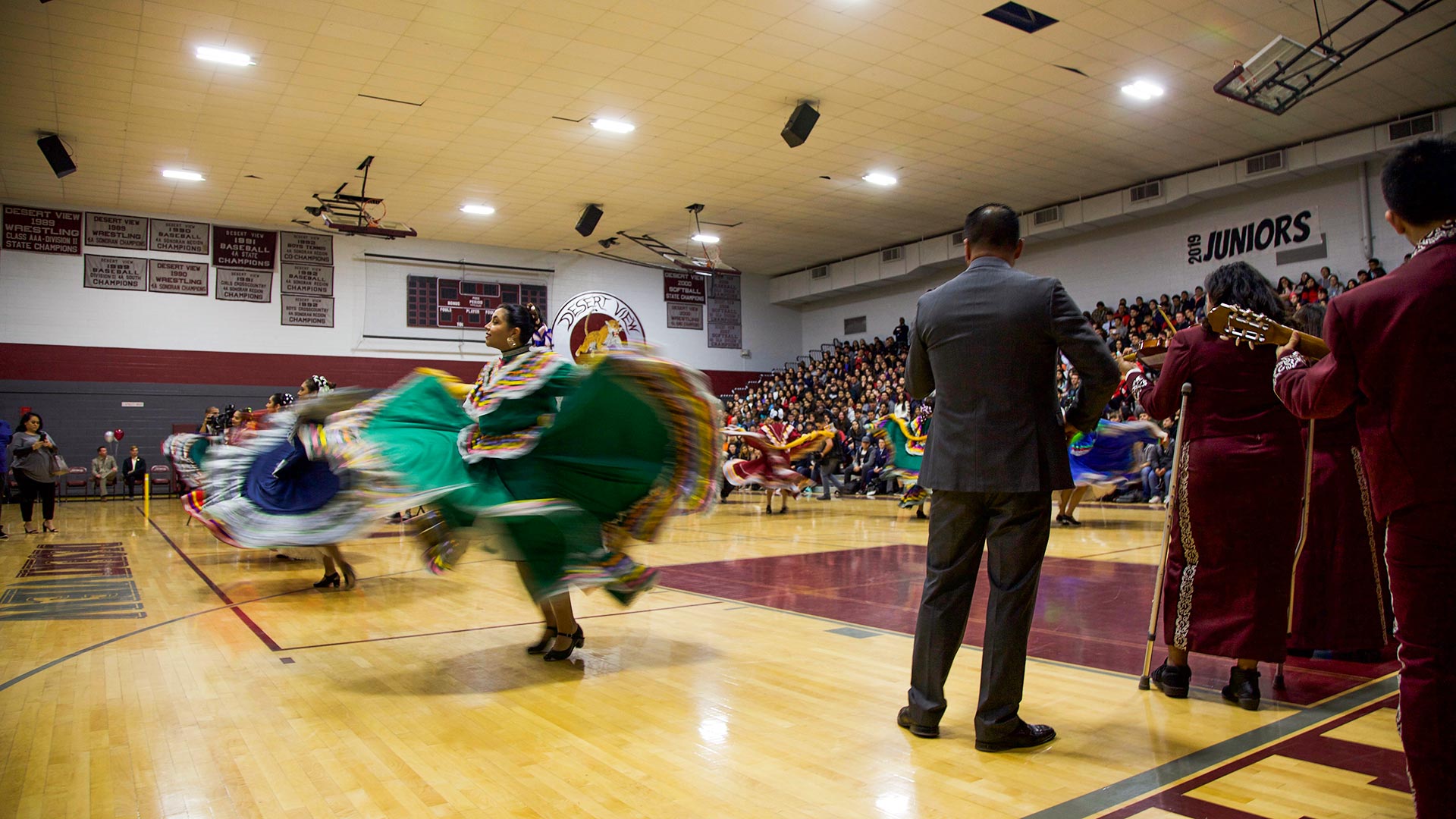 The element of surprise is a hallmark of the award announcements, which the Milken Foundation says it has been handing out for three decades. Like the 43 other educators from around the country chosen this year, Cadena showed up to the school gymnasium for an assembly, not knowing he would be the center of attention.

The Desert View student body filled the bleachers, and Pima County Superintendent Dustin Williams opened the ceremony, filling in for Arizona schools Superintendent Diane Douglas, who could not attend, he said. Williams introduced the foundation chair, Lowell Milken, characterizing him as a "world-class businessman" whose generosity has impacted hundreds of thousands of teachers. 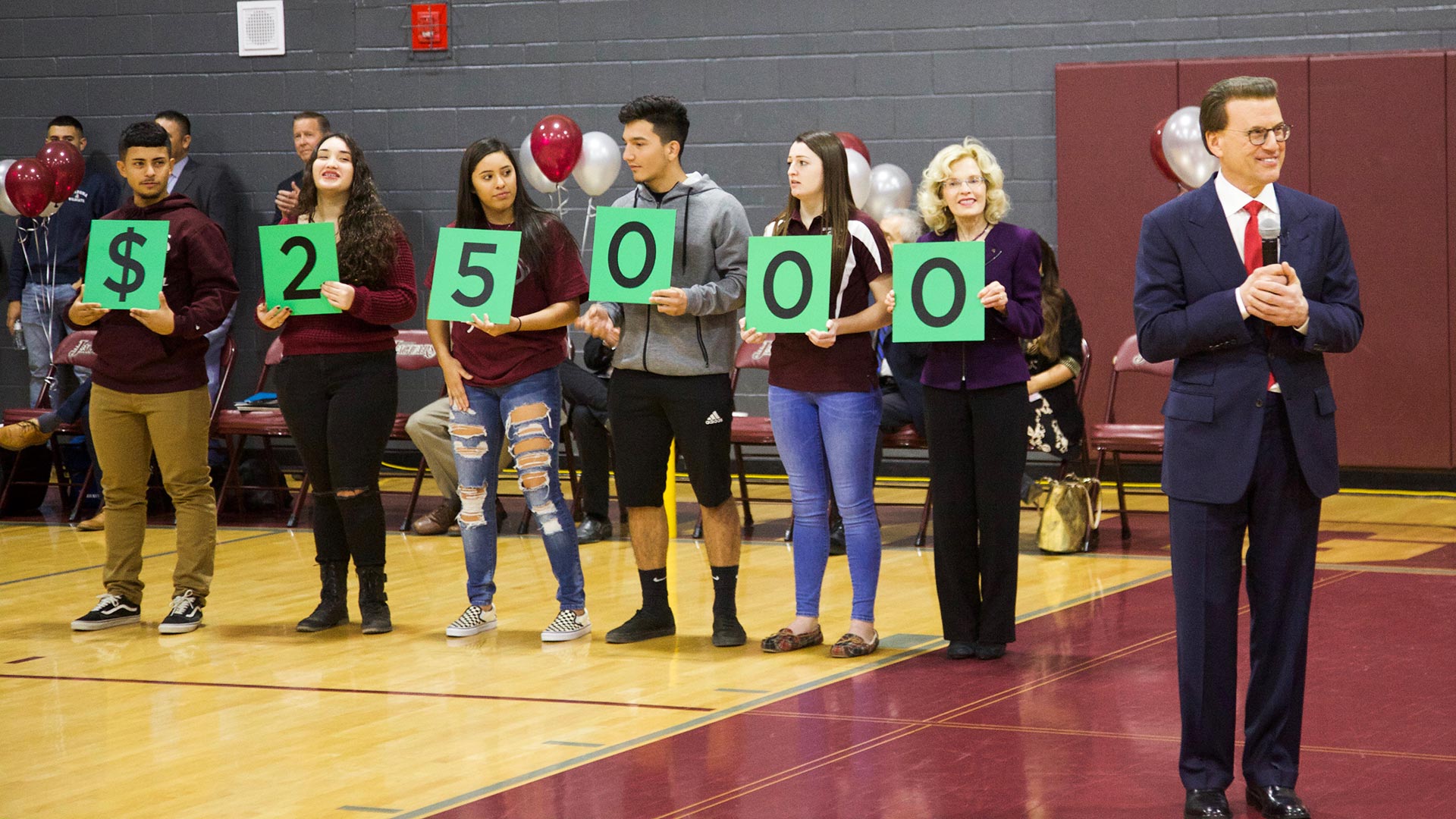 "We know from research that the single most important school-related factor that will determine how you will do is the quality of the teacher in the classrooms. Yes, good teachers really do make a difference," Milken said in statements leading up to the announcement.

"I was just overwhelmed, I didn't know what to feel at first, it was just a combination of excited and happy and disbelief."

Also in attendance were previous winners of the award, including Manuel Valenzuela, superintendent of the Sahuarita Unified School District.

"It shines the spotlight on this important work that we do to teach and educate the future of our country," said Valenzuela, who was the first Arizona recipient of the award, in 1998. 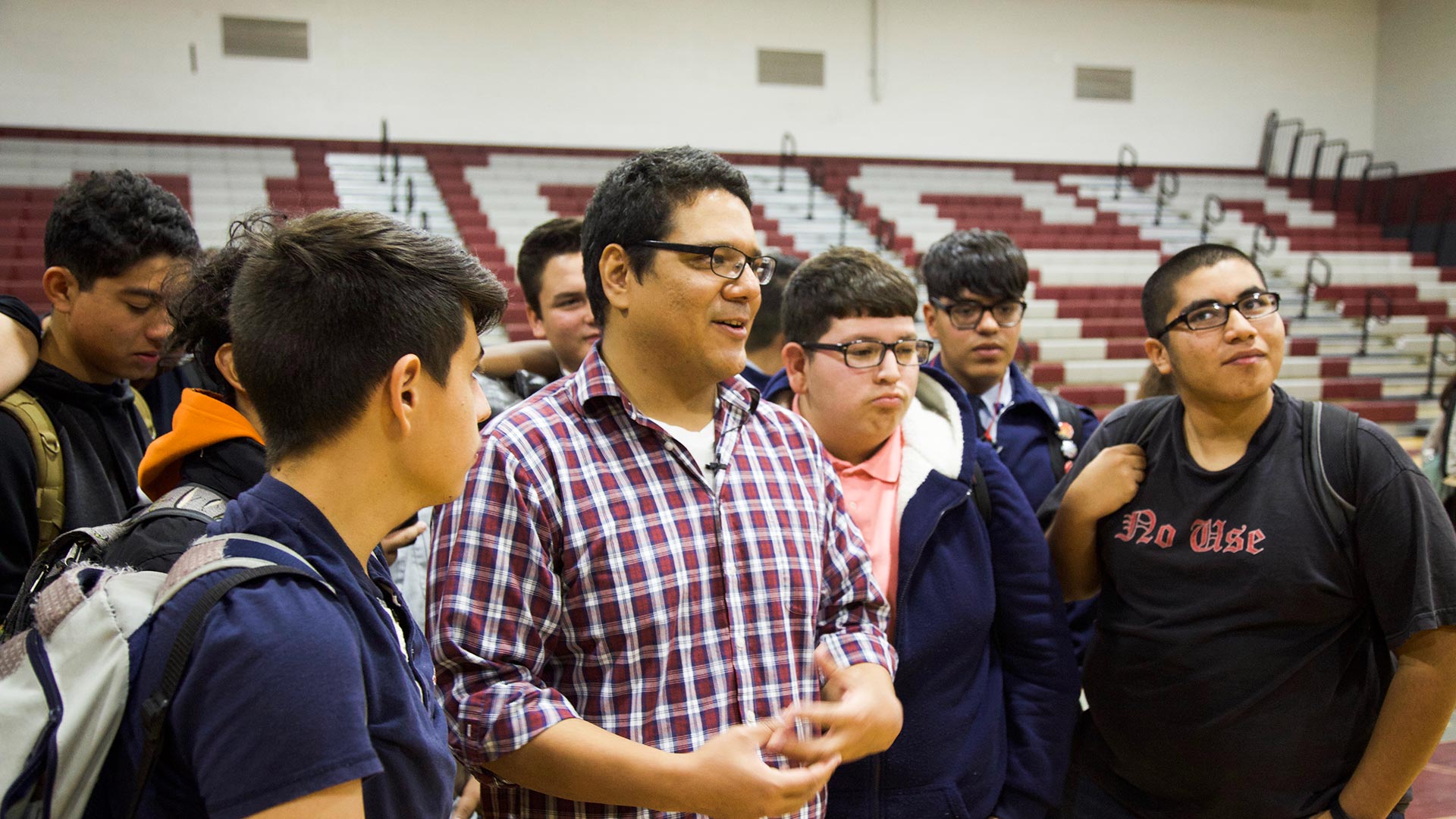 VIEW LARGER Teacher Jonathan Cadena and some of his students talk to the media after he received the Milken Award.
Nick O'Gara, AZPM

The selection process for the recognition is confidential, and nominees are eventually reviewed by panels appointed by the state board of education, according to the foundation website. Milken said Desert View's Cadena was chosen in part for bringing intelligence and compassion to his classroom.

Cadena said he works to bring creativity to the content in his classroom, and has ideas about what it takes for students to thrive.

Cadena said he's looking forward to the professional development opportunities the Milken network will bring. "I guess that nerdy side never came out of me."

He's also free to do what wants with the $25,000, and said it comes at a good time, as his wife recently gave birth.

1/4 of TUSD Teacher Vacancies Are Exceptional Ed Positions 2017: Arizona Struggles With Hiring, Retaining Teachers Professor Honored by Italian Community for Archaeological Work
By posting comments, you agree to our
AZPM encourages comments, but comments that contain profanity, unrelated information, threats, libel, defamatory statements, obscenities, pornography or that violate the law are not allowed. Comments that promote commercial products or services are not allowed. Comments in violation of this policy will be removed. Continued posting of comments that violate this policy will result in the commenter being banned from the site.