The machine grants anyone with a library card access to its 125-book collection. by Summer Hom Tweet 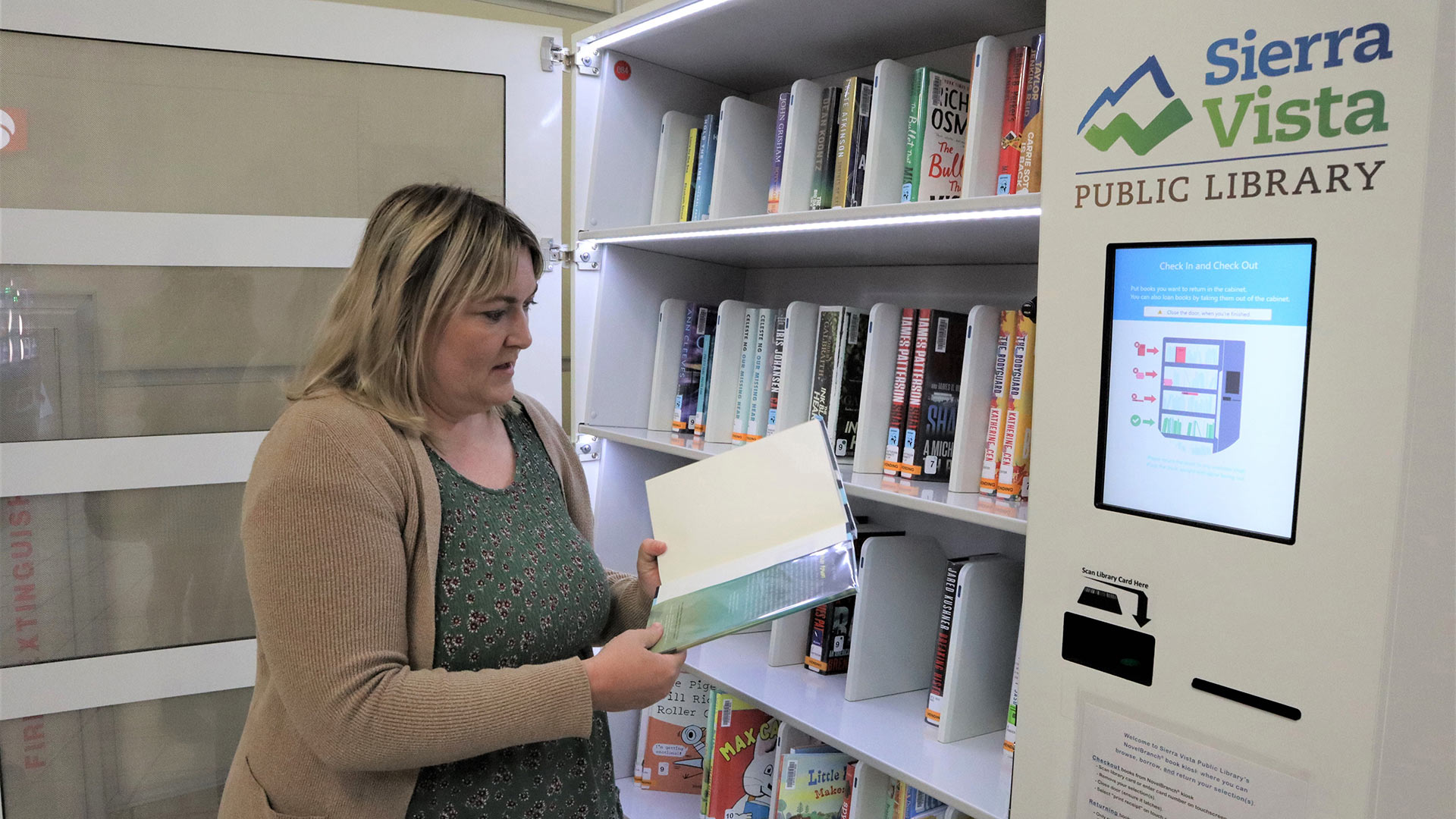 City of Sierra Vista Library Manager Emily Duchon said that it’s about getting into people’s backyards and making access to books easier and more hands-off.

“As long as your card is in good standing, you just swipe your card and the door opens for you,” said Duchon. “And everything is RFID technology. So, when you take out a book to look at it, the machine understands if you put it back or if you don't put it back.”

The vending machine, which was installed in late November, holds 125 books and includes in its selection books for children, young adults and adults.

“We are starting out with basically bestsellers,” Duchon said. “We want things that moved. So think, like, the New York Times bestseller list for adults, teens, and children, and anything within the latest, three months. And then another two or three months, will change everything out to — again — the newest best sellers.”

Duchon said that the machine cost a little over $30,000, of which $20,000 came from the Friends of the Sierra Vista Public Library, a nonprofit organization and used book store. She said that the rest was covered in the library’s budget.

As much as the vending machine is a new way to interact and entice readers, Duchon said it is also gauging interest in a possible satellite branch of the library, which is located in the north-central side of the city off of Tacoma Street.

“I think this is the start of serving those areas, but going out to those areas and then seeing if maybe in the future a small branch is needed out there, we can really analyze the number of checkouts and activities going on in this vending machine,” she said.

In the future, Duchon hopes to add more book vending machines around the city.

“There's some practical things that you have to consider,” Duchon said. “For instance, the machine has to be indoors, and so it was difficult to come up with a lot of indoor places with foot traffic enough to warrant, you know, this expensive machine.”

“So I think there's some things we'd have to think about, but we're absolutely hoping that people use it and we can start to think about more of them all around town, ideally including Fort Huachuca,” she concluded.

Sierra Vista residents aim to bring holiday cheer to ill people by decorating tree near hospital Sierra Vista Police Dept. unveils mural by Cochise College students Copper Queen Library
By posting comments, you agree to our
AZPM encourages comments, but comments that contain profanity, unrelated information, threats, libel, defamatory statements, obscenities, pornography or that violate the law are not allowed. Comments that promote commercial products or services are not allowed. Comments in violation of this policy will be removed. Continued posting of comments that violate this policy will result in the commenter being banned from the site.