No injuries after transformer catches fire at Hoover Dam

The fire causes no threat to electric grid. by Associated Press Tweet 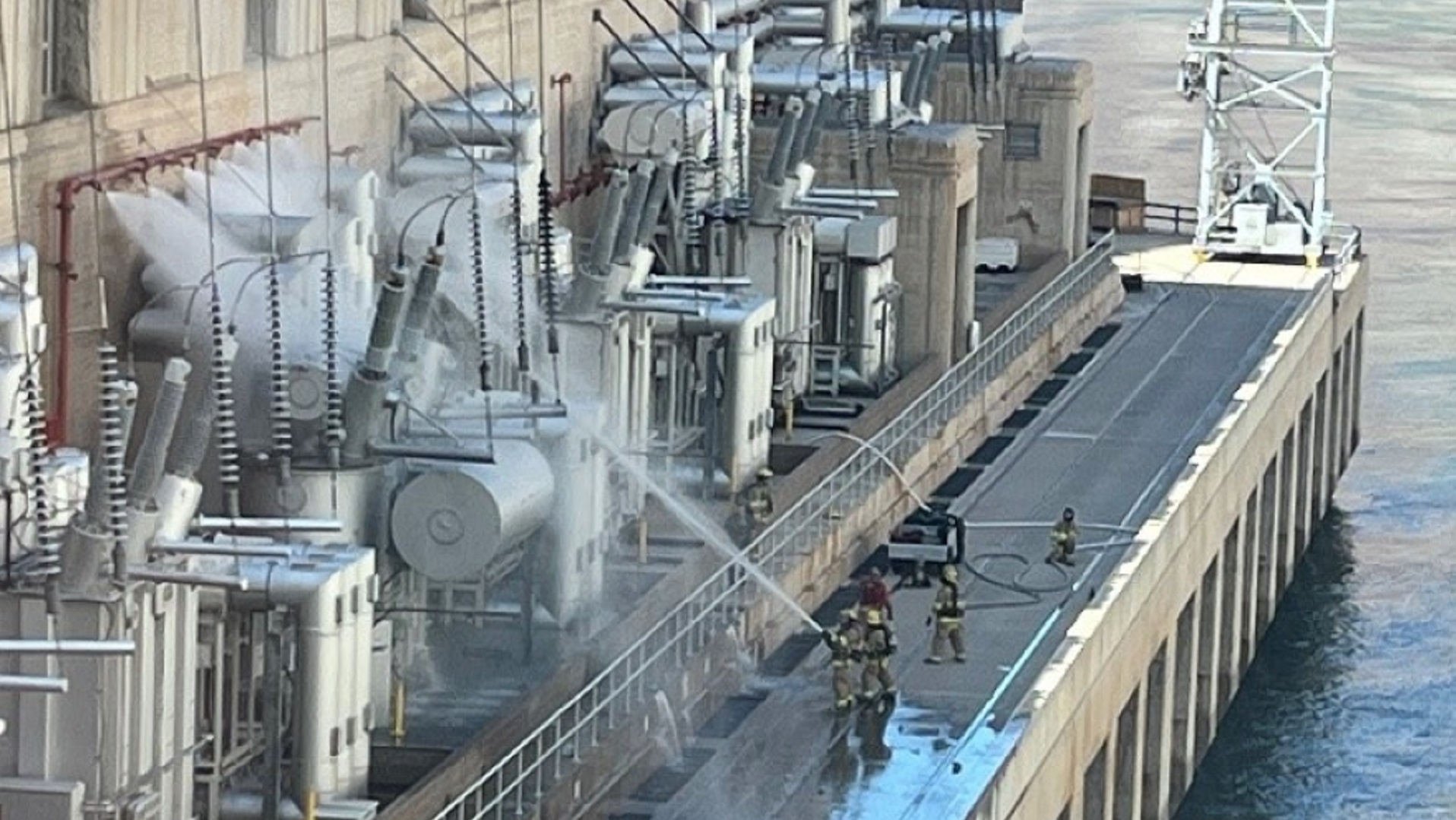 Officials say no one was injured when a transformer at Hoover Dam briefly caught fire Tuesday morning.

A spokesperson for the Bureau of Reclamation said the fire ignited around 10 a.m. and was extinguished about half an hour later.

She said there is no risk to the power grid and power is still being generated.

Police in Boulder City, Nevada, have previously said they were headed to the Hoover Dam after reports of an explosion Tuesday morning.

Videos posted on social media showed what appeared to be a fire or explosion in a building near the base of the dam.

Boulder City officials said on Twitter that the fire was out before the fire department arrived.

Governor signs $1.2B water plan as Arizona faces cutbacks ASU online water tool updates help Arizonans learn about waterways For this summer's water forecast, climate experts are looking back to winter
By posting comments, you agree to our
AZPM encourages comments, but comments that contain profanity, unrelated information, threats, libel, defamatory statements, obscenities, pornography or that violate the law are not allowed. Comments that promote commercial products or services are not allowed. Comments in violation of this policy will be removed. Continued posting of comments that violate this policy will result in the commenter being banned from the site.