For this summer's water forecast, climate experts are looking back to winter

Snow is the key to water in Arizona and other the Colorado River Basin states. by Alex Hager/KUNC Tweet 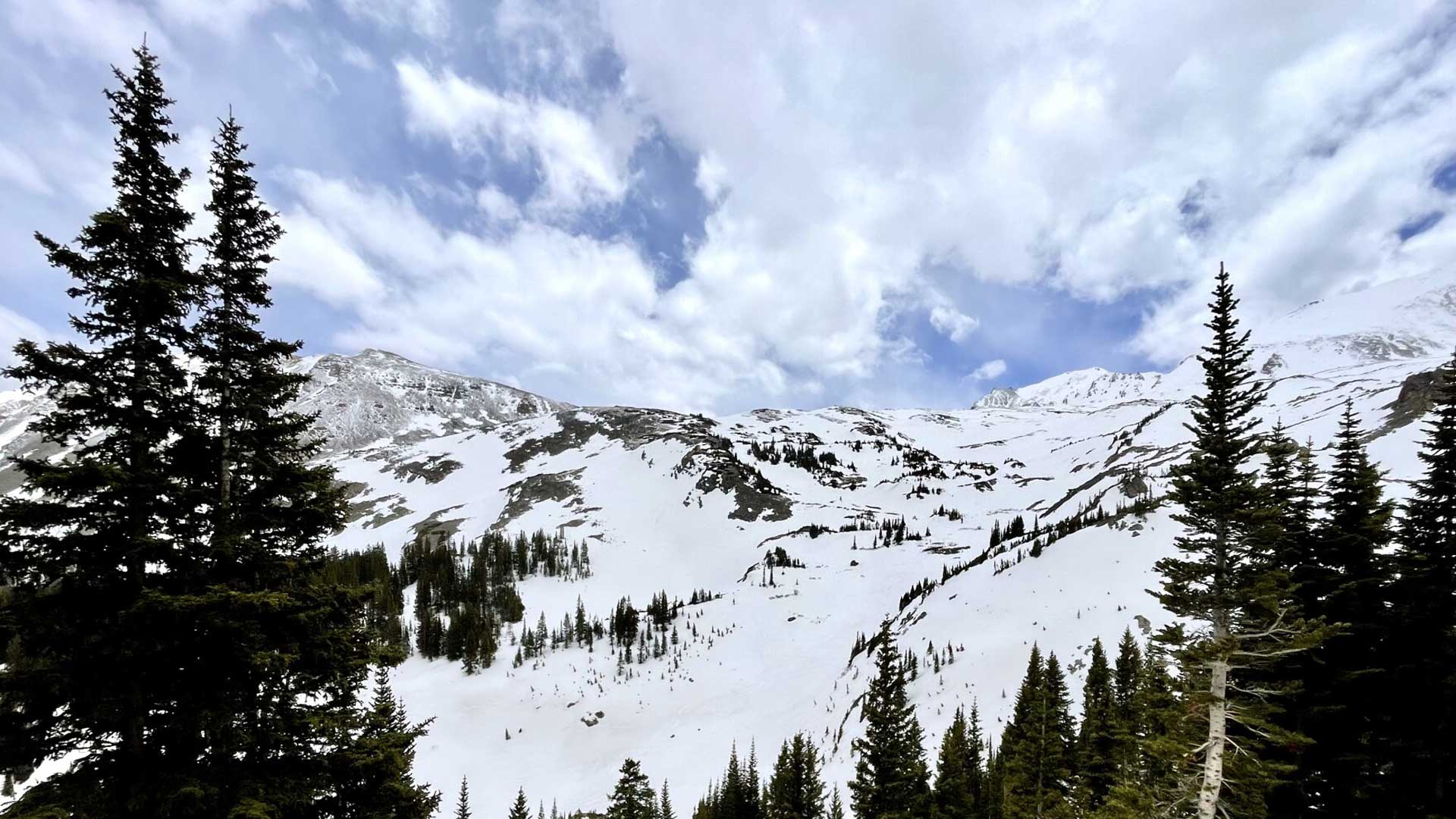 Snow hangs in Colorado's Elk Mountains in May 2022. The Colorado River gets the majority of its water from high-altitude snowpack, and climate scientists say it's likely that less water than normal will make it into rivers and streams.
Alex Hager/KUNC

In the middle of a parched summer in the arid West, any amount of rain can feel like a gift. But in reality, those precious summer showers barely move the needle when it comes to water.

“Regardless of what you get in the summer,” said Becky Bolinger, Colorado’s assistant state climatologist, “what really impacts the water availability in the Colorado River is what happens in the winter.”

As a drought-stricken region looks ahead to the summer, climate scientists are keeping an eye on high-mountain snowpack and its path to streams and rivers. Snow at high altitudes makes up the majority of the water in the Colorado River – where this past winter has left low totals. On top of that, warm temperatures and dry soil mean that snow is likely to melt early and soak into the ground before it can get to the Colorado River.

Snow in Colorado alone accounts for two-thirds of the water that flows into Lake Powell, one of the most important pieces of storage infrastructure on a river that supplies 40 million people across the Southwest.

Many snow monitoring sites in Colorado measured peaks close to normal, but a hot, dry spring has driven snowpack further below average for this time of year. The state’s high-altitude Western Slope is around 80% of average in most areas, but southern parts of Colorado have dipped into the teens.

Even in places where snow totals are closer to normal, Bolinger says not all runoff will make it into the rivers.

“Unfortunately, we're dealing with dry soils from the previous start of the season, meaning that a lot of that is going to recharging the soils,” she said.

As consecutive dry years start to stack up, the ground becomes parched. When snow melts on top, the soil acts like a sponge, soaking up water on its way downhill.

In addition to that, this year’s snow is melting early. Karl Wetlaufer, assistant snow survey supervisor with the Natural Resources Conservation Service in Colorado, said that’s partially due to windy conditions, which blow dust on top of snow, making a darker, more heat-absorbent surface.

“When that dust reaches the surface,” he said, “it retains a lot more of the energy from the sun. So, we've also seen a dramatically accelerated snowmelt pattern and resulting streamflow runoff due to that dust on the snowpack.”

Rapid melt is especially evident in the San Juan mountains of southwestern Colorado. At one measurement site, snow totals plummeted after peaking near average, melting more than three times more quickly than normal.

Between the dust, dry soil and higher-than-normal temperatures forecast for the West, mountain snow won’t be as helpful as the Colorado River needs it to be.

“It is going to be many, many years before I think we're going to be able to get back up to any semblance of normalcy,” Wetlaufer said. 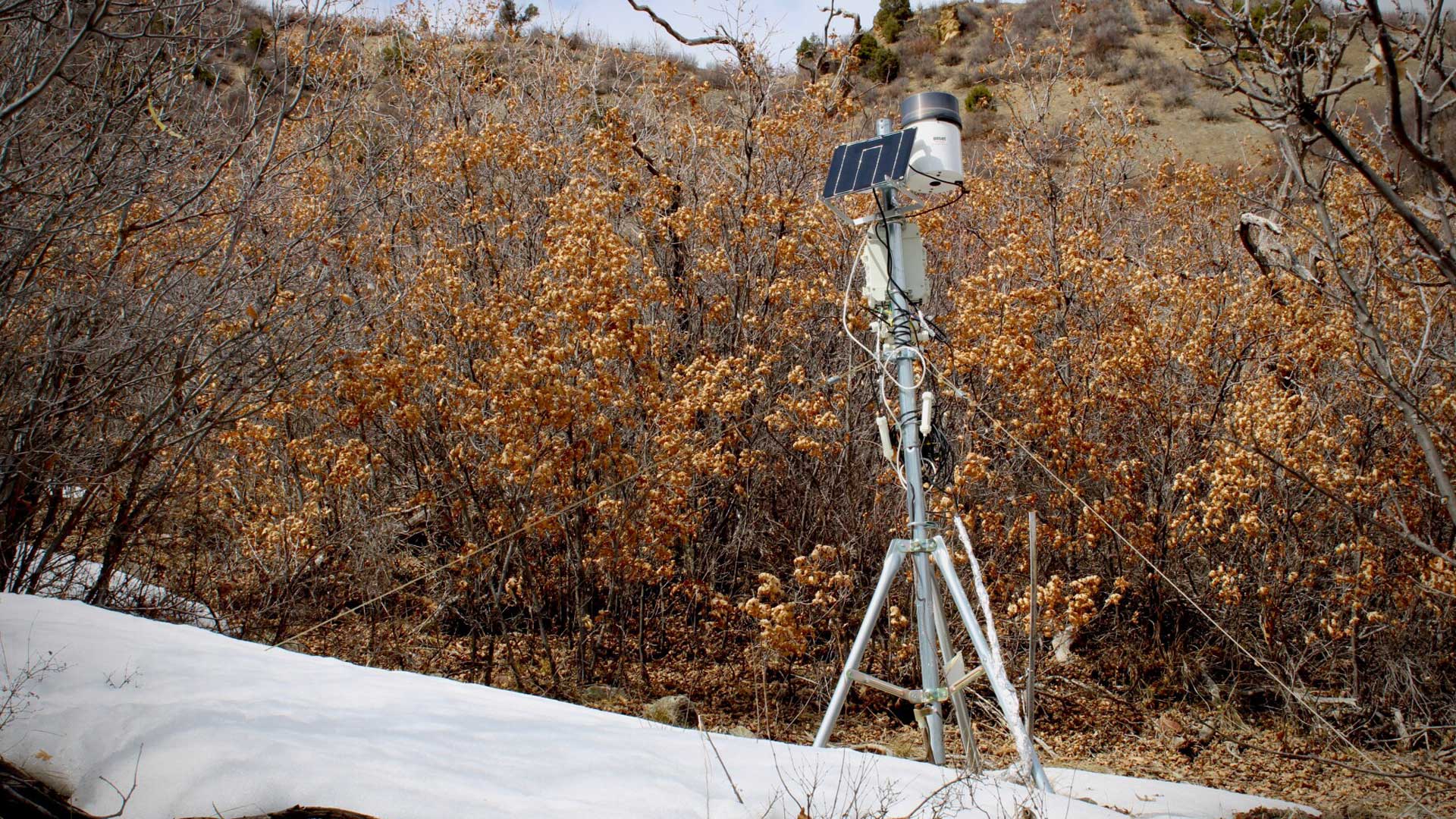 This soil moisture monitoring station near Glenwood Springs, Colorado helps researchers figure out how much snowmelt will make it to rivers and streams, as dry soil can absorb water on its way downhill.
Alex Hager/KUNC

The region banks up a stash of water in reservoirs from Wyoming to Arizona, and those stores are getting reduced as homes and farms keep drawing water out. At this rate, the snowmelt just can’t keep up. Water levels in Lake Powell have dropped to the point of crisis. As state and federal agencies scramble to refill it with stored water from other parts of the basin, it looks unlikely that many of the region’s reservoirs will see any significant refill from snowmelt.

“I would definitely say that this year's snowpack is not going to be enough to substantially increase those storage values,” Wetlaufer said.

Hundreds of miles downstream, water experts also put a lot of stock in the snow. Erinanne Saffel, Arizona state climatologist, says mountain snow is still the difference-maker for practices like replenishing groundwater, which Arizona employs to store excess water underground to safeguard against a dry future.

Although snow does the heavy lifting in the Colorado River basin, Saffel said summer precipitation makes a difference in more subtle ways.

“It recharges the stock ponds for the ranchers,” she said. “Those kinds of things are what we pay attention to. So when we don't get that summer precipitation, there are implications.”

Back up north, near the Colorado River’s headwaters, Becky Bolinger said summer rains are helpful in reducing wildfire risk and keeping soils saturated for the next snow season. Looking ahead, she said this summer’s forecast is still coming into focus.

“The big question will be, ‘Will the monsoon arrive and bring that needed moisture when we need it?’” Bolinger said. “After the memory of the snowpack is long gone and you need that summer moisture to carry you through to the fall. And that is a component that is really hard to predict.”

A zoomed-out view of climate trends in the Colorado River basin does not paint a hopeful picture for summers to come. Hot and dry years have been stacking up for more than two decades, and human-caused climate change is making it less and less likely that cool, wet seasons will come back in any significant capacity.

Making the most of water in Tucson Drought to continue, NOAA says UN climate report says drought, earlier runoff will make water scarce this summer
By posting comments, you agree to our
AZPM encourages comments, but comments that contain profanity, unrelated information, threats, libel, defamatory statements, obscenities, pornography or that violate the law are not allowed. Comments that promote commercial products or services are not allowed. Comments in violation of this policy will be removed. Continued posting of comments that violate this policy will result in the commenter being banned from the site.