The perfluorinated chemicals have been found in municipal wells near Davis-Monthan Air Force Base. by Christopher Conover TWEET SHARE 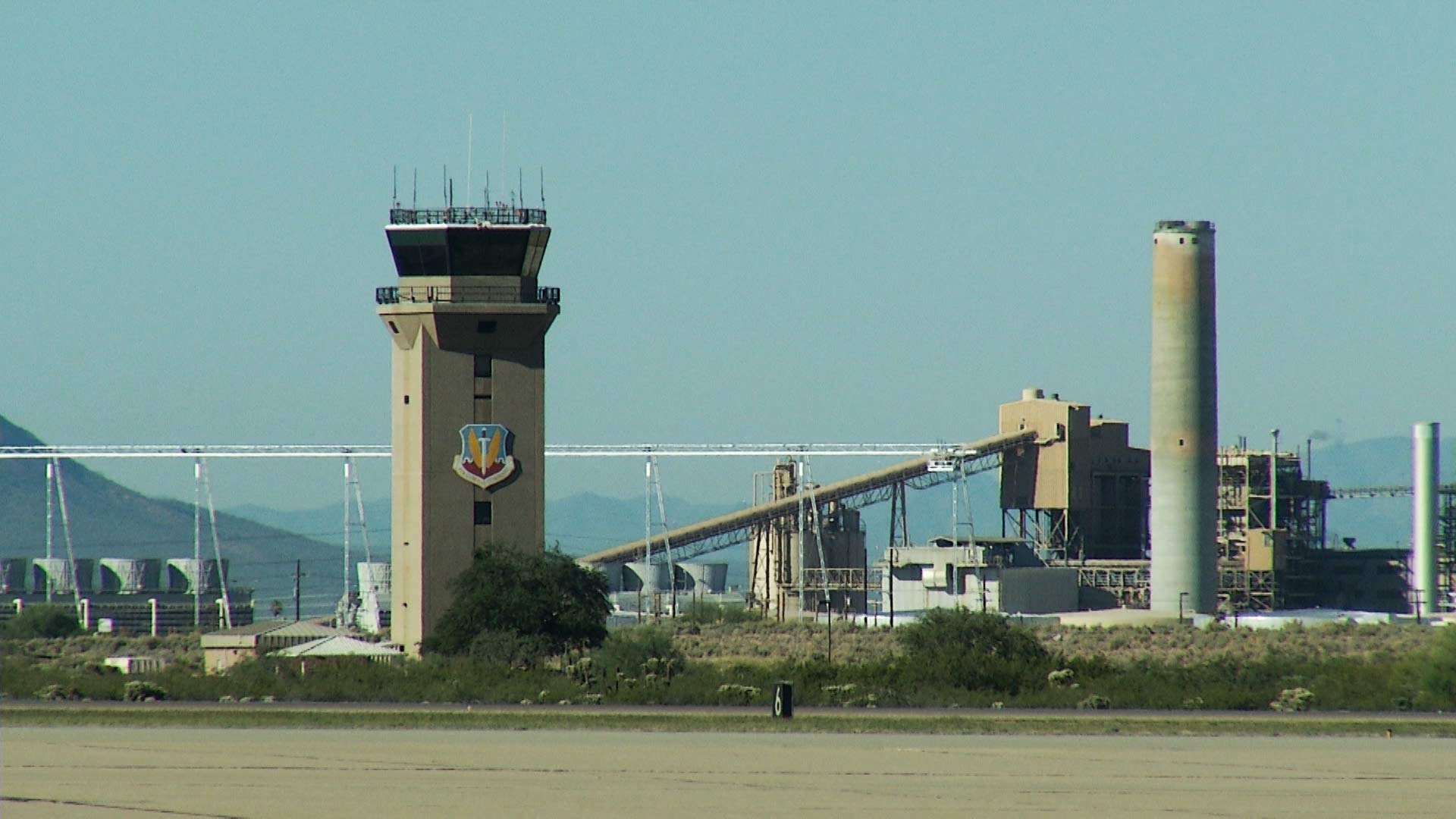 The control tower at Davis-Monthan Air Force Base.
AZPM Staff

Municipal wells near Davis-Monthan Air Force Base and the National Guard Base at Tucson International Airport both show the presence of perfluorinated chemicals.

The chemicals, often called PFOA or PFOS, can "cause reproductive and developmental, liver and kidney, and immunological effects in laboratory animals," according to the EPA website. However, the federal agency does not regulate the compounds.

The National Defense Authorization Act (NDAA) passed by the U.S. House Armed Services Committee sets aside money to deal with the problem.

The defense policy bill sets aside more than $120 million to clean up drinking water contaminated by perfluorinated compounds at or near U.S. military bases.

The chemicals are found in firefighting foam used by the Air Force. Currently, there are no alternatives to the foam.

The bill prevents the military's use of the foam in training and directs the Department of Defense to develop an alternative and have it in use by 2029.

The wide-ranging bill, which includes language banning defense dollars for a border fence and funds the A-10 aircraft, faces legislative hurdles.

It still must be passed by the full House of Representatives. In the Republican-dominated Senate, it faces a difficult future due to the border-wall language.

The proposal also must be approved by President Donald Trump.

Gerrymander ruling and potential future challenges to Arizona districting Federal government pays Arizona counties for lost tax revenue UA researcher investigating chemicals used in firefighting foam
By posting comments, you agree to our
AZPM encourages comments, but comments that contain profanity, unrelated information, threats, libel, defamatory statements, obscenities, pornography or that violate the law are not allowed. Comments that promote commercial products or services are not allowed. Comments in violation of this policy will be removed. Continued posting of comments that violate this policy will result in the commenter being banned from the site.