Freshmen get real-world experience in design, construction and teamwork at the annual event. by Candace Manriquez Wrenn TWEET SHARE 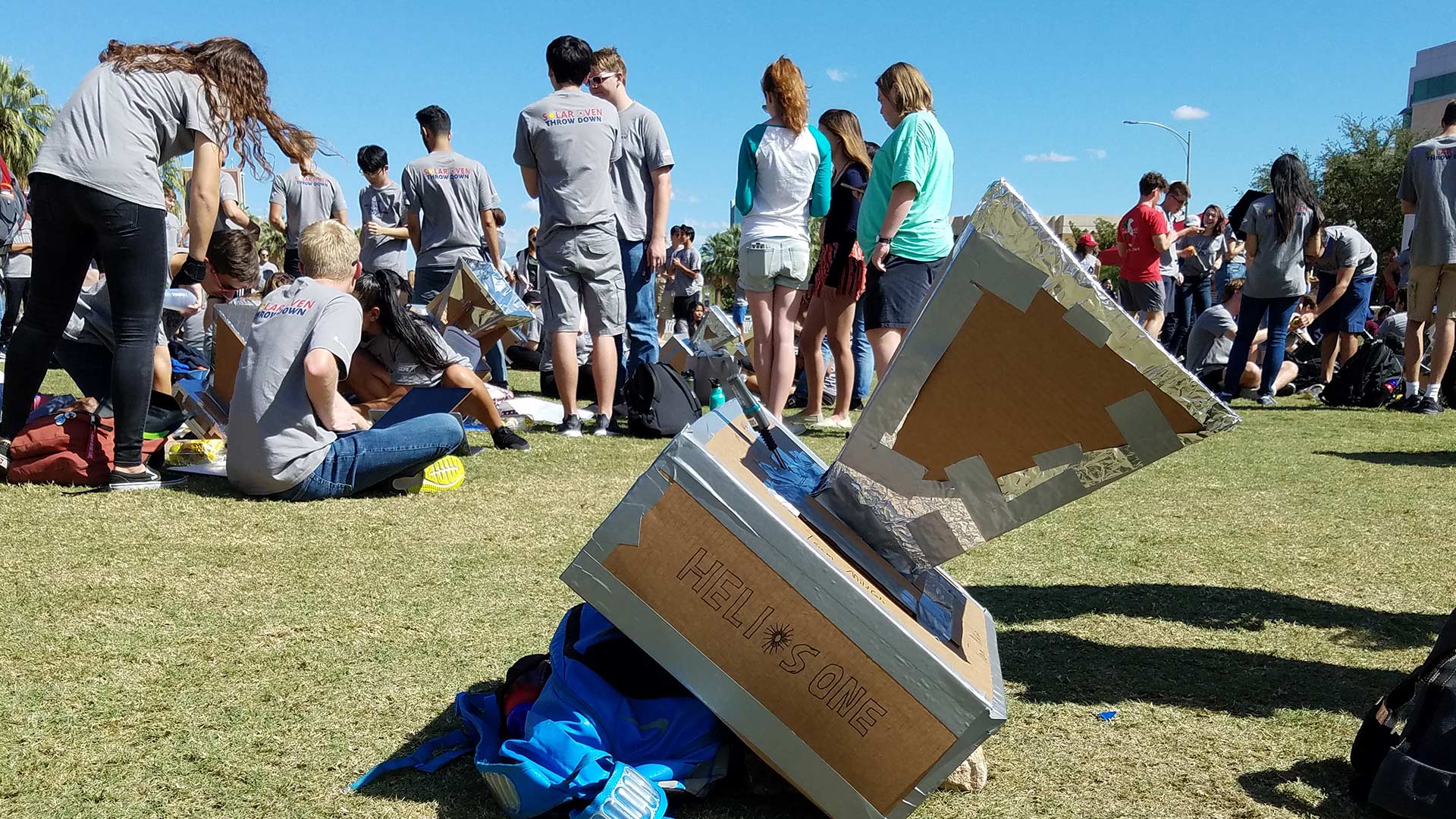 Unlike last year, clouds did not threaten the University of Engineering School’s 2018 Solar Oven Throw Down.

Now in its eighth year, the event pits around 500 freshman who are majoring in engineering in a mass cook-off using solar ovens.

The students worked in teams to design and construct the ovens that they hope will bake a biscuit in the sun. Although the teams hope that their ball of dough will rise and brown, the true objective is to test whether their oven designs performed according to the thermodynamic modeling they conducted earlier in the semester.

The ovens are made from various materials, including cardboard, tape and foil.

Assistant Dean of Academic Affairs Jim Baygents says the Throw Down allows for real-world engineering experience in design, construction and teamwork. He says that the event, which is sponsored by global materials science company W. L. Gore, is also a great example of a partnership with a private-sector company that the department attempts to foster.

Students had an entire class period to get their biscuits cooking.

When asked if there was a prize being awarded, academic adviser Phil Medlock, who is affectionately called Uncle Phil, said, "Pizza and bragging rights."

UA Researchers Developing Plastic-Based Solar Cells Arizona Senate race breaks record, pulling in whopping $133.7 million Pima County 'wall of shame' stays up
By posting comments, you agree to our
AZPM encourages comments, but comments that contain profanity, unrelated information, threats, libel, defamatory statements, obscenities, pornography or that violate the law are not allowed. Comments that promote commercial products or services are not allowed. Comments in violation of this policy will be removed. Continued posting of comments that violate this policy will result in the commenter being banned from the site.