The unique fossils can help understand the links between mammals and their non-mammal ancestors. by Nicholas Gerbis, Arizona Science Desk TWEET SHARE 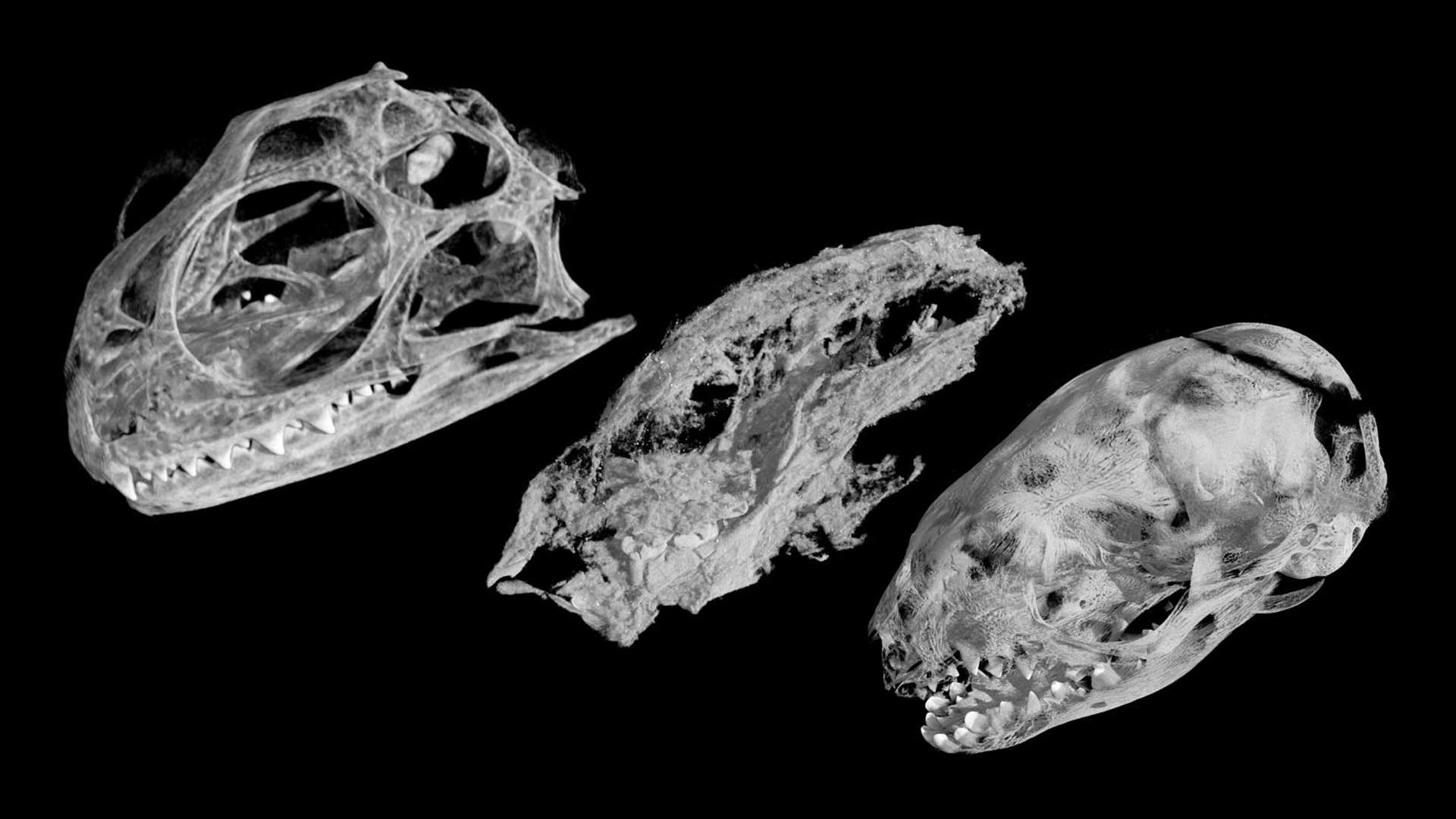 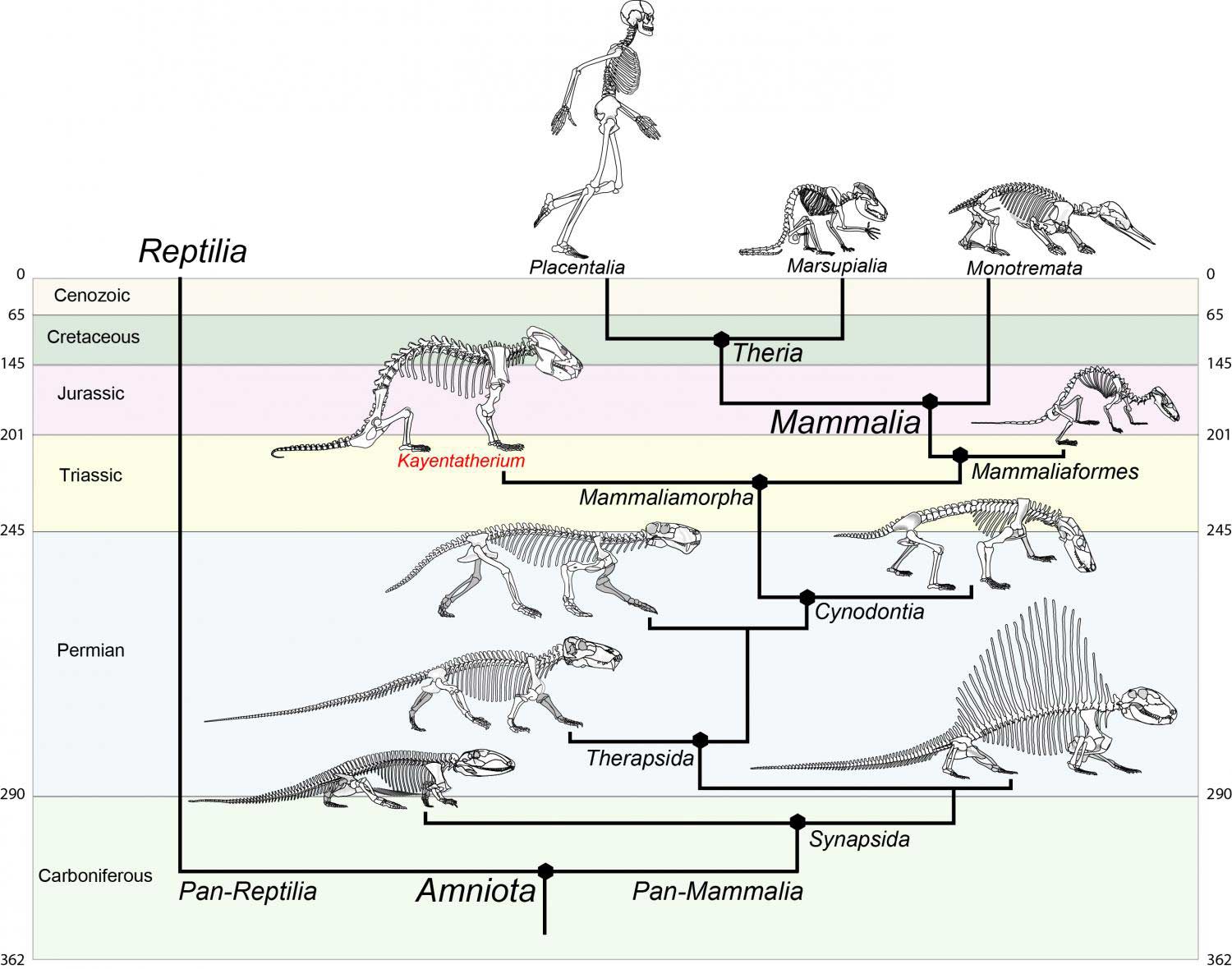 VIEW LARGER The fossils discovered by the researchers belong to Kayentatherium, an extinct mammal relative that lived during the Early Jurassic.

A unique collection of 38 fossilized baby reptiles found in northern Arizona could help fill in the evolutionary gap from reptilian to mammalian childbirth.

The mammalian family tree is rooted in reptiles like Kayentatherium — beagle-sized plant-eaters that lived roughly 185 million years ago, which share certain features with mammals.

But little is known about how mammals went from having large numbers of offspring, like reptiles do, to birthing small litters of large-brained babies requiring parental care.

Eva Hoffman, who is now pursuing a doctoral degree at Harvard University, was lead author on the University of Texas at Austin study, which appeared in the journal Nature. She said the new find fills in a key moment in that transition. 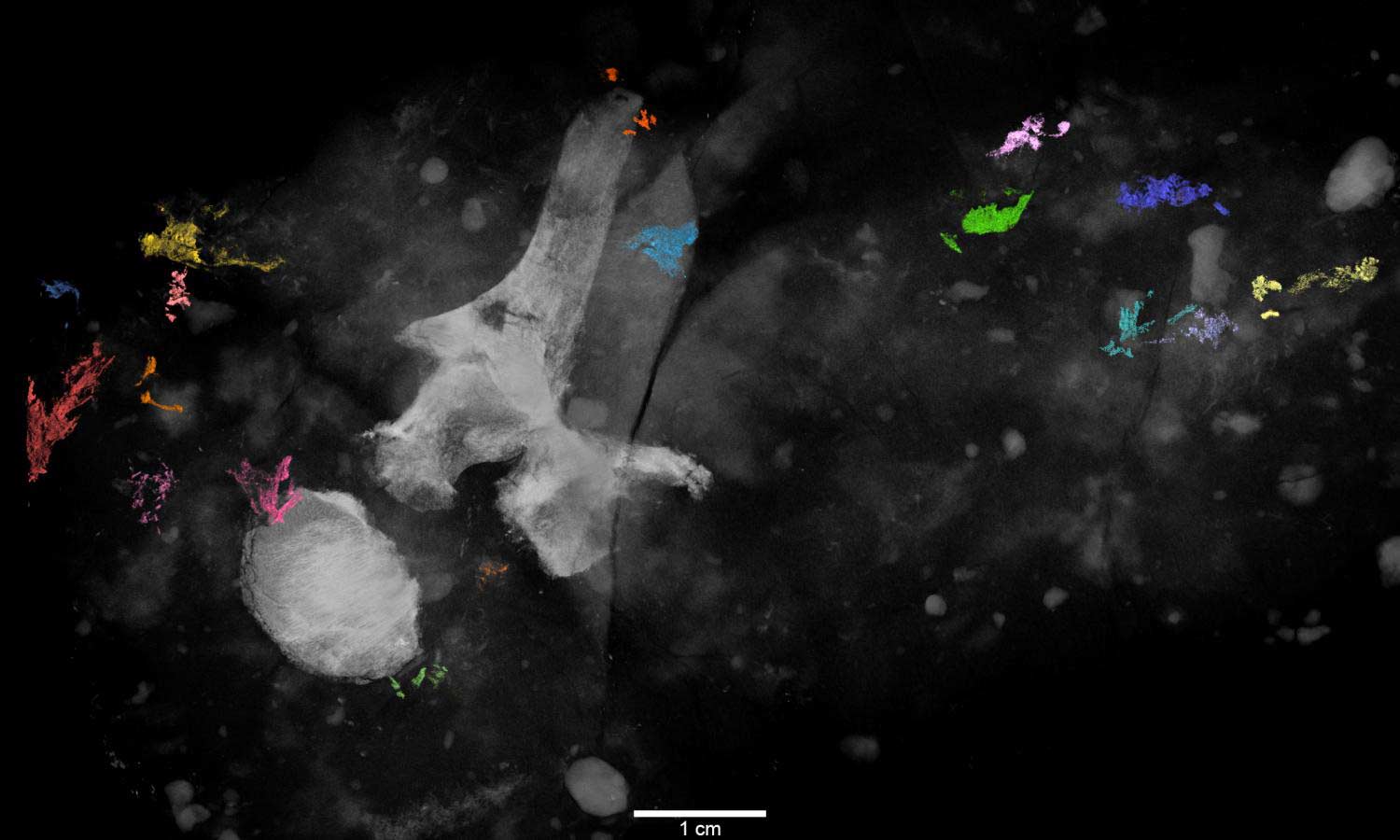 VIEW LARGER CT scan of part of the specimen showing a maternal vertebra (gray) with bones of the babies (colors) in their original positions. The sediment is rendered transparent.
Eva Hoffman, UT Austin

"At this point in mammalian evolution, the new specimen shows us that mammal ancestors were still producing very many offspring; there's still a primitive form of reproduction."

Further support for that conclusion came from the shapes of the young skulls, which showed no sign they had contained larger brains.

The fossils, which were found near Tuba City on Navajo lands, preserve the only known baby remains from any mammal precursor.

UA scientists track animal evolution based on diet UA Tree-Ring Research Narrows Window for Massive Bronze Age Eruption Research Reveals Climate-Driven Bird Collapse in Mojave Desert
By posting comments, you agree to our
AZPM encourages comments, but comments that contain profanity, unrelated information, threats, libel, defamatory statements, obscenities, pornography or that violate the law are not allowed. Comments that promote commercial products or services are not allowed. Comments in violation of this policy will be removed. Continued posting of comments that violate this policy will result in the commenter being banned from the site.