Tucson has received more than six inches of rain since the monsoon began, and much of Southern Arizona has surpassed normal totals. by Zachary Ziegler TWEET SHARE 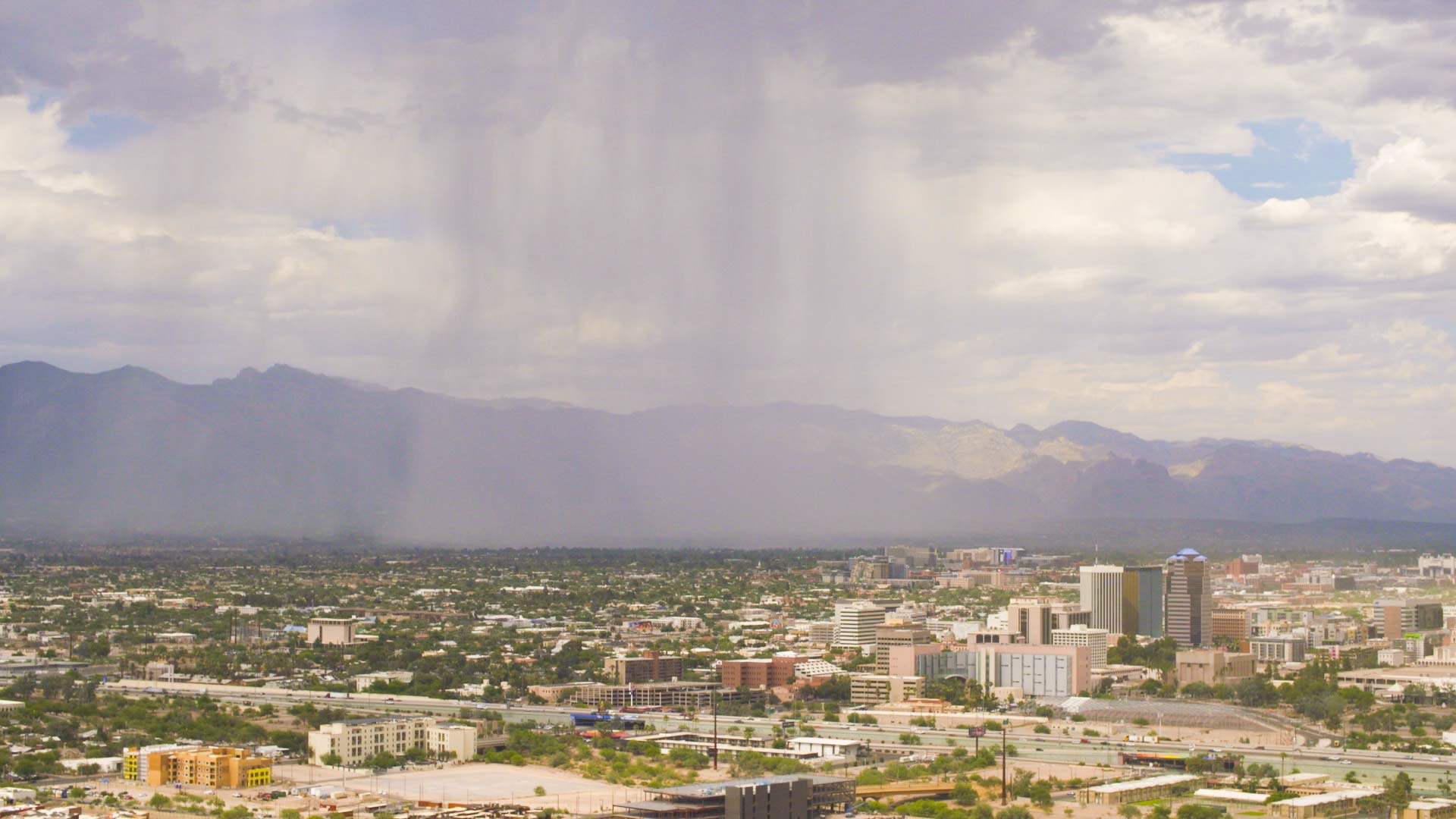 Weekend precipitation brought the Tucson area to 6.2 inches of rain for the 2018 monsoon, meaning the area has already exceeded the summer rain season's normal total of 6.08 inches with roughly four weeks to go.

The 0.32 inches of rain received so far in September came from a storm that traveled from the Pacific ocean off the coast of California.

"Typically once we see that kind of pattern settle in, where we're having those low pressure systems coming in off the coast, that tends to spell the beginning of the end for the monsoon," said National Weather Service Meteorologist Emily Carpenter.

She said that is not surprising, since September is often a dry month.

Much of Southern Arizona has already exceeded seasonal averages. NWS stations in Nogales, Douglas, Sierra Vista and Oracle have measure above normal totals this season.

Ajo and Picacho Peak have both received more than double their normal totals for the monsoon.

Bisbee and Safford have yet to reach seasonal averages.

Statewide, Phoenix and Yuma are both around an inch below normal monsoon totals. Weekend storms in Flagstaff also pushed its seasonal totals above average.

Forecast: More Fire Danger, Later Monsoon Officials Warn Dam Could Fail and Flood Tohono O'odham Village Rosa Brings Rain, But It Doesn't Break Records
By posting comments, you agree to our
AZPM encourages comments, but comments that contain profanity, unrelated information, threats, libel, defamatory statements, obscenities, pornography or that violate the law are not allowed. Comments that promote commercial products or services are not allowed. Comments in violation of this policy will be removed. Continued posting of comments that violate this policy will result in the commenter being banned from the site.