An earthen dam stands between a lake swollen with runoff and the community of Ali Chuk. by Associated Press TWEET SHARE 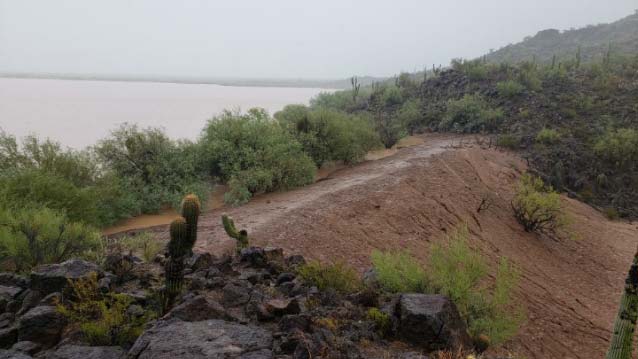 PHOENIX — An earthen dam in Arizona's southern desert could fail and flood a small village because the lake behind it is swollen with runoff from the remnants of Tropical Storm Rosa, officials said Wednesday.

Ali Chuk, a Native American community with 162 people on the Tohono O'odham Nation reservation, was being evacuated Tuesday night, the tribe's public safety department said in a statement.

No further details were available Wednesday on the evacuations.

Water levels were within a foot of topping Menagers Dam, which could give way and flood Ali Chuk, the National Weather Service said. 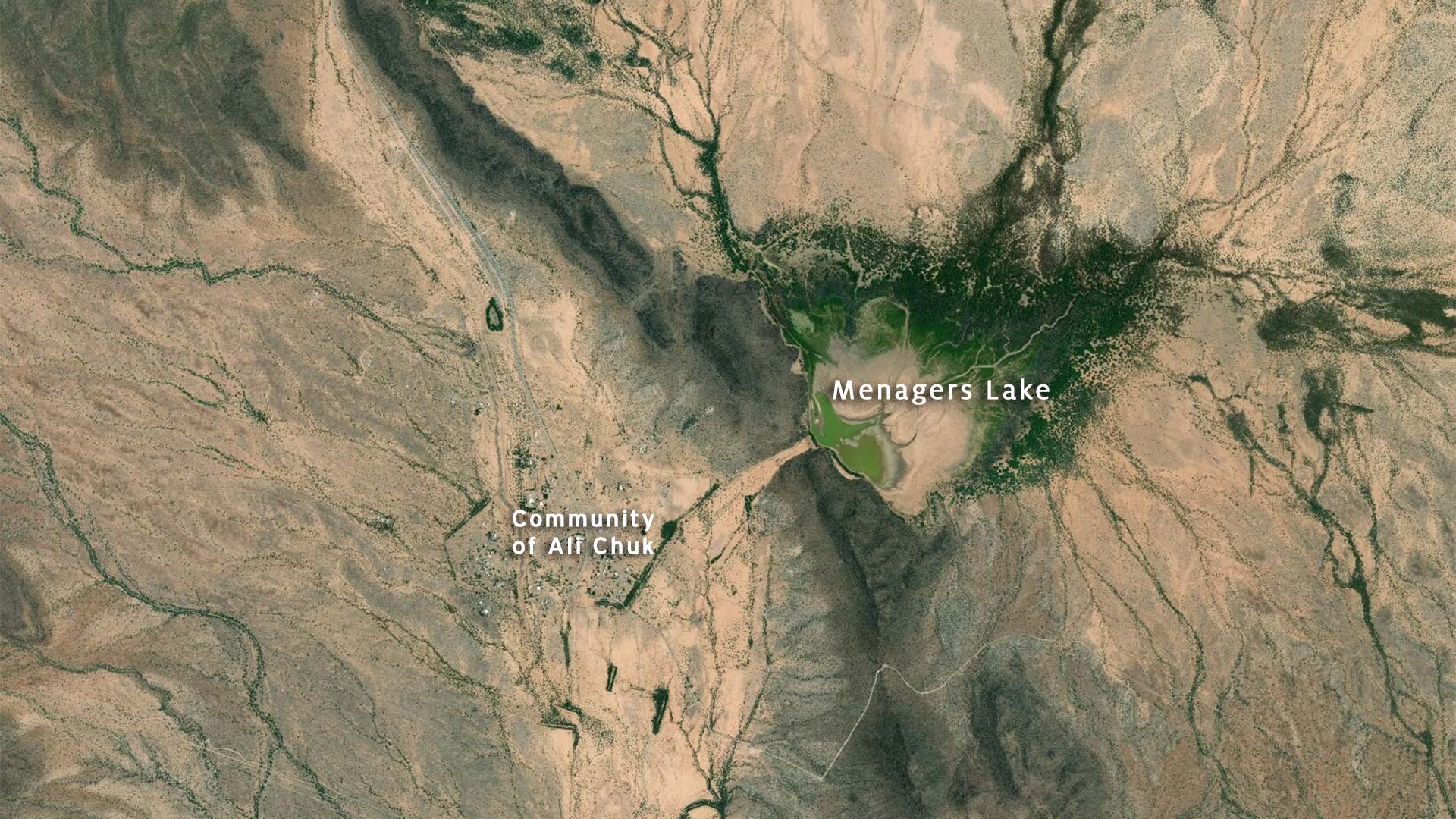 VIEW LARGER Map image showing location of Menagers Lake and the community of Ali Chuk (map does not show current levels of water in the lake). Created using Esri basemap.

The area near the Mexico border got between 3 and 5 inches of rain on Tuesday. Flooding from runoff made roads impassable.

There were no reports Wednesday of additional rain.

The tribal safety department said 30 people had been evacuated from another village on the reservation because of flooding.

Elsewhere in the state, forecasters warned of more possible flooding in Phoenix and other areas.

The weather service said up to 1 inch of rain had fallen in parts of Maricopa County, which includes Phoenix, and that flash flooding was expected.

A separate flash flood warning was issued for Yavapai County north of Phoenix due to high water in a creek in Cornville and for a small part of the Tohono O'odham Nation's reservation in Pima County in southern Arizona.

The weather service said a record 2.35 inches of rain had fallen at Phoenix Sky Harbor International Airport as of Tuesday night.

That made it the rainiest October day since records have been kept, topping the 2.32 inches recorded on Oct. 14, 1988.

It also marked the eighth-rainiest day in Phoenix history for any date.

The storm was also expected to dump rain on Utah and Colorado.

Dozens Remain Displaced as Tohono O'odham Nation Continues Flood Recovery Flood Management Plan Could Bring Lower Insurance Rates Rosa Brings Rain, But It Doesn't Break Records
By posting comments, you agree to our
AZPM encourages comments, but comments that contain profanity, unrelated information, threats, libel, defamatory statements, obscenities, pornography or that violate the law are not allowed. Comments that promote commercial products or services are not allowed. Comments in violation of this policy will be removed. Continued posting of comments that violate this policy will result in the commenter being banned from the site.