A new program is getting tech-savvy teens to educate seniors about 21st century tech and the internet. by Brandon Mejia Tweet 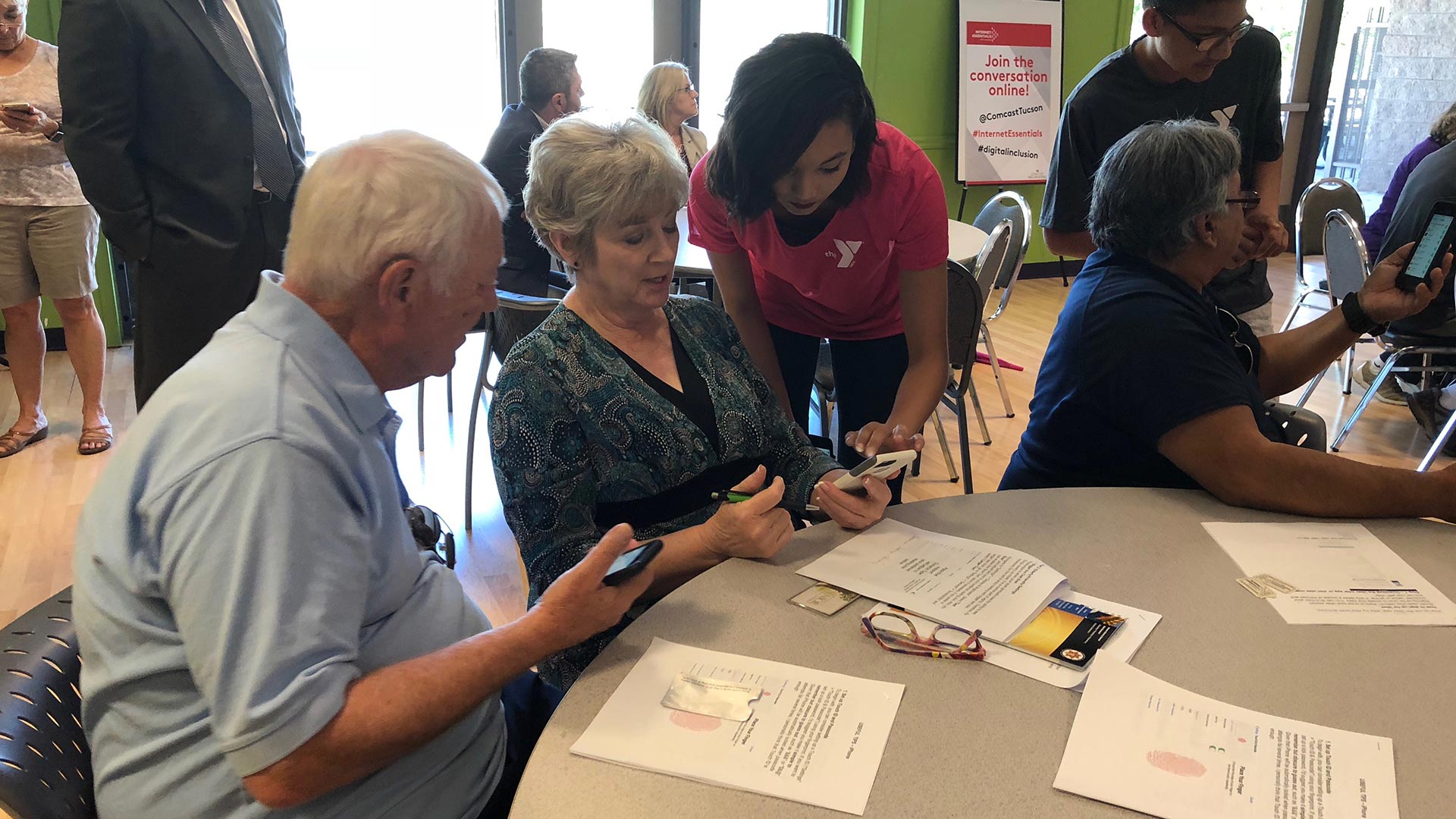 Joy Mona, 19, teaches two seniors how to navigate their iPhones at a pilot Teeniors workshop at the Northwest YMCA in Tucson.
Brandon Mejia, AZPM

Charles Brandt is a retired, long-time teacher in Arizona. He has been well entwined with technology since the Commodore 64 and the TRS 80 — two computers he owned at one point. However, he admits the sophistication of 21st century devices has far exceeded his expectations.

"The amount of memory on an older computer is nothing compared to your cell phone. Your cell phone has so much more power than that. I have seen it grow tremendously, and it doesn't have a stopping point either," Brandt said.

When Brandt got his first iPhone he imagined he was like a lot of people who bought Apple products: His children owned the same products and could help.

But he chose to be a part of a pilot program that started in New Mexico and is making a footprint in Tucson, called Teeniors.

"As a teacher, I taught kids for over 30 years, and now it's like a reverse role," Brandt said. "They're going to teach us some things too, so we gotta switch places a little bit." 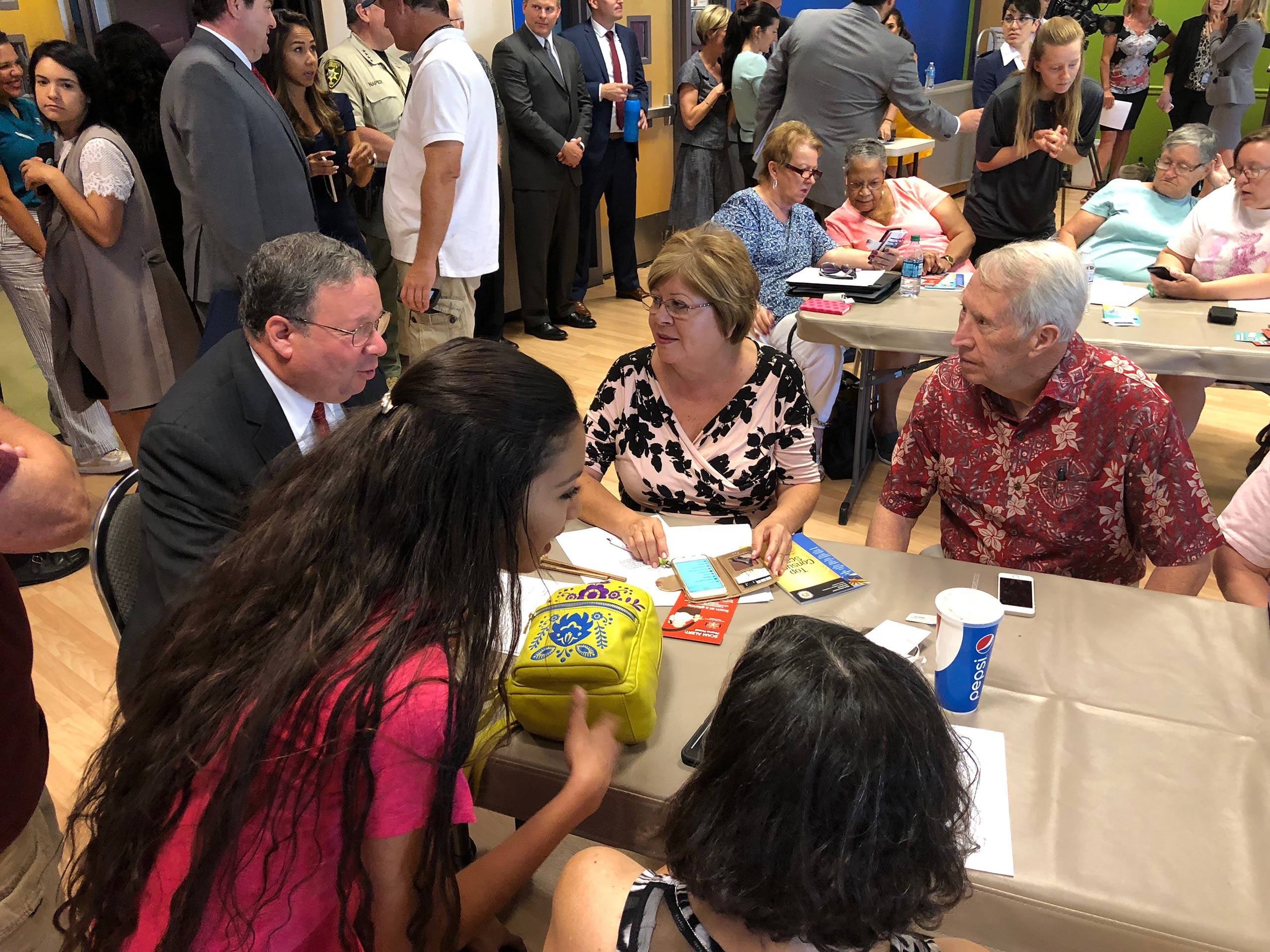 David Cohen from Comcast meets with seniors at the Northwest YMCA as part of the Teeniors pilot workshop to talk to them about the internet package Comcast is offering for low-income seniors.
Brandon Mejia, AZPM Staff

The impact has been so great since the program launched that Comcast decided to partner with Teeniors. The company also created an internet-essentials package specifically for low-income seniors, according to David L. Cohen, senior executive vice president for Comcast.

Cohen said he recognizes how Teeniors is addressing a fear of the internet that many seniors experience.

"That is [through] specialized digital-literacy training and internet training for the elderly, coached by teenagers," Cohen said.

Lopez visited Tucson in early May to hold a mini training orientation with seven teens through the Northwest YMCA's youth organization. Days later they would be coaching around 50-60 seniors who had questions about internet safety and security. 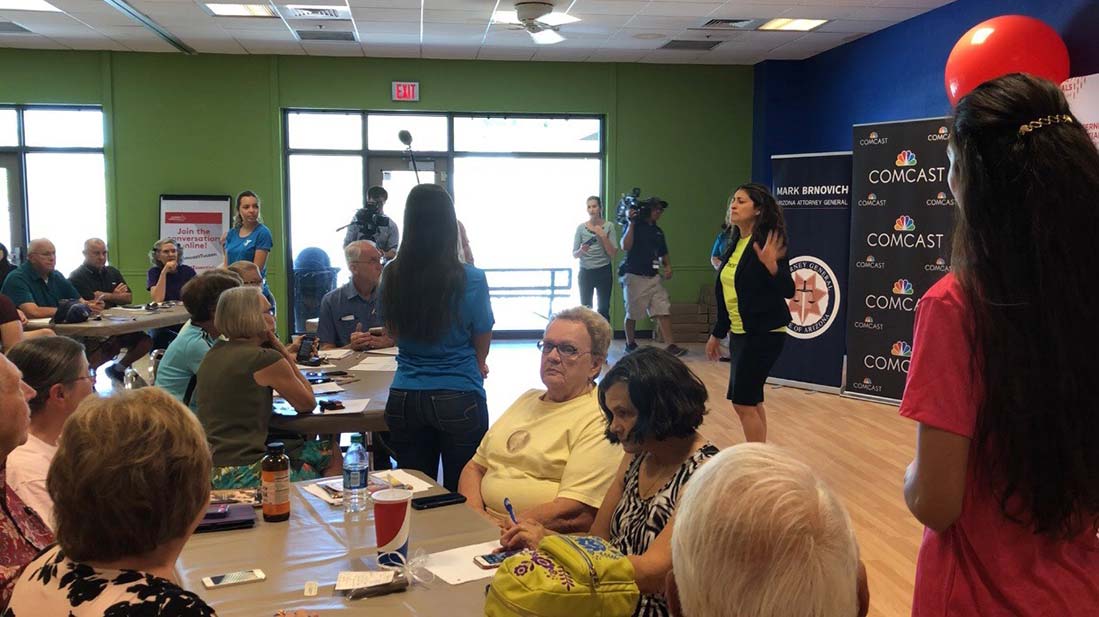 One of the teens was 19-year-old Joy Mona. She shared with seniors tips like not having the same password for everything. "Even if you have to write it down on paper because you can get hacked," Mona said.

Mona got her phone when she was 10 years old and has around 10 passwords between all of her social media accounts.

"I can't live without my phone because the world, unfortunately, it works with it, so we got to keep everyone up to date," she said.

In just under three years the nonprofit has worked with over 1,000 seniors and employed more than 40 teens.

"Our goal is to empower older adults to connect with their loved ones, engage with their community and the world through technology while also providing meaningful paid jobs for teens and young adults," Lopez said.

Cohen reminds seniors what they can learn through a program like Teeniors.

Teeniors workshops will start in July at the Northwest YMCA.

This story aired on Arizona Spotlight hosted by Mark McLemore

Tucson Unified Mulls More Options For Ensuring School Safety Development Underway at Two Sites for UA Tech Parks A Day in the Life of Workers Reaching Out to Tucson's Homeless Youth
By posting comments, you agree to our
AZPM encourages comments, but comments that contain profanity, unrelated information, threats, libel, defamatory statements, obscenities, pornography or that violate the law are not allowed. Comments that promote commercial products or services are not allowed. Comments in violation of this policy will be removed. Continued posting of comments that violate this policy will result in the commenter being banned from the site.