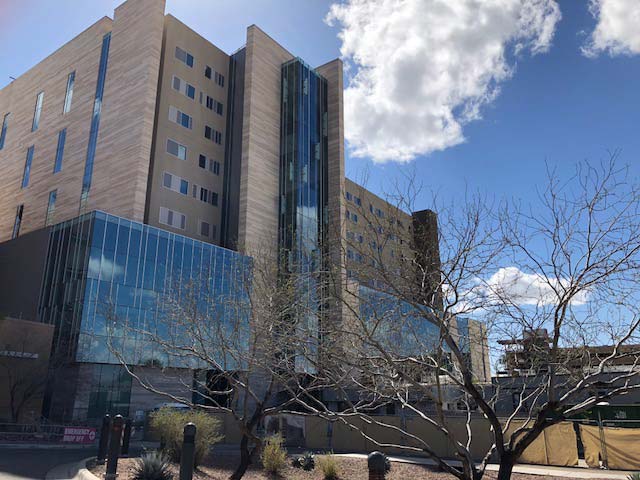 Free tours of the new Banner - University Medical Center Tucson hospital are scheduled for the next three Thursdays.

The nine-story tower will be completed next April and will replace the old hospital, which opened in 1971.

The building will have a new main entrance, new operating rooms and a new cafeteria. There will be 204 private rooms replacing the double rooms in the original hospital.

Reserve a spot by calling 520-694-6102. You must wear closed-toed shoes and long pants. Safety helmets and vests will be provided.

15,000 Sign On to Banner-UA Nationwide Health Study UA, Banner Get Record $60M Grant in Nationwide Health Study Banner Health Settles Lawsuit Over Medicare Claims for $18M
By posting comments, you agree to our
AZPM encourages comments, but comments that contain profanity, unrelated information, threats, libel, defamatory statements, obscenities, pornography or that violate the law are not allowed. Comments that promote commercial products or services are not allowed. Comments in violation of this policy will be removed. Continued posting of comments that violate this policy will result in the commenter being banned from the site.