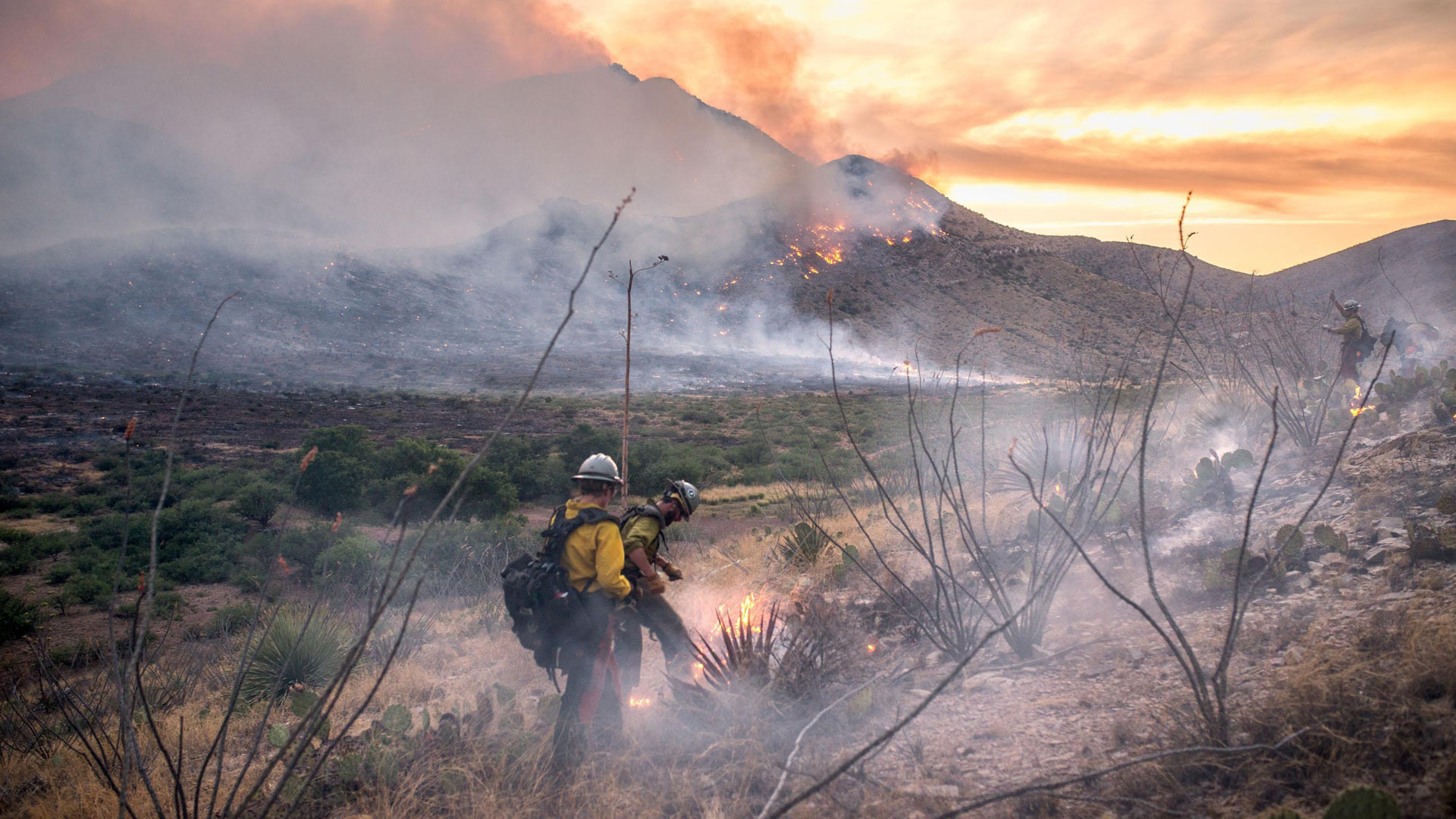 Firefighters battle the Lizard Fire on a smoky hillside, 2017.
Wyoming Hotshots via inciweb.nwcg.gov

State officials warn that Arizona could be facing a fire season of historic proportions.

They normally start talking about fire-prevention measures in April, but this year they moved their customary fire-danger briefing up to February. State Forester Jeff Whitney said the move reflects the need to prepare early for fire season.

"I've been doing this for 45 years, and this has got us all extremely concerned," Whitney said at a Phoenix news conference.

Whitney heads the state's Forestry and Fire Management Department. When asked what part of state he's most concerned about, Whitney said he's concerned about every fuel bed at every elevation.

In other words, no part of Arizona can feel safe from fire danger this year.

"This includes funds to remove hazardous vegetation and more," Ducey said. "We'll continue to take every step possible to prepare for this fire season, to protect people, pets and property."

Much of the state has had a dry winter. Rainfall in Phoenix is a fraction of the average. Near Tucson, recent storms have pushed precipitation above average. But fire officials are more worried by the dry vegetation that grew after last year's abundant monsoon rains.

Tucson's Parks Descend in National Ranking Again Dry Weather Pushing Tucson Area to Peak Wildfire Season NWS: Warmth, Wind Bring Fire Danger to Southern Arizona
By posting comments, you agree to our
AZPM encourages comments, but comments that contain profanity, unrelated information, threats, libel, defamatory statements, obscenities, pornography or that violate the law are not allowed. Comments that promote commercial products or services are not allowed. Comments in violation of this policy will be removed. Continued posting of comments that violate this policy will result in the commenter being banned from the site.