And 2017 is on track to be warmest year recorded in Southern Arizona. by Sara Hammond TWEET SHARE 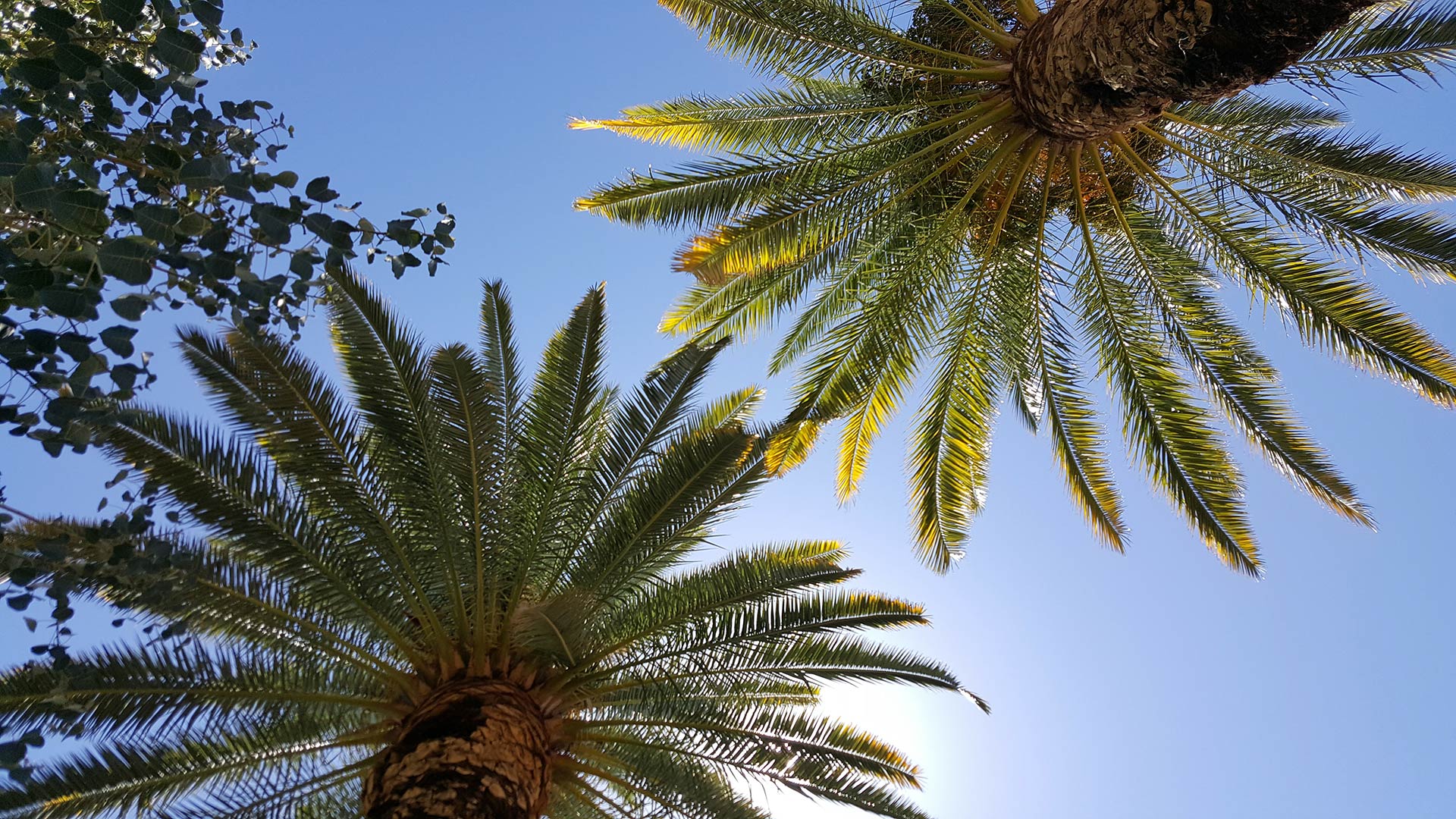 Looking up into the canopies of two palm trees on a warm spring day.
AZPM

November joined the ranks in 2017 as among the warmest months on record, with Tucson's temperature averaging about 4 degrees above normal.

This year could end up as the warmest ever.

“We had quite a few days with temperatures we don’t usually see during the month of November. We had some highs in the 90s, quite a few 80s," said National Weather Service meteorologist Dan Leins.

Another record-setting month in 2017 was July, the wettest, with 6.8 inches of rain recorded at Tucson International Airport.

"It tends to result in about average temperatures, maybe slightly above normal. It also tends to be drier than normal. Certainly not saying that we’re not going to get any precipitation this wintertime, but the signals would suggest it’s probably going to be warmer than normal and drier than normal," he said.

Leins said if conditions continue to stay above normal through December, this year will surpass 2016 as the all-time warmest in Southern Arizona.

112 Degrees in Tucson? No Sweat! Southwest Sizzles as Temperatures Near 120 Degrees Extreme Heat, Wind Warnings for Southern Arizona
By posting comments, you agree to our
AZPM encourages comments, but comments that contain profanity, unrelated information, threats, libel, defamatory statements, obscenities, pornography or that violate the law are not allowed. Comments that promote commercial products or services are not allowed. Comments in violation of this policy will be removed. Continued posting of comments that violate this policy will result in the commenter being banned from the site.