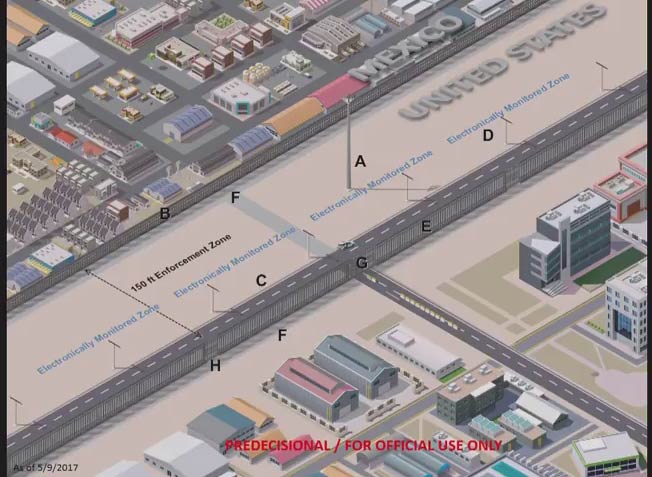 Four companies were awarded between $400,000 and $500,000 each to build four to eight prototypes of their plan for a wall along San Diego’s border with Mexico.

The award recipients include Fisher Sand and Gravel in Tempe and companies from Houston, Philadelphia, Mississippi and Mobile, Alabama.

Construction will begin this fall. Designs will measure 30 feet high to 30 feet long.

CBP has been careful to explain that border security means more than a wall.

"This prototype wall construction is part of a wide range of tools and technologies that we employ as part of a tremendously broad and far reaching effort to secure the homeland," said CBP acting deputy commissioner Ron Vitiello during an announcement of the awards.

Last April the Center for Biological Diversity sued to stop the border wall until its impacts on the environment could be fully understood.

"It’s the first step toward Trump’s destructive vision of a border along the entire 2000 mile long border from San Diego to Brownsville and it’s something we’ll be opposing at every step," said Center for Biological Diversity attorney Brian Segee.

A second set of awards for border wall prototypes not made of concrete will be announced next week.

Border Wall Contractors Ask AG Sessions for Help Nominee to Head CBP Cleared of Wrongdoing Ahead of Senate Hearing California Sues to Stop Border Wall Build
By posting comments, you agree to our
AZPM encourages comments, but comments that contain profanity, unrelated information, threats, libel, defamatory statements, obscenities, pornography or that violate the law are not allowed. Comments that promote commercial products or services are not allowed. Comments in violation of this policy will be removed. Continued posting of comments that violate this policy will result in the commenter being banned from the site.