Storm forming south of the Baja Peninsula has strong chance of becoming a cyclone. by Zachary Ziegler Tweet 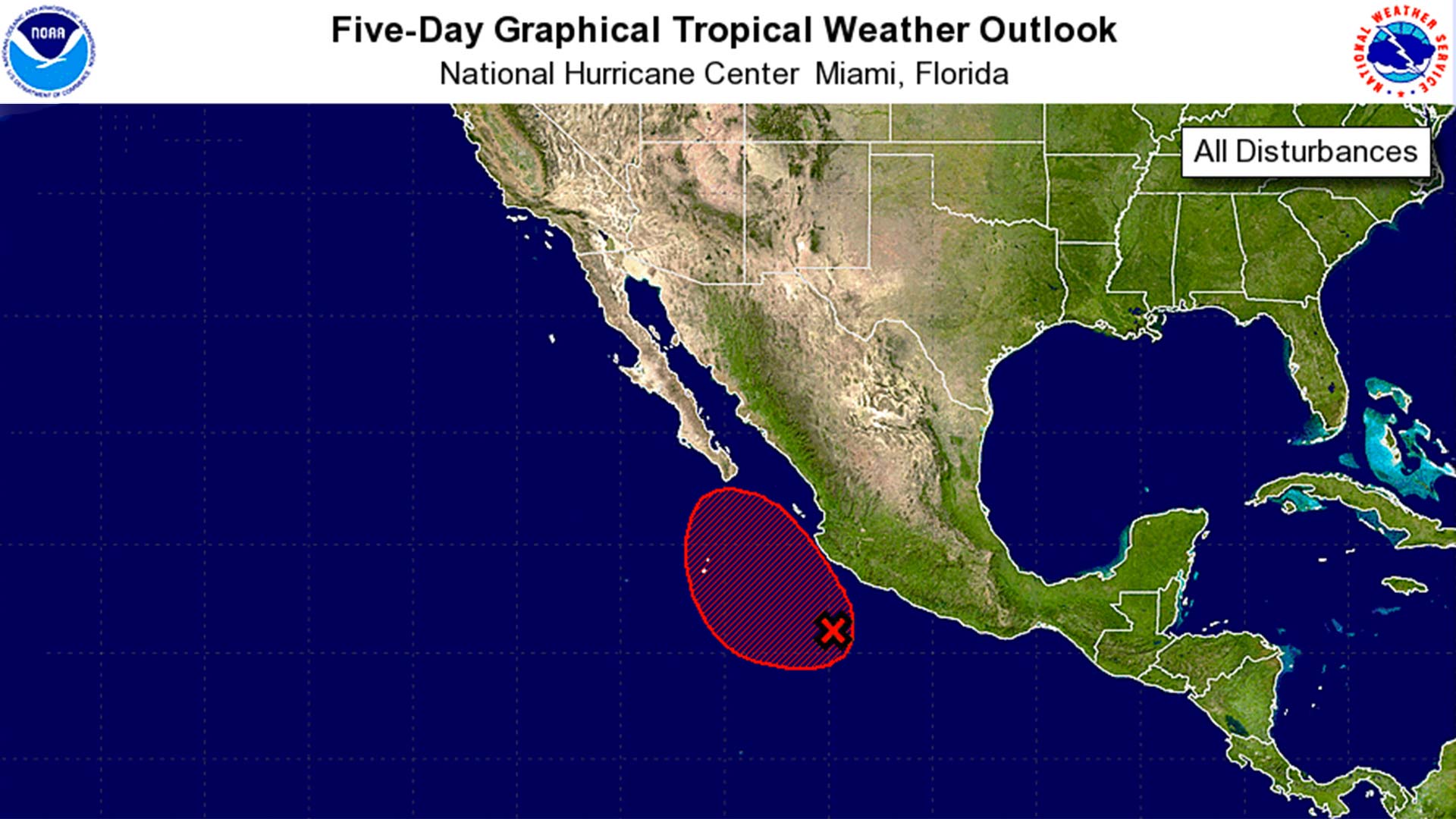 The five-day outlook shows a strong chance that a cyclone will form of the Baja Peninsula by the end of the week, possibly bringing storms to Southern Arizona.

Rains from Tropical Storm Harvey, downgraded from hurricane status, are well east of Arizona, but the National Weather Service is watching another storm that could push significant amounts of moisture into the Tucson area.

As of Monday, the storm is predicted to have a 90 percent chance of forming a cyclone within the next five days.

National Weather Service models show it working its way up Mexico's west coast and along the Baja Peninsula.

Such storms do occasionally make their way to the area via the Sea of Cortez, said Rob Howlett, a meteorologist at the National Weather Service in Tucson. Though similar storms often lose much of their destructive power by the time they arrive, they can still pose problems, he said.

“Usually it’s not so much the winds, but that deep moisture that comes into the area that we can see a lot of thunderstorm development," Howlett said. "And even several days of rainfall in a row that can keep things pretty wet around the area.”

He said such storms can produce more rain than area waterways are capable of dealing with, which can lead to flooding.

Study Shows More Intense Monsoon Storms on the Horizon Incoming Storm Could End Heat Wave Tropical Storm Odile Bringing Heavy Rain to Tucson
By posting comments, you agree to our
AZPM encourages comments, but comments that contain profanity, unrelated information, threats, libel, defamatory statements, obscenities, pornography or that violate the law are not allowed. Comments that promote commercial products or services are not allowed. Comments in violation of this policy will be removed. Continued posting of comments that violate this policy will result in the commenter being banned from the site.