CBP Spends $5M on Polygraphs for Applicants Who Admitted to Crimes

A report says 2,300 applicants were given the test despite being disqualified based on their admissions. by Michel Marizco, Fronteras Desk TWEET SHARE 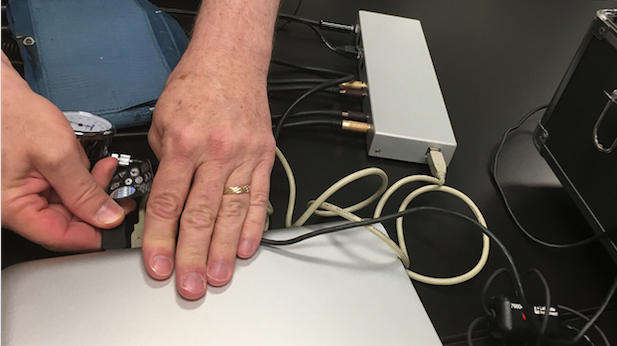 The country’s largest immigration agency spent millions of taxpayer dollars administering lie-detector tests to applicants who had already admitted to committing crimes and did not qualify to become law enforcement officers.

The agency is now rushing to hire 5,000 new officers.

Customs and Border Protection spent more than $5 million on the polygraph examinations for the applicants, who were already disqualified before they were even connected to a lie detector.

The Office of Inspector General released its findings Thursday. Its report says that over a four-year period between 2013 and 2016, about 2,300 applicants admitted during the application process to committing crimes such as illegal drug use, human trafficking and narcotics smuggling.

Then they were connected to polygraph exams, at a cost of $2,200 per exam. CBP pledged to stop exams as soon as someone admits to a crime.

UA Professor: Lie Detector Won't Reveal White House's Anonymous Dissenter Audit: Nearly Half of Border Agency Applicants Failed Entrance Exam Audit Shows ICE Isn't Hitting its Mark in Screening for Terrorists
By posting comments, you agree to our
AZPM encourages comments, but comments that contain profanity, unrelated information, threats, libel, defamatory statements, obscenities, pornography or that violate the law are not allowed. Comments that promote commercial products or services are not allowed. Comments in violation of this policy will be removed. Continued posting of comments that violate this policy will result in the commenter being banned from the site.