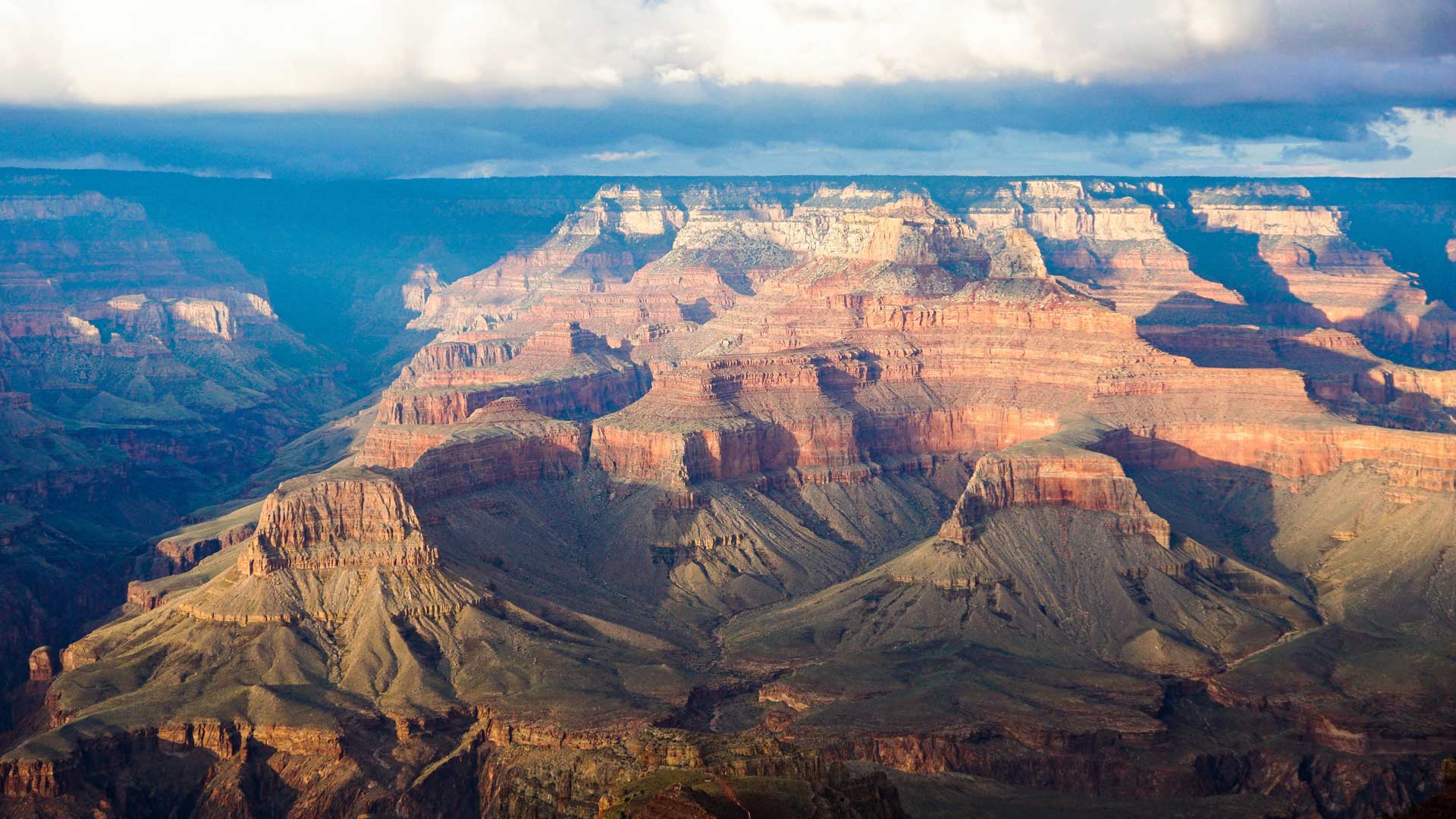 The Grand Canyon in northern Arizona.

The search continued Tuesday in a remote part of the Grand Canyon for a 62-year-old woman and her teenage grandson who were swept down a creek Saturday.

Their family held out hope that the woman has the outdoor skills to keep them both alive until they're found.

Lou-Ann Merrell, wife of Randy Merrell — who helped found the Merrell Boot Co. in 1981 — and Jackson Standefer, 14, lost their footing on a family trip and fell into the creek. Mark McOmie, Jackson's uncle, said the water roars down through rocks, so the family hoped the two could be on a boulder or have found a cave for shelter.

Officials were alerted when an emergency GPS locator beacon was set off below the canyon's North Rim, said Chief Ranger Matt Vandzura of the National Park Service.

The search resumed Tuesday and included three ground teams plus a helicopter, drone and a motorized boat, which was checking along the banks of the Colorado River near its confluence with the creek, park spokeswoman Robin Martin said

The ground teams, a total of approximately 20 people, remained in the canyon overnight, Martin said.

McOmie, who was not on the trip, said the Merrells are avid hikers and know the area well. He said Lou-Ann and Randy Merrell, who was also on the trip, live in Utah.

Lou-Ann Merrell is "a very experienced backpacker," McOmie said. "If they can get to a spot where they cannot be in the water and stay warm, she's got the skills needed to get them through it. The odds aren't great. But given their skills and knowledge of the area, that will probably lead to the best possible outcome."

McOmie said searchers have found their backpacks with belongings inside, which the family has interpreted with mixed feelings. He said it looks as if they were able to get their backpacks off.

"The bad part is that they don't have their gear," McOmie said.

The Merrells, Standefer and the boy's mother were on a path known as Tapeats Trail when the pair fell, authorities said.

The park service said it's too early to determine what went wrong. No rain or flash flooding was reported in the area, and it was not known whether the water level was higher than usual in Tapeats Creek, a tributary of the Colorado River that runs through the Arizona landmark.

Creeks in the canyon often see higher water levels in the spring as snow melts.

The park service describes conditions in the area on its website, warning that melting snow or heavy rain can make crossing the creek impossible.

The North Rim, an area visited only by 10 percent of Grand Canyon visitors, has rapidly changing weather and visitors should be prepared for heat, cold, rain, wind or snow, the park service says.

The McCallie School in Chattanooga, Tennessee, said Jackson is an eighth-grade student at the all-boys school.

"The entire McCallie community sends its prayers to the Standefer family and all those close to Jackson as we all hope for a positive ending to this situation," the school said in a statement.

CORRECTION:
A previous version of this story incorrectly listed the site where the hikers went missing. It has been updated to read "Tapeats Creek."

Grand Canyon Considers Thinning Bison Herd Spring Weather Draws Hikers, Then Rescue Teams Four Missing Family Members Hiking on Mt. Lemmon Located
By posting comments, you agree to our
AZPM encourages comments, but comments that contain profanity, unrelated information, threats, libel, defamatory statements, obscenities, pornography or that violate the law are not allowed. Comments that promote commercial products or services are not allowed. Comments in violation of this policy will be removed. Continued posting of comments that violate this policy will result in the commenter being banned from the site.