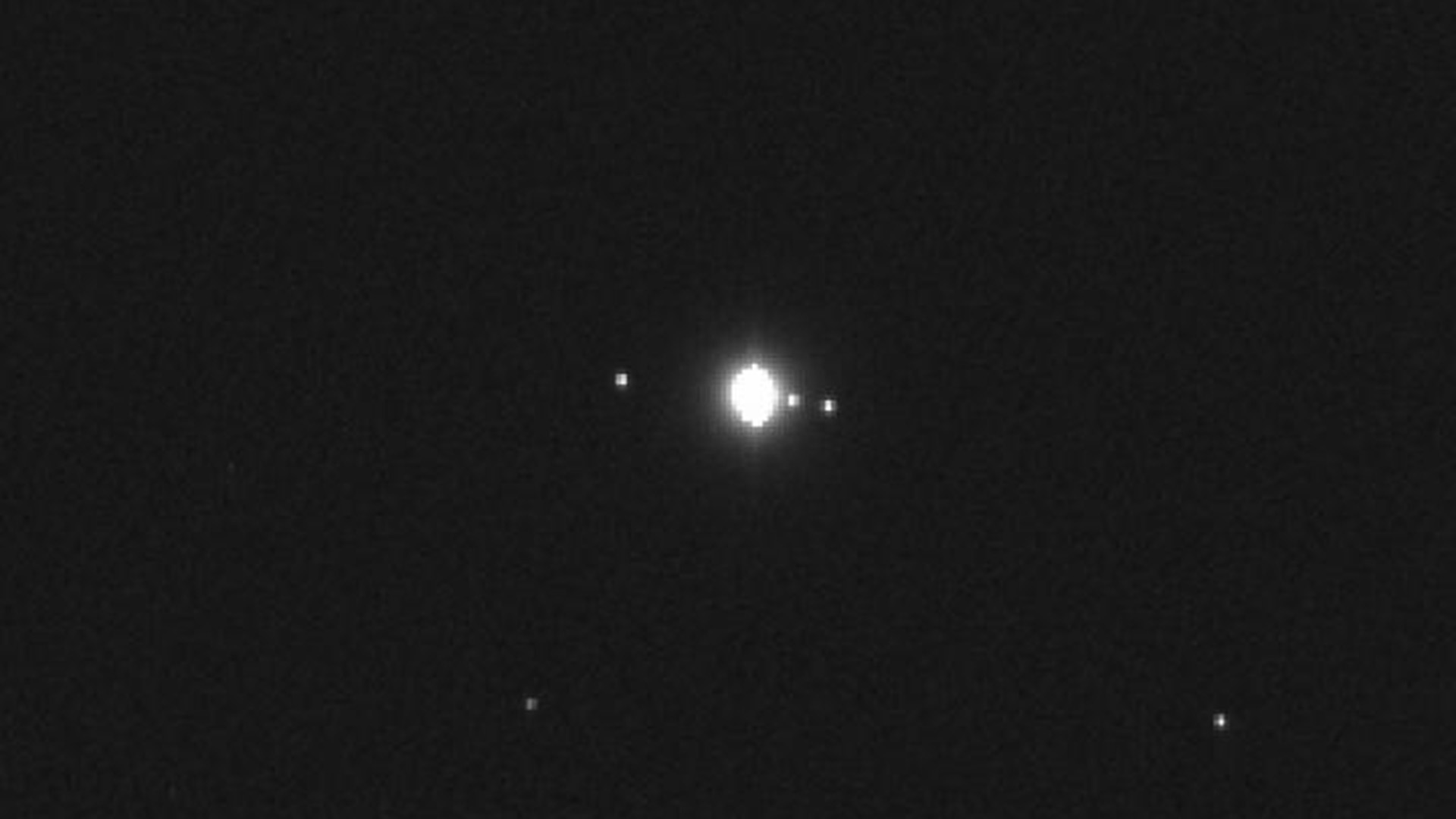 An image of Jupiter taken by OSIRIS-REx, 75 million miles from Earth and 419 million miles from Jupiter. With an exposure time of two seconds, the image renders Jupiter overexposed, but allows for enhanced detection of stars in the background.
NASA/Goddard/University of Arizona

In a search for as-yet unseen asteroids, NASA’s OSIRIS-REx spacecraft has taken a photo of the solar system’s largest planet and several of its satellites.

The University of Arizona mission to collect a sample from an asteroid activated one of its cameras last week to look for other asteroids believed to be orbiting Earth. Those asteroids are referred to as “Trojans.”

On the first day of its asteroid-search campaign, Feb. 9, OSIRIS-REx’s camera snapped a photo of Jupiter and three of its moons. A fourth moon, Ganymede, was passing in front of Jupiter and was not visible in the image.

In a news release, NASA said the spacecraft was 419 million miles from the giant planet when the image was taken. The Trojan asteroid campaign is allowing the mission to test one of its cameras on its journey to the asteroid Bennu.

OSIRIS-REx is spending 12 days searching for Trojan asteroids on its way back toward Earth, where it will get a gravity push in September on its journey to Bennu. The spacecraft is scheduled to get a sample in 2020 and return to Earth in 2023.

Dwarf Planet Ceres Gaining New Attention From Scientists UA Scientists Expect Bright Discoveries From Solar Satellite OSIRIS-REx Due To Begin Asteroid Operations Soon
By posting comments, you agree to our
AZPM encourages comments, but comments that contain profanity, unrelated information, threats, libel, defamatory statements, obscenities, pornography or that violate the law are not allowed. Comments that promote commercial products or services are not allowed. Comments in violation of this policy will be removed. Continued posting of comments that violate this policy will result in the commenter being banned from the site.