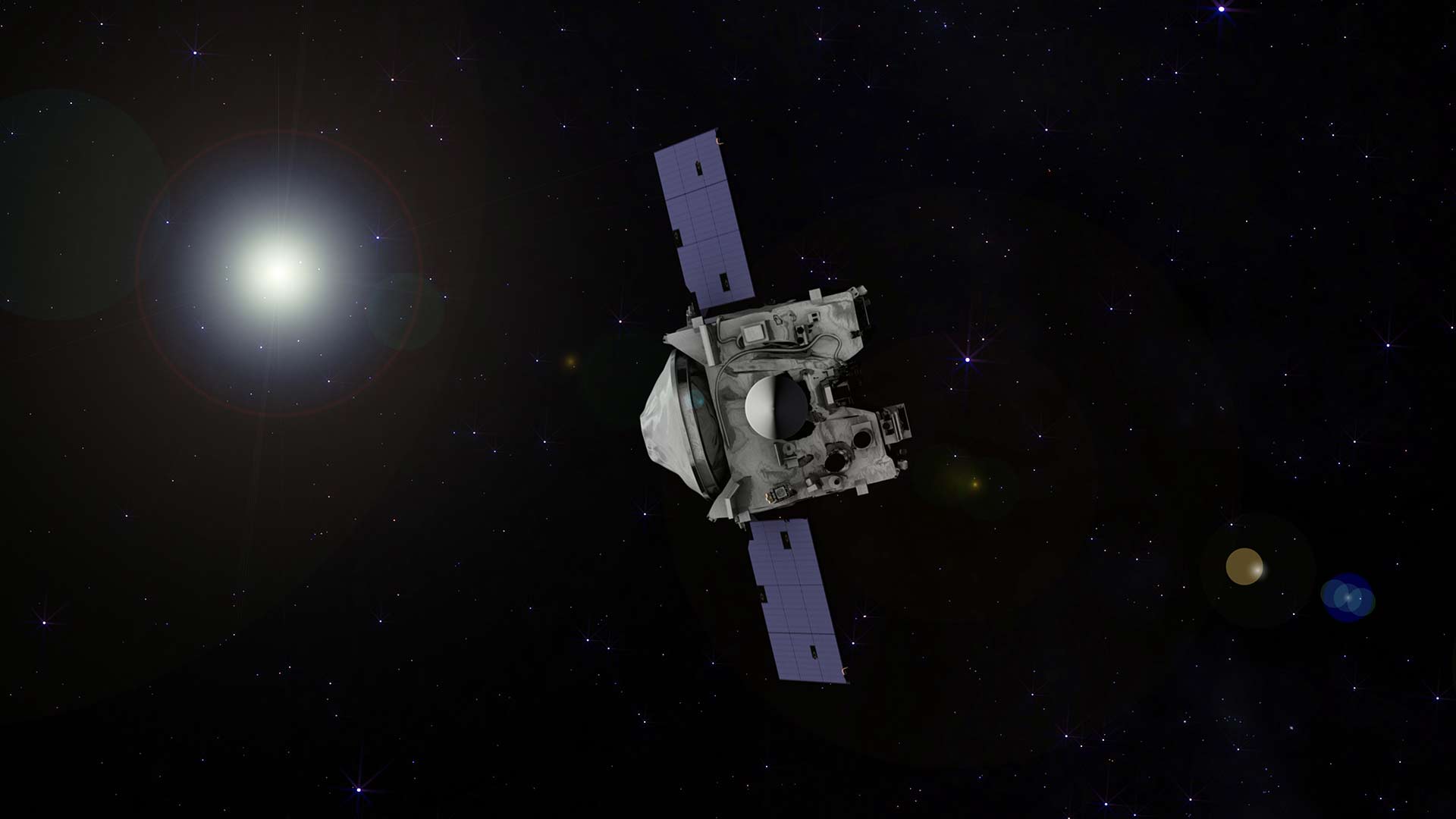 Scientists are getting ready for another milestone moment in the University of Arizona-led OSIRIS-REx mission to outer space.

The spacecraft will start the approach phase of its journey to collect soil from the asteroid Bennu. UA mission planners expect to receive their first photos of Bennu from OSIRIS-REx Aug. 17. At that time, the spacecraft will be 2 million kilometers, or 1.2 million miles, away from its target.

"We don't expect to have Bennu resolved yet, meaning we won't be able to pick out individual features on its surface," she said. "It will look just like a point of light very similar to a star."

OSIRIS-REx will orbit closer to Bennu so scientists can use the spacecraft's cameras to find the best location for it to drop to within a few feet of the asteroid's surface. Then, the spacecraft will collect a soil sample and begin its journey back to Earth, completing a 4.4 billion-mile round trip. Mission planners expect to welcome it home in 2023.

OSIRIS-REx Mission to Asteroid Bennu Marks Milestone OSIRIS-REx Captures First Images of Bennu, 1.4M Miles From Asteroid Space Dust Dings OSIRIS-REx Spacecraft
By posting comments, you agree to our
AZPM encourages comments, but comments that contain profanity, unrelated information, threats, libel, defamatory statements, obscenities, pornography or that violate the law are not allowed. Comments that promote commercial products or services are not allowed. Comments in violation of this policy will be removed. Continued posting of comments that violate this policy will result in the commenter being banned from the site.