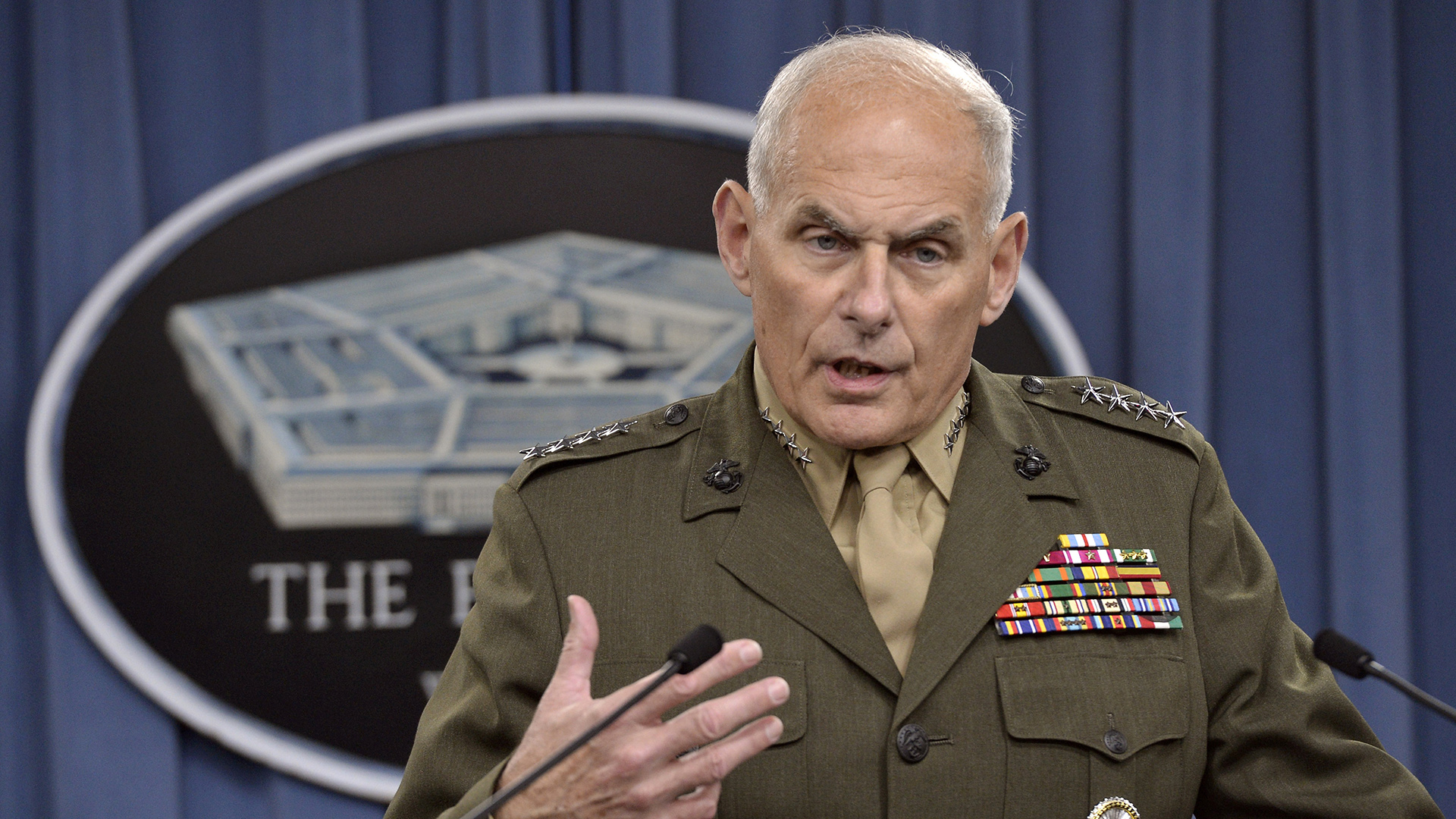 Then-Marine Corps Gen. John F. Kelly in March 2014 discussing developments in his command's efforts to stem the flow of drugs from South and Central America.
Defense.gov via Wikimedia Commons

United States Homeland Security Secretary John Kelly has said he will visit the U.S.-Mexican border in Southern Arizona by the end of this week.

Kelly told a U.S. House committee Tuesday morning he will be in the Tucson Sector.

“It depends actually on funding and all the rest of it, but I would like to see that we would be well underway within two years,” Kelly said.

The secretary said that when he’s in Arizona he will ask Border Patrol agents and law enforcement officials where they think wall construction should begin.

Focus on Arizona Border at Homeland Security Hearing Sheriffs Ask Where's Their Share of Border Strike Force Money Caution Over U.S. House Committee Hearing on Border Security
By posting comments, you agree to our
AZPM encourages comments, but comments that contain profanity, unrelated information, threats, libel, defamatory statements, obscenities, pornography or that violate the law are not allowed. Comments that promote commercial products or services are not allowed. Comments in violation of this policy will be removed. Continued posting of comments that violate this policy will result in the commenter being banned from the site.