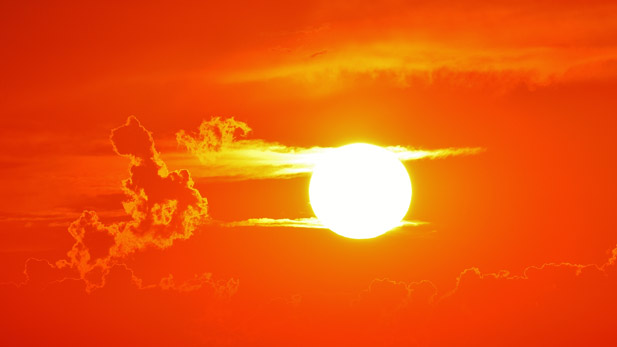 The sun blazes in the sky before it begins to set.

Nine of 10 Latinos in Arizona want President-elect Donald Trump and Congress to pass laws combating climate change, according to a poll from Latino Decisions

The poll also found that 75 percent of Arizona Latinos think the new administration should work toward using more clean energy.

The poll has a 4.9 percent margin of error.

A survey from the Pew Hispanic Center nearly two years ago found that, nationally, 70 percent of Latinos believe humans cause global warming.

Study: Ignoring Climate Change Could Mean Billions In Road Repairs Study: Saguaro Survival Sign of Climate Change Effect UA Science Lecture Series Examines Climate Change
By posting comments, you agree to our
AZPM encourages comments, but comments that contain profanity, unrelated information, threats, libel, defamatory statements, obscenities, pornography or that violate the law are not allowed. Comments that promote commercial products or services are not allowed. Comments in violation of this policy will be removed. Continued posting of comments that violate this policy will result in the commenter being banned from the site.