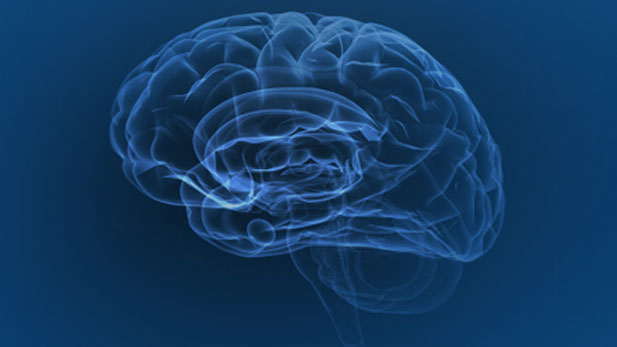 A new brain cancer study by the Translational Genomics Research Institute, or TGen, has revealed a surprising pattern that could guide future treatment and research.

The study, which was published online in the Dec. 6 edition of Neuro-Oncology, showed that more complex glioblastoma multiforme (GBM) tumors responded better to traditional treatments than did simpler, more robust tumors.

GBMs — the most common and deadly type of glial tumors, or gliomas — are tough to treat, even by brain-cancer standards. Aggressive, invasive and diffuse, they are so genetically and structurally complex that advanced, targeted therapies can find no Achilles heel to strike.

“We found that patients whose tumors had fewer genetic events — or phenomena happening in the tumor — had a very short survival, versus those who had a great response to standard, routine treatment, whose tumors were very complicated genetically. They seemed to be more vulnerable to the treatment.”

TGen researchers sequenced the genomes of 18 GBM tumors from deceased patients that had received the standard treatment — 10 of which had lived unusually long (33 months on average) and eight of which had died unusually soon (7 months on average). The median survival for GBM patients receiving standard-of-care treatment — surgical tumor removal, radiation and chemotherapy — is 14.7 months.

Berens said that his team was looking for tumor features that would help predict which patients would respond well to standard care and which might be better served by more nonconventional approaches. The researchers asked a basic question:

“Why, when glioblastoma patients receive standard of care, do some patients have a very short survival – and they don’t show good response – and other patients show an amazingly good response?”

Berens said that, if future studies bear out TGen’s results, the findings could guide future treatment recommendations. Patients with simpler, more robust tumors, which respond less to standard treatments, might be better off trying alternative approaches, such as experimental trials.

“We think standard of care has a less-than-standard kind of response for some of these tumors. So it gives the treatment team the opportunity to refine how they plan the treatment for an individual patient.”

ASU Completes Largest-Ever Study of microRNA UA Alzheimer's Research Looks at Aging Female Brain Tucsonan Runs to Phoenix - Literally - for Cancer Research
By posting comments, you agree to our
AZPM encourages comments, but comments that contain profanity, unrelated information, threats, libel, defamatory statements, obscenities, pornography or that violate the law are not allowed. Comments that promote commercial products or services are not allowed. Comments in violation of this policy will be removed. Continued posting of comments that violate this policy will result in the commenter being banned from the site.