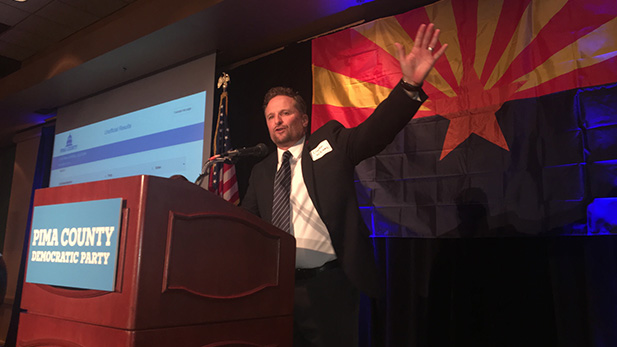 The two ran a relatively cordial campaign in which both called for better pay and working conditions for teachers.

Williams will succeed Linda Arzoumanian, who is retiring after 16 years in the job.

In the Tucson Unified School District Governing Board race, two incumbents and one newcomer won the three seats up for election, and a third incumbent was ousted.

Incumbents Mark Stegeman and Kristel Foster retain their seats on the board and will be joined by Rachael Sedgwick, a law student. Incumbent Cam Juarez finished sixth in the seven-person race and will not serve a second term.

More Than 600,000 Ballots Still Must Be Counted in Arizona TUSD Race Focuses on Teacher Retention, Transparency 2 Teachers Face off in Race to Be Pima County Schools Chief
By posting comments, you agree to our
AZPM encourages comments, but comments that contain profanity, unrelated information, threats, libel, defamatory statements, obscenities, pornography or that violate the law are not allowed. Comments that promote commercial products or services are not allowed. Comments in violation of this policy will be removed. Continued posting of comments that violate this policy will result in the commenter being banned from the site.